Girl who was Paraded Naked in a Pakistani Village Shares Horrifying Details!

An appalling incident took place in a Pakistani village with a local inhabitant, a teenage girl. Armed men in the village forced the 16-year-old to walk naked through the village. It was done in retribution to a past conflict that they had with the innocent girl’s brother. Further reports revealed that the men chose to do so in order to redeem their family honor that was brought to harm by the girl’s brother.

According to the local residents, she was targeted because her brother had a long-lost secret affair with a woman from the assailant’s family. As a consequence, the family chose to target this girl because that would make the case even and also restore their lost “honor”. Media, both local and international got the wind of it after it was circulated all over social media in Pakistan. It came about in the remote village of Chaudhwan, an area west of Dera Ismail Khan in KPK.

Talking to ARY News, here’s what she said:

After fetching water (from the pond), I was walking back home and just when I reached near Sanaullah’s house, 10 men stormed through Sajawal’s (the primary suspect) house from behind and pushed the water away from me. I fell down and they attacked me. They tore apart my clothes with scissors and dragged me in the streets. A cousin of mine handed me a dupatta to cover myself but the men got hold of it and even tore up that. I ran to a neighboring home and in order to seek refuge, hid inside, gripping a Charpai. But they showed up again, pulled my hair and dragged me out of the room. A resident of the same house came to rescue me but they beat him up. They began dragging me in the street all over again. Afterwards, the whole group locked me in a room for some time. They brought a car, put me inside and drove me around the whole village. They stopped by a forest, threw me out and took off. I managed to escape and reached my uncle’s home, where I changed my clothes.

Moving on, the girl’s uncle also released a statement. He pointed out the role of MNA Ali Amin Gandapur from PTI.

The only problem we have with Ali Amin is that he supports these people. Without his power, they would not dare to do such a thing with anyone. We are complaining because all that happened to us must have a backing of some force and power out there.

But it doesn’t end here. Major loopholes in the story have begun to surface all over media. The girl further revealed:

Police forced me to tell a different story. They told me that if this case surfaces further, they are going to put charges and create cases against my family. I was telling the truth but the police instead wrote a totally different account. My mother was abused and asked not to utter a word in this matter. Chaand Shah, the investigation officer also asked me to say that my clothes were not torn up by the men on the road but I, myself, went to my home and took off my clothes. Moreover, they asked me to tell that Sajawal, the primary suspect, in this case, wasn’t present at the time everything happened. 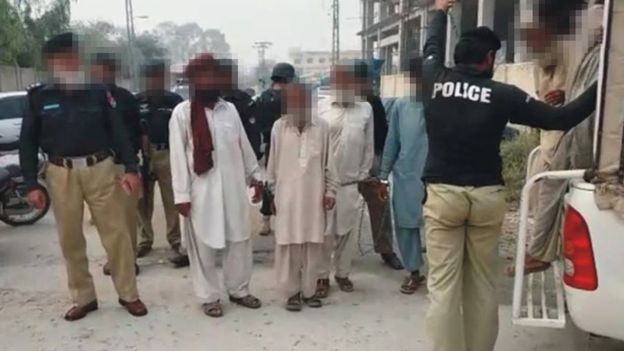 So far, police have arrested 8 men and are in search of the 9th. The details revealed by the girl are truly unbelievable and makes us want to think over how helpless people living in remote areas are and how much they are under the weight of power.