21-Year-Old Girl From Muzaffargarh Along Her Newborn Son Buried Alive!

The ideology of honor killing thrives in the dark abyss of privacy. This time a 21-year-old girl along with her newborn son was buried alive in Muzaffargarh. Reports inform the brothers at hand responsible for her honor killing. 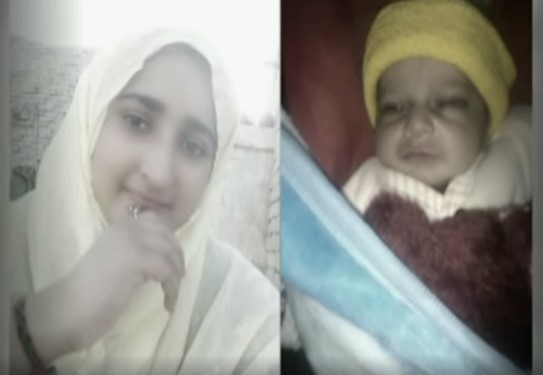 According to Mukhtiar Hussain, husband of victim Aiman, tells that both of them had a love marriage. Consequently, the family of Aiman was not happy with their decision. And, in order to preserve their honor, her brothers kidnapped her along with her son overnight and buried her alive.

Upon finding her wife missing, Mukhtiar registered a complaint to which the police started their investigation. The investigations led to her brothers who complied to have committed the crime.

The investigation led to a remote and barren area of Bakirshah, where the police dug up the area, coming upon the body of the victims.

According to the local DSP, Aijaz Bukhari, the brothers are behind bars and will be severely dealt with. Moreover, Aijaz sheds light on the fact that the police are still investigating the matter to catch any other criminal involved in the matter. 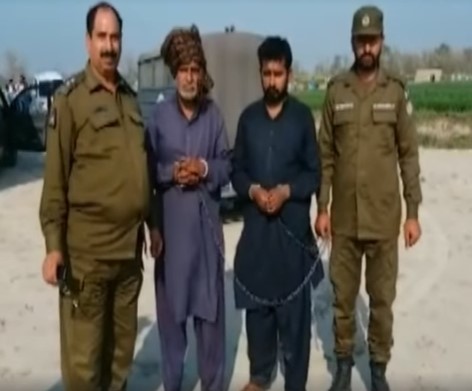 The Dilemma Of Honor Killing!

Besides the Muzaffargarh case, almost hundreds of cases are reported in Pakistan for honor killing. For starters, the killing of Qandeel Baloch shook all of us.

Honor killings in Pakistan are just a fortified version of the cult belief of drowning your daughter at birth. The reason is women for centuries have been subject to prejudiced judgment – at infantry or in teenagers. Also, the conventions have distorted the position Islam had given women when the world was against them.

Nevertheless, society calls the families of victims honor-less, to which they have to bear up with all that societal pressure. Clearly, it’s again the definition of ‘honor’ in our society that needs to be corrected. Following, the fact that our society needs to realize that killings don’t restore honor, they rather dishonor nations globally.

Mostly, couples who are in love or tend to elope together are the customary targets of killings in the name of honor. In most cases, people are murdered just for the reason that someone is their family got suspected of their certain acts. Nonetheless, it is highly shameful in feeling honor by doing something that would bring the wrath of Allah.

Previously, the Parliament took a bold step to end honor killings in Pakistan. Still, there are certain areas within Pakistan where this heinous act is carried out.

However, the only solution to stop this tyrannical act is to condemn the in-human culprits with the same torture, that they have done with the victim. It’s should be a tit-for-tat situation!

Realme Unveils 5i & C3 In A Star-Studded 1st Campus Launch In Lahore
Tech Giants Get Together To Riot Against Pakistan’s Censorship Rules!
To Top