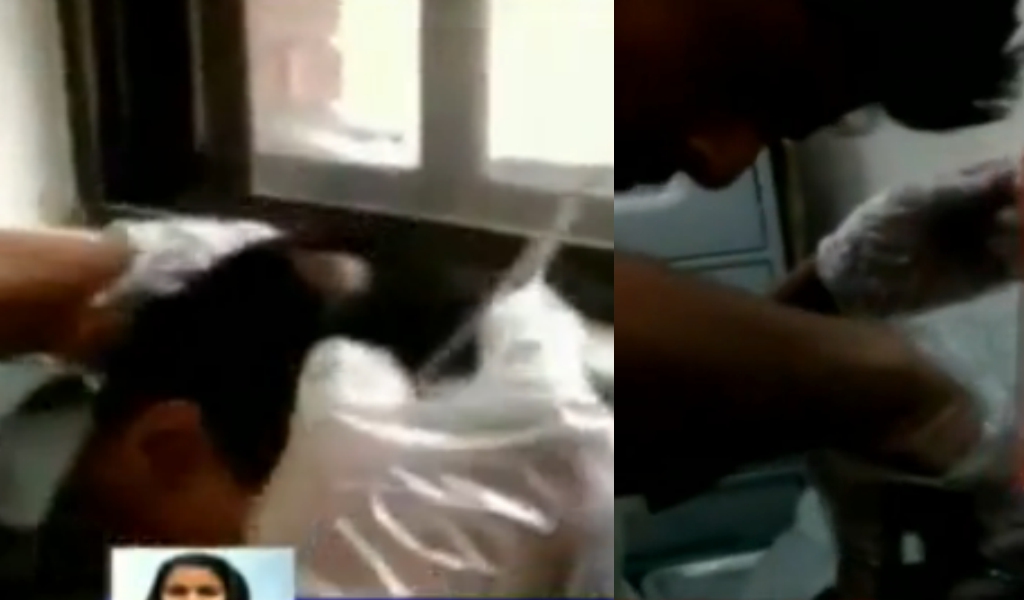 You know how they say; there is nothing that is impossible to do in Pakistan. But, everything possible may not be feasible. For example, getting an admission at a University without a merit, getting your documents attested, getting a fake degree and so on… don’t you agree with this?

However, a recent incident took place at Ghaziabad Government Hospital, Lahore, which was extremely objectionable. Now, it was something none of us would’ve approved of, but it’s high time we let the word out to the higher authorities in charge as to why such things, that too in places like hospitals are occurring so often.

According to the video, Irfan, a sweeper at Ghaziabad Hospital was found stitching up a little child’s head and treating him. When this footage was recorded, dispenser, Obaid Al-Haseeb was on duty and as per his instructions, Irfan was told to proceed with the treatment and was also told to trim the child’s hair around the wound.

After the video was leaked, the investigation led by EDO Health Lahore, Dr. Zulfiqar Ali, came to the conclusion of suspending both the culprits, Irfan and Obaid. However, when this footage was recorded the medical officer, Dr. Inaam, who was on duty at that time, has also been given a Show-Cause Notice.

Dr. Waseem, who is the Technical Officer at the EDO Health Lahore Office, has been appointed for further investigation against Ifran, Obaid and Dr. Inaam.

It’s time to wake up the higher authorities, and let them know that playing with the lives and health of innocent, is no joke. The ignorance and negligence, in this case, cannot be justified, and regular inspections need to be conducted, which are vital in order to keep the grounds of the hospital, safe from such people.

What are your thoughts on this? Let us know in the comments.