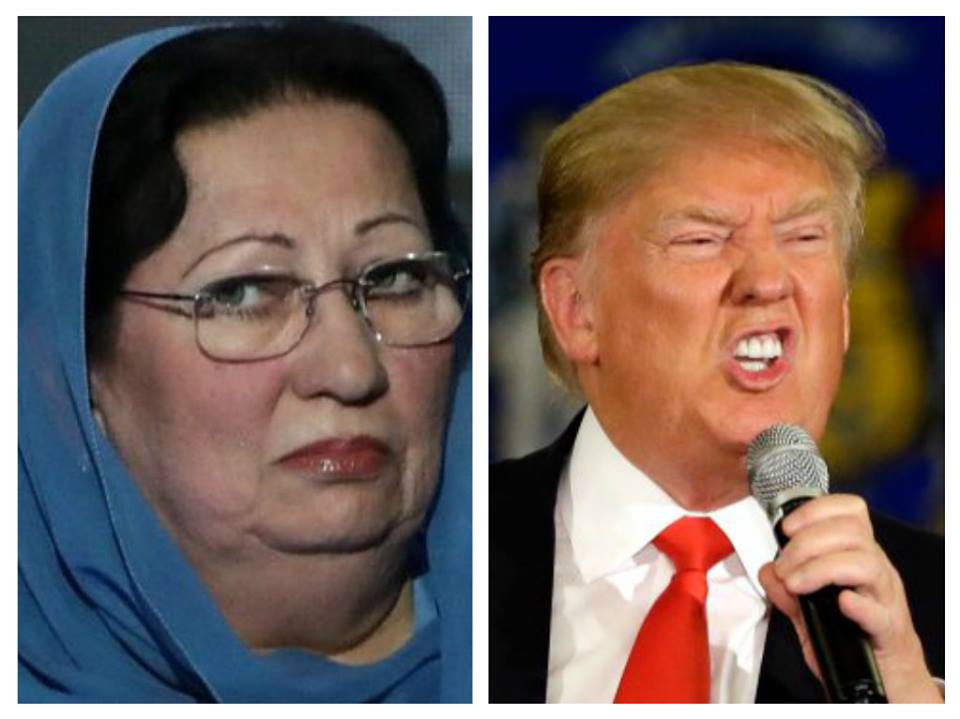 The United State of America is having a stand-off between Hilary Clinton and Donald Trump for the most powerful position in the world, its presidential seat. However, at the Democratic National Convention in Philadelphia, USA something spread like wildfire, and the whole world saw it.

For those who still are missing this big news, Khizr Khan along with his wife, Ghazala, went on stage in an attempt to convince people to side with Hilary Clinton. Being a gold star family, as their son Humayun Khan got killed in Iraq while serving the US Army, they were met with a lot of cheers and respect.

Donald Trump focused his attacks on Ghazala Khan, who stood by her husband as he gave his speech. Trump believed that Ghazala was being silenced by her husband and did not have “permission” to speak. Finally, the much awaited reply of Ghazala came through and it’s a strong one:

“Because without saying a thing, the entire world, all America, felt my pain. I am a Gold Star mother. Whoever saw me felt me in their heart.

Donald Trump said I had nothing to say. I do. My son Humayun Khan, an Army captain, died 12 years ago in Iraq. He loved America, where we moved when he was 2 years old. He had volunteered to help his country, signing up for the ROTC at the University of Virginia. This was before the attack of Sept. 11, 2001. He didn’t have to do this, but he wanted to.”

“I cannot walk into a room with pictures of Humayun. For all these years, I haven’t been able to clean the closet where his things are — I had to ask my daughter-in-law to do it. Walking onto the convention stage, with a huge picture of my son behind me, I could hardly control myself. What mother could? Donald Trump has children whom he loves. Does he really need to wonder why I did not speak?

Donald Trump said that maybe I wasn’t allowed to say anything. That is not true. My husband asked me if I wanted to speak, but I told him I could not. My religion teaches me that all human beings are equal in God’s eyes. Husband and wife are part of each other; you should love and respect each other so you can take care of the family.”

Ghazala Khan was never silenced. She just could not speak as there was a huge picture of his son being displayed on screen behind her at the convention during her husband’s speech. Even the strongest mother would not be able to stand tall and strong like her at that moment, yet she showed full support to Khizar Khan. By doing that, she is among the strongest women and definitely among the courageous for taking on a non-serious multi-billionaire business tycoon Donald Trump. When asked whether she was ready to face the change from a private life to a public one now that both the couple has openly rejected Trump, she answered: “I am, if my husband is as well.” 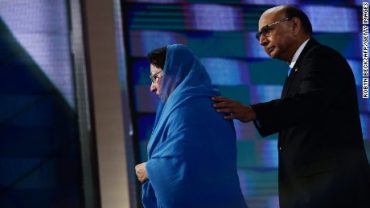 Although the couple is not seeking to jump into politics, what they said was remarkable and we all need people like them in our life. Someone who would knock sense in our minds.