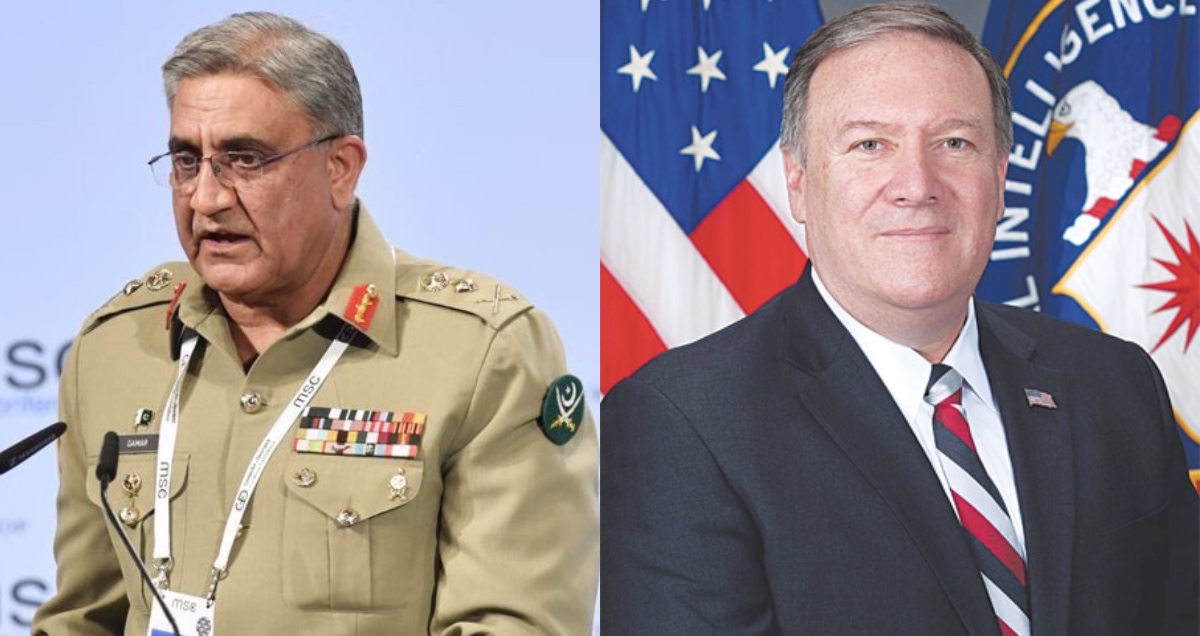 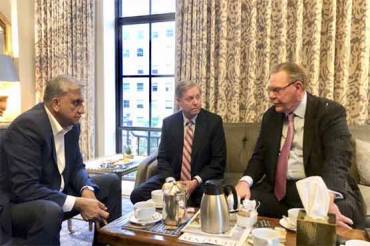 Besides Michael Pompeo, the army chief met with Acting Defense Secretary Richard Spencer, Chairman of the Joint Chiefs of Staff Committee Gen Joseph F. Dunford and Joint Chief of Staff Gen Mark Milley. Moreover, the chief of army staff was also present in the delegation which met President Trump in the White House.

General Dunford received General Qamar Javed Bajwa at Pentagon. On the arrival of the Chief Of Army Staff (COAS), a 21-gun salute was also presented.

COAS interacted with US Military leadership at Pentagon. Regional security situation and bilateral military cooperation discussed. US leadership acknowledged contributions of Pakistan Army in war against terrorism and role towards Afghan peace process. (1 of 2). pic.twitter.com/E0XrHgYhpd

Director-General Maj Gen Ghafoor ISPR said, “US leadership acknowledged contributions of Pakistan Army in the war against terrorism and [its] role towards the Afghan peace process.”

The Afghan peace process was the major point of discussion between General Bajwa and US Secretary of State Michael Pompeo. The two dignitaries also talked about the significance of bilateral relations between the United States and Pakistan.

As per DG ISPR, the army chief quoted, “Pakistan attaches great importance to restoring a robust bilateral relationship based on mutual respect, trust and shared values.”

COAS visited US State Department and called on US Secretary of State Mike Pompeo. The two discussed regional security issues especially focussing on Afghan peace process, noting the importance of an Afghan led and Afghan controlled solution. (1of2). pic.twitter.com/ANdzb5OT4I

As per the sources, General Bajwa stated in a meeting with US Senator Lindsay Graham and Ex-US Gen Jack Keane that strong relations between Pakistan and the US were necessary for regional stability.

COAS apprised them of the improved security situation in Pakistan and the resulting opportunities for foreign businesses to invest in Pakistan. “Bilateral relationship holds potential for both countries and would also assist in regional stability”, COAS.(2of2). pic.twitter.com/26BnAWqbrD

General Bajawa told Graham and Keane about the enhanced security situation of Pakistan and also updated them about the opportunities for foreign investors in Pakistan.

Read Also: PM Imran Khan Gave A Fantastic Speech In His US Jalsa

Think tanks across the globe stating about the significance of the visit of Chief of Army Staff (COAS) to the US. Many considering the visit is a breakthrough in Pakistan’s foreign relations.

Daraz Just Introduced Their New ‘Instant Messaging’ Feature Taking Online Shopping To The Next Level!
This Pakistani Girl’s Question, “If We Are All Saints, Who’s The Sinner?” Has Left Everyone Speechless!
To Top