Gautam Got Gambhir-ly Trolled For Remarking Khan As A Role Model For Terrorists|Parhlo.com 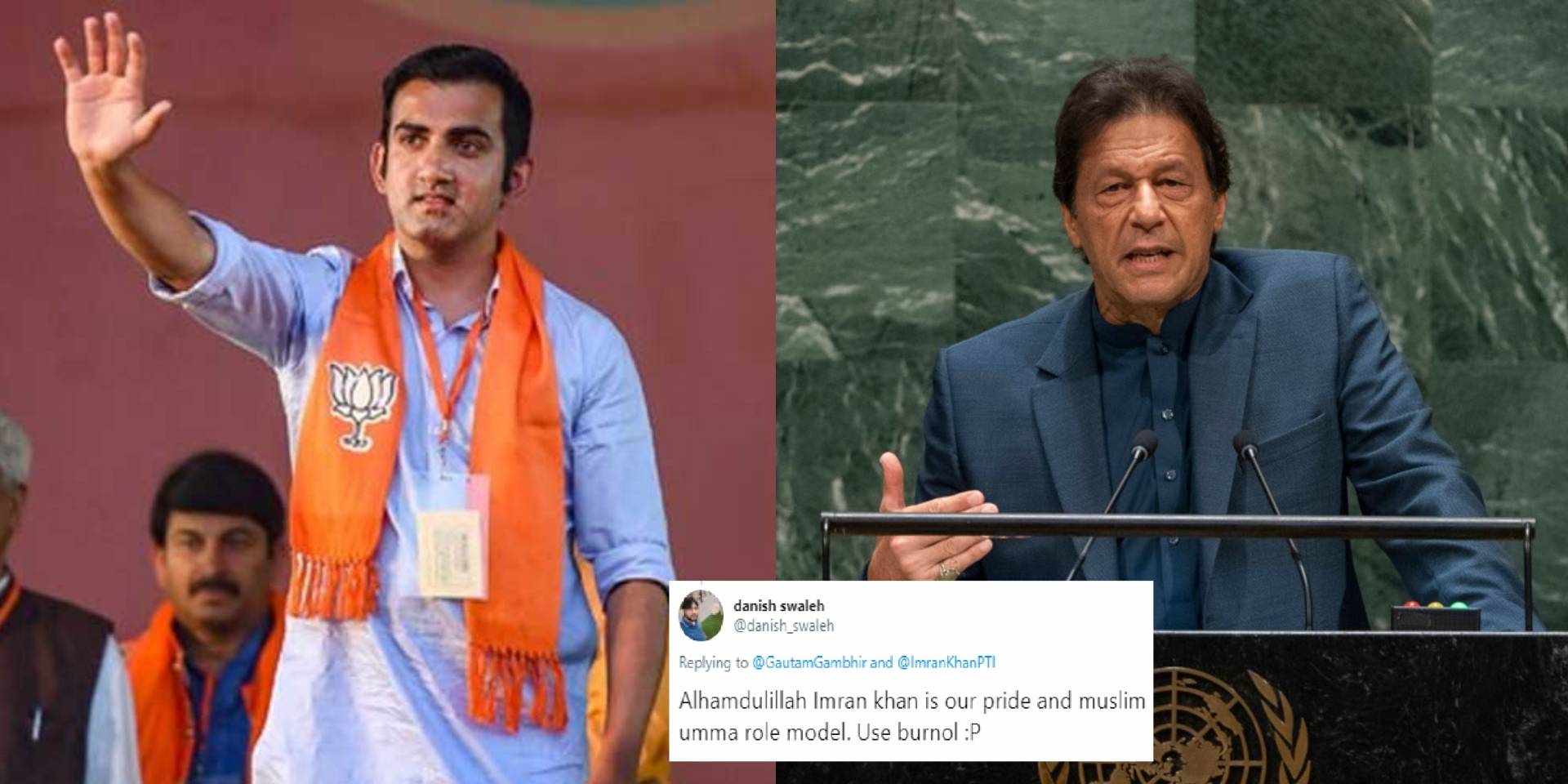 As far as our memories go we haven’t heard any BJP leader saying one sane word that would make us think “oh so wise”. They’re always up for spreading absolutely any fascist thought that would make them popular among the majority of their nation i.e. Hindus. So, before you forget the caliber of their leaders, another remark comes rolling by from one of their leader and ex-cricketer Gautam Gambhir.

After the speech of Imran Khan in the UNGA, the Indian government and Media got triggered to infinity. But there was nothing wrong they could point out from his speech that would make Pakistan look bad. Because the opposite was happening, almost everyone who heard that speech became positive about the views of Pakistan and Islam.

The countries in power found Imran Khan’s speech very reasonable. When Indian Media found nothing against it they started doing propaganda on the time limit that Khan exceeded saying that he disrespected UNGA.

We feel sad for Indians. Because they really might have put their heads together to figure a way out to save their face. And THIS is what they came up with. Lame. Nobody cared much.

Anyways, since that failed. So Gautam Gambhir jumped in as a savior posting this wanna-be intellectually cool tweet.

Sportspeople are supposed to be role models. Of good behavior. Of Team spirit. Of ethics. Of strength of character. Recently in the UN, we also saw a former sportsperson speak up. As a role model for terrorists. @ImranKhanPTI should be excommunicated from sports community.

Come on dude, you thought the world would buy that? Better double-check before being too positive about sharing your insane views.

So well he wasn’t just going to get away after calling the beloved Pakistani Prime Minister/Ex-Cricketer a terrorist. Twitter had a good laugh and Gautam Gambhir got trolled badly.

No wonder why Sir Geoffrey Boycott called you a rubbish.
This is how the cricketing world remembers you! https://t.co/WvAAo0SG0w

Even your own people now? Very Gambhir, Gautam!

This one was silent but a killer, haha!

Like this wasn’t enough the Indian politician and cricketer Gautam Gambhir got trolled by his own follower who is an Indian author, Prerna Bakhshi.

Still a better cricketer than you ever were. https://t.co/OIrses8Mr7

Thousands of Twitteratis loved her response to Gambhir.

Well, that should’ve been enough for him to start reevaluating his words. Because who knows he might get excommunicate for posting such a baseless tweet.

Though this is not the first time Gautam Gambhir got trolled, he’s probably used to it.

No matter what people like Gautam Gambhir say on the outside to make themselves feel better, deep down they know that the UNGA speech of Imran Khan has destroyed them.

So to all those Indians having second thoughts, you’re totally welcomed to take a u-turn. Yeah, it’s ok. Even our Prime Minister takes them too…for good…sometimes. Come join our side. It’s the stronger one.