Gandhi's Ashes Stolen And Poster Vandalized - Hindutva On The Rise In India|Parhlo.com 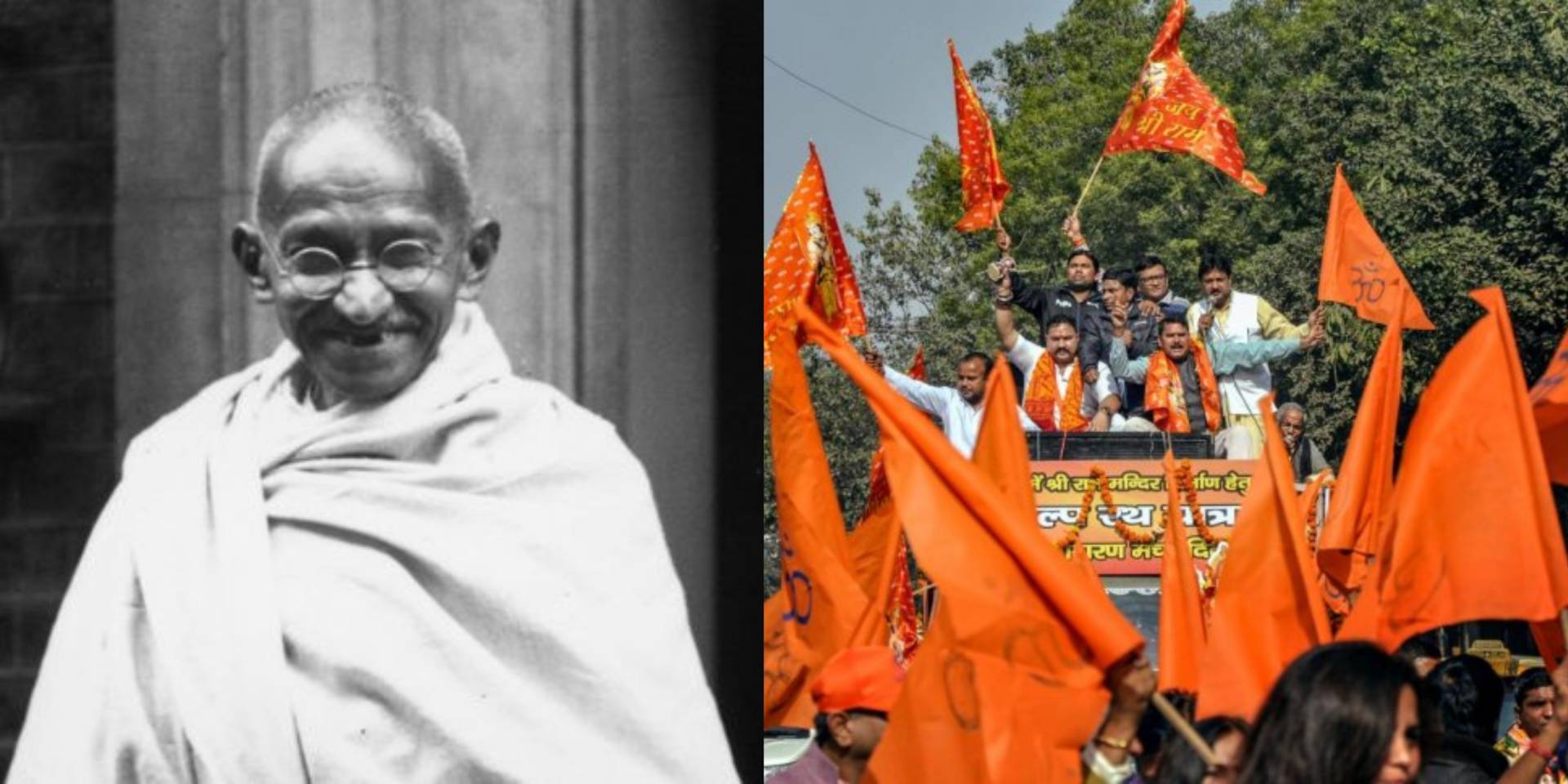 How many times did we hear our Prime Minister telling us that Hindus of India are a fascist nation? And how many times has India negated that statement? In fact, in return, they baselessly start accusing Pakistan as a terrorist nation. Well, the truth cannot be concealed long. So, with passing time their fascism is becoming more evident.

There’s a long history in the relationship between fascism and Hindus of India. They had never liked Muslims to be around them. Never liked the Sikhs either. Nor the Christians. All they have ever wanted is a land pure of any other sect or religion. A HINDU-stan, basically.

All the bloodbath that happened before, during and after the independence of Pakistan against Muslims is proof of that. Also, part of which is the suffering still seen in IoK that got intense this July. Then the massacre in the Indian-Punjab against Sikhs in the 1984 anti-Sikh riots where thousands of Sikhs were killed by Hindus. Many organizations had declared it a genocide. And there has also been known violence against Christian by Indian political parties and government too. Their priests have been killed, churches have been destroyed, crimes like sexual assault, conversion by force have taken place and whatnot.

Let’s not forget the murder of Gandhi. The motive behind Gandhi’s assassination was also motivated by fascism. Gandhi was accused of treating his nation unjustly by accommodating Muslims too much, letting them have Pakistan where they killed the Hindu minority. And that Gandhi was inclined towards the religion Islam. None of which can ever be a good enough reason for a neutral human being to kill someone. Especially, killing the person who got them independence in the first place. Unbelievable.

The people who can do that, are capable of doing all sorts of ills.

Well, behind all of the genocides and murders that have been lead by India till today, there has always been one name found, Rashtriya Swayamsevak Sangh (RSS). It is a Hindu nationalist, paramilitary volunteer organization. Keshav Baliram Hedgewar found it in 1925. The purpose of this organization is based on Hindu nationalism or Hindutva.

This organization had a leading but covert role in the majority of the riots, murders, and massacre that have taken place in India. Including the one during independence, against Sikhs and Christians, the assassination of Gandhi and the now happening genocide in Kashmir. Even Human Rights Watch traced back most of these incidents to RSS. However, they have never accepted responsibility.

All of this still didn’t seem enough to RSS. So they decided to bother Gandhi again. Suddenly they realized that just killing him didn’t serve him enough for messing with the Hindus which he by the way never did in the first place. He got them a land to live. Ungrateful lads. Anyways, so they stole the ashes of Gandhi on his 150th birthday from a memorial in Bapu Bhawan, central India. And Vandalized the face of the “father of the nation” with green paint saying “traitor”. What a shame.

Gandhi’s ashes had been kept safe in the memorial for the past 71 years.

The Rise Of Hindutva In India

It isn’t just a group of people or an organization that is up to all these brutalities and shameful acts, it’s an ideology. The one that is spreading like wildfire under the influence of BJP.

The current government of the Bharatiya Janata Party (BJP) is also said to be following the same ideology. As RSS is widely regarded as the parent organization of the BJP. Hence, ever since the government has taken charge, anti-Muslim activities have been occurring in the region. Even the election campaigns of this political party were anti-Muslim so it wasn’t a surprise. With that, the choice of the Indian Hindus became very clear to the World.

In the past few months, BJP has sent para militants in IoK and has violated all human rights. Complete blackout and sexual, emotional, and mental abuses. And the surprising part is that the government likes every time in not taking responsibility for it.

However, despite RSS being banned from India more than once it still holds power. And continues to infect the mentality of Indian Hindus.

Imran Khan Pointing Out Hindutva As A Threat To The Future

Imran Khan during his speeches on the visit to the USA and even in UNGA had mentioned the Hindutva ideology of BJP several times giving reference to the role of RSS in the assassination of Gandhi. He also suggested to look up in history and confirm every word he says. He called it a terrorist organization saying its toxicity has affected the entire region especially the Muslims on both sides of the border.

RSS has spread more terror among people of all religions (except Hindus) and has negatively affected Indians than any other facet. It has made people believe in the Hindutva ideology which spread a lot of hatred and chaos in the region. So, now every Hindu in India believing in that ideology cannot bear the existence of any other religion near them which is eventually leading India towards a very bloody path.

Stealing of Gandhi’s Ashes might not seem like an act of terror on the surface but the disrespect and embarrassment that it has brought the nation is undeniable.

Extremely Clever Ways Our ‘Terha Yaar’ Always Comes To Our Rescue!
Inam, A Student Of Comsats University, Islamabad Dies Because Of Management’s Gross Negligence!
To Top