Game Of Thrones Season 8 Gives You: Bran The Meme Sensation|Parhlo.com 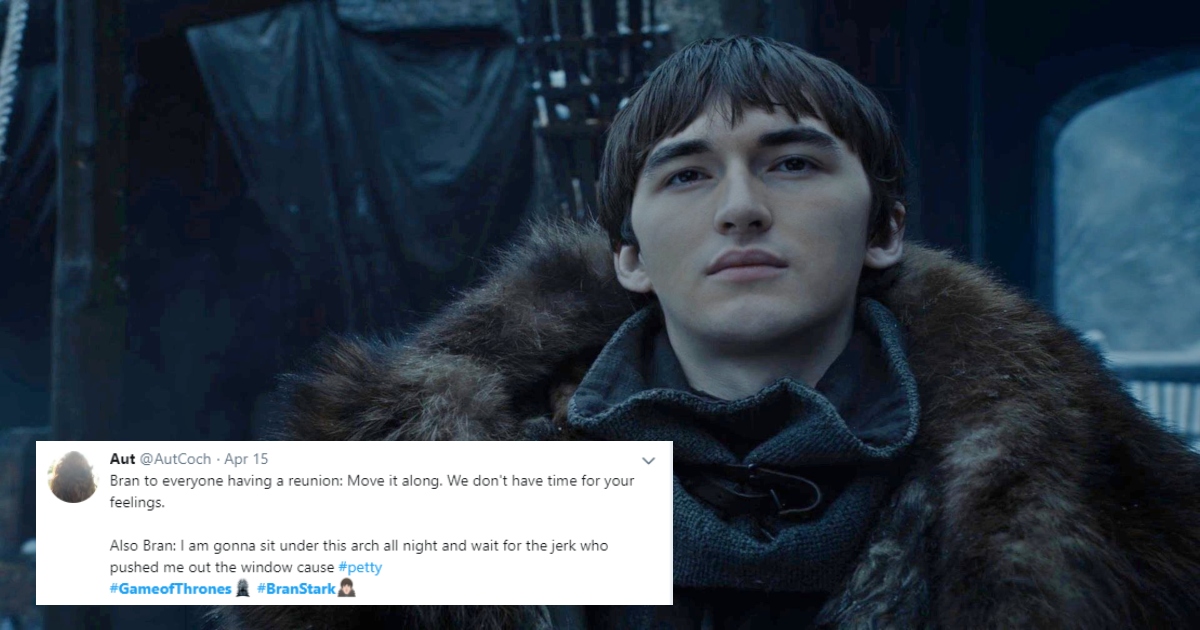 Game of Thrones Season 8 episode 1 aired recently and while you were watching it, you chuckle and say to yourself ‘Bran is being such a creep’ and the next day you wake up to find that you weren’t the only one who thought that. The entire Game of Thrones fan base is with you in this.

Yeah, Bran’s power of knowing everyone’s dirty secrets is great, but that has definitely turned him into a creep. The wheelchair-bound Stark is a key player this season, no doubt and I am more than thrilled to see how he helps in the Great War.

Out of his best creep moments, the one that makes me laugh every time I think about is his scene with Jamie Lannister. A little recap, back in 2011 in the pilot episode Jamie pushed little Bran from the tower window. The long fall to the ground crippled him. This Sunday’s episode brought them back together and this has made Bran’s storyline more interesting since now it’s uncertain how the story will progress. The look of horror on Jamie’s face though – Priceless.

Twitter users made sure to let no chance pass by of pointing out Bran’s intense stare and boy oh boy are they creative in expressing it. Have a look!

READ ALSO: How Important Tyrion Lannister Will Be In Game Of Thrones Season 8

Not even 24 hours and Bran Stark looking like a creep Memes are coming in hot! #GoT #BranStark #Meme pic.twitter.com/xI6K531FcZ

They see me starin’, they hatin’

Gonna know all they did dark and dirty

When Jamie saw Bran at the end #GameOfThrones pic.twitter.com/9Q81btk94W

Whenever someone spots Bran #GameofThrones pic.twitter.com/gCFeRQFDRX

I honestly can’t stop myself, there are so many and so hilarious. I’ll add this last one.

Did Sophie Turner Just Give Us All A Massive Spoiler?

Did Sansa Stark make it through all the seasons of Game of Thrones only to die in the last one? Let’s hope not. The fans, however, are doing a Sherlock on this one, when Sophie Turner posted a picture of herself on her Instagram account. 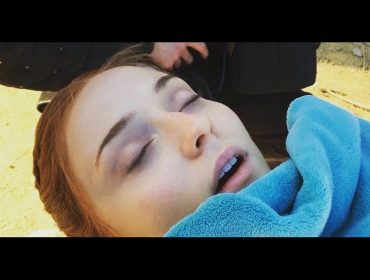 Her Caption: “In honor of the final season of Thrones premiering tonight …. Here’s a picture of me asleep on set.”

This made everyone speculate that she is hinting towards her death, after seeing this picture of her wrapped in a towel/blanket and sleeping. Sophie shouldn’t play with us like that. She has everyone fearing that with her pale picture and mouth open, gives a clear signal of Sansa dying this last season. Although she mentioned that she is just resting her eyes- but here’s what she did to all the Game of Thrones and Sansa Stark fans.

Take a look at comments she received on her insta picture:

“Sansa becomes a white walker. One of the guys in post-production told me.”

“Was that after Khaleesi knocked you out with that dragon comeback”

“I bet the whole Game of throne is Sansa’s nightmare and it ends with a whole set of a new story !”

Such a player she is.

Who are these people and where have they come from?

At this point, I think fans are reading too much into it.

“This is not her sleeping! This is her mask! She will be beheaded that’s what I think! You can tell it’s not real! Omg! Sophi why did you spoil the show for me!?!?”

There you go! Someone said it.

“This is NOT a spoiler. A.) Sophie is NOT that stupid. Give her a break. B.) She’s sleeping. C.) I’m sure that this is as innocent as that. Why can’t people just hold their horses, and take some things at face value? Good grief.”

On The Bright Side, Sansa Stark’s Character is acknowledged in ‘Game Of Thrones’ Season 8 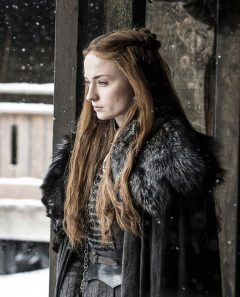 This lady of Winterfell has come a long way when her siblings were becoming generals, assassins and all-knowing three-eyed whatever Bran is- Sansa Stark’s hardships were clearly undermined. It seems that she has learned her way around the court politics now but she was actually an underdog playing her game in the King’s Landing ever since she was taken in as a prisoner and Fiance by Joffrey. It is what she never said got her this far, think about it. She was swarmed with enemies after her father’s beheading and half of the Starks on the run; it was her knowing when to smile, quietly listen and play along so she won’t get killed. She was fighting for her survival by not giving the slightest of an idea who she really sides with, hiding her pain and screams under a smile and shapeshifting to please people. If she wasn’t smart to handle herself in King’s Landing, we would have not seen her in the next season, let alone see her make it till the end of the seasons.

Sansa Stark stood up to dreadful abuse and became what her enemies wanted her to see while she strengthened her own resolve on beating them when the time comes and it did. She is this strong woman we see before us that even someone as smart as Tyrion acknowledged her and when they reunited in the episode ‘Winterfell’, he says to her – “Many underestimate you. Most of them are dead now.”

Her character that was put through hell and back, but finally, nothing grand but still an acknowledgment was given to her and not just from Tryion but also from Arya. When she reunites with Jon and they are talking about Sansa; Jon states that Sansa thinks she is smarter than everyone else, to which Arya replies in an instant “Sansa’s the smartest person I’ve ever met.”

Almost as if this is such an obvious fact. But we aren’t sure if she truly meant it in the same context as we are discussing but nevertheless, Game of Thrones finally gave her character the limelight it deserves by declaring that she is no longer the foolish little teen we knew who had stars in her eyes as she came to the King’s Landing and dreamed of being a queen. In fact, she is Lady Of Winterfell, who fought in her own way quietly.

READ ALSO: Most Asked Questions About The Game of Thrones

Pakistan Vs India — Will They Ever Stop Fighting?
12 Foods That Are Scientifically Proven To Make You Happy
To Top