It’s Game of Thrones season around the globe again and everyone is anxiously waiting to see what unfolds. It’s safe to say ‘The Wait Is Finally Over’. This mega production is about to air its last season, season 8 which promised an ultimate climax. Who wins the iron throne? Which death will become the unexpected one? Should we expect a major turn to the story which will become our lasting GoT memory?

The show first aired in 2011 and gave the audience some shocking twists and turns that included gory, barbarism and well several R rated scenes. It is seven seasons long with countless characters and we wouldn’t blame you if you couldn’t keep a track. So we wrote an entire seven-season recap for you. Ready? Get your reading glasses on.

Season one takes off and we see members of the Night’s Watch, an ancient order that guards the wall of the North of Westeros coming across an un-human being known as a White Walker, in a forest. Ned Stark (Lord of Winterfell) and the Warden of the North is paid a visit by Robert Baratheon asking him to serve on his side as the Hand of the King, after the sudden death of the previous Hand of the King. 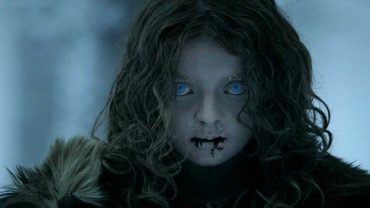 Cersei Lannister that is the bride of Robert Baratheon is allegedly involved along with her family in killing if Jon Arryn (Hand of the King). Stark’s daughters Sansa and Arya travel with him to King’s Landing. While Bran, his second son witnesses Cersei and her brother in an intimate compromising situation and gets found out by the two. Jamie then shoves Bran from the tower he climbed up to and takes a huge fall but survives, although goes into a coma and becomes paralyzed, which we later see that his survival become a problem for Cersei and Jamie. 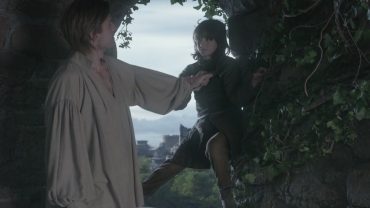 Tyrion Lannister (Brother of Cercie and Jamie) along with Jon Snow (Ned Stark’s bastard son) investigate the white walker incident reported by the Night’s Watch. Jon Snow decides to stay with the Night’s Watch. Tyrion who accompanied Jon previously is now arrested under the suspicions that he tried to murder Bran. It was Ned Stark’s wife Catelyn Stark who believed Tyrion to be responsible. Vale of Arryn is where he gets imprisoned and is watched carefully by Catelyn’s sister Lisa Arryn. Tyrion then demands a trial by combat fearing that he will otherwise be thrown through the moon door by Lord Robin Arryn, for his mere amusement. Bronn is chosen to fight for Tyrion and wins. 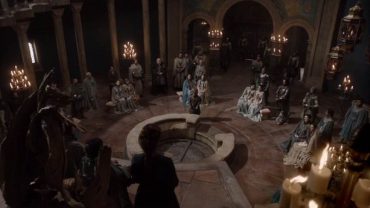 Robert Baratheon dies rather suspiciously during a hunting accident when he is attacked by the boar and suffers fatal wounds. Ned is named as the protector of the Realm until Joffrey (Cersei’s son) comes of age. Cersei later accuses Ned of treason and he is beheaded on Joffrey’s commands after he is declared King by Cersei.

The entire Stark family is ruined after Ned’s beheading. Sansa is arrested by the Lannisters and Arya manages to escape. Stark’s do not sit still and Robb is named King of Winterfell. He rallies his armies of North against the Lannisters.

On the other hand, Daenerys Targaryen is married off to Khal Drogo, the Dothraki warlord. She considers herself to be the rightful heir to the Iron Throne and plans accordingly. Drogo is killed by a witch named Mirri Maz Duur, she uses her magic to poison Drogo and kill his unborn son. Daenerys later avenges Drogo by burning the witch to death on Drogo’s funeral. She then hatches three dragon eggs that were gifted to her on her wedding. 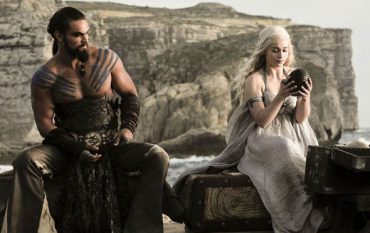 Joffrey is king and Tyrion becomes Hand of the King with an ulterior motive, which is to influence Joffrey according to his likes. Stannis Baratheon falls under the spell of a witch called Lady Melisandre, which makes him publically announce the Throne to be his on the basis of Joffrey being an illegitimate child. 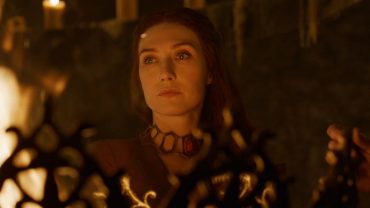 Robb marches on towards the south with Jamie Lannister as his prisoner of war. Robb seeks an alliance with the Greyjoys and sends Theon to convince his father- Balon Greyjoy. Instead, Theon betrays in desperation to prove his father he is worthy of being a Greyjoy and re-unites with his family to take over Winterfell. Theon, his family, and their troops attack Winterfell and Bran is forced to make an escape. Catelyn is also another person Robb sends out but to Renly Baratheon’s camp, younger brother to Stannis who also has a claim to the Throne. Catelyn suggests Renly join forces with his brother Stannis, but he refuses, since everyone eyes the Iron Throne. Later Renly is killed by Melisandre, through an evil spirit she lets out. 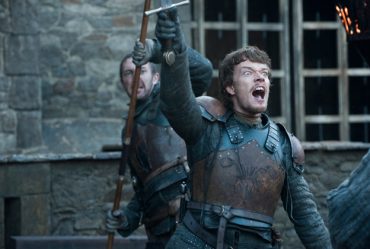 The blame of Renly’s murder comes on Catelyn’s and his bodyguard, Brienne of Tarth’s head. They are forced to flee from the camps, later reuniting with Robb. There Catelyn and Brienne plan to bring Jamie back to King’s Landings in hopes for a swap with Sansa; who is being tormented by Joffrey. 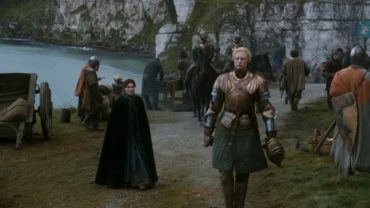 At Jon Snow’s end, at the Wall of the North, he finds evidence of infant sacrifices, it is then he realizes that White Walkers AKA ‘Others’ are not just a myth. He defects from the Night’s Watch and joins the Wildlings where he meets Ygritte. Can’t remember? “You know nothing, Jon Snow”. Bet that ring some bells? 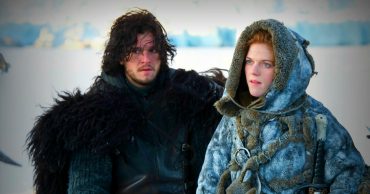 One of the biggest battles- Battle of the Blackwater Bay took place where Stannis makes an attempt in invading the King’s Landing by sea, but faces a terrible defeat, thanks to Tyrion’s smart use of the wildfire that isn’t extinguishable by water but requires a large amount of sand. A perfect idea that Cercie had which was executed by Tyrion and most of Stannis’s ships were devoured. House of Tyrell leaves alliance made with Renly and later joins Lannisters and helps them defeat Stanis’s armies. To strengthen the alliance made between the two, King Joffrey agrees on marrying Margaery Tyrell, once the war is over. 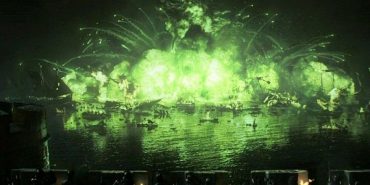 Coming to Arya Stark- She is captured by the Lannister soldiers, imprisoned and works as patriarch Tywin Lannister’s cupbearer, who considers her a boy. Since she takes on the look to keep herself safe from getting raped and murdered along the journey to the North, which didn’t happen – unfortunately. She escapes with the help of Jaqen H’ghar, one of the faceless men of Braavos.

The mother of Dragons- last but not the least arrives at the trading city Qarth, where she hopes in gaining the support towards her plans on taking over Westeros and the Iron Throne. Instead, she is imprisoned along with her dragons in the House of Undying, the warlocks’ tower. She orders her dragon to burn the warlock alive who wanted to keep her his prisoner for life and escapes. Later leaves Qarth by ship. 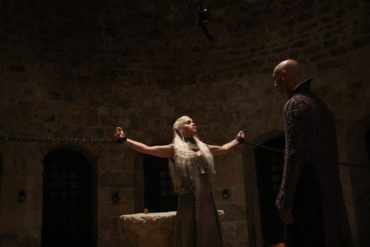 Photo: Race for the Iron Throne

There we have it guys, I am sure you remember much of it now. Stay tuned for all seasons recap.

This Summers, Here’s How You Can Protect Yourselves From All The Evil Mosquitoes Buzzing Around You!
5 All You Need Grooming Tips For Men
To Top