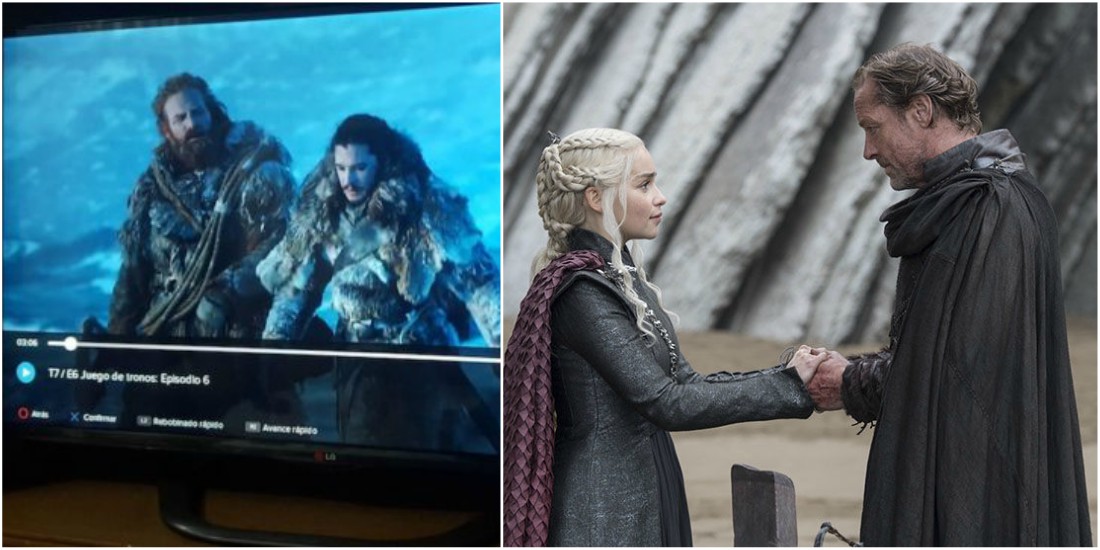 Today, early morning the unthinkable happened again. As we know Game of Thrones fever is high these days and Indian hackers had leaked episode 4 online 2 days before the air date. Although the hackers are said to be caught now another Game of Thrones episode has surfaced online, not by the hackers but by HBO Spain. Look like the guys at HBO Spain uploaded the episode by mistake.

The original air date for the episode ‘Death is the Enemy’ was 20th August 2017, but we got to see it today, and boy what an episode it was. Instagram user afaga23 streamed it live on Instagram. The video has now been removed from Instagram, Twitch and all other channels.

The episode starts where episode 5 had ended – You guessed it right, with Game of Thrones very own suicide squad, going to catch a Wight. Jon Snow, Tormund Giantsbane, Thoros, Jorah Mormont, The Hound, Gendry, Beric Dondarrion are all part of the Squad.

In the start of the episode, we see all of them trying to bond, especially Jon Snow and Jorah Mormont. We see Jon Snow showing Longclaw to Jorah Mormont. Let’s not forget that Longclaw, the Valyrian Steel sword was given to Jon Snow by Jeor Mormont, father of Jorah Mormont as a reward for saving his life from a Wight.

Meanwhile, in Winterfell, things are not good between Arya and Sansa. Arya has fallen into the trap set up by Petyr Baelish and accuses Sansa of sending the letter in Season 1 that brought doom to House Stark. We also see Sansa finding out about Arya able change her face.

Back to the wall, our squad is attacked by an army of Wights, while the White Walkers look from afar. After a fierce battle, the team loses Thoros and just when they thought they have been defeated we see Danyeros flying in with her dragons. What follows is one of the best fight sequences in GOT series. The dragons burn many wights, but just as they are ambushing the wights, the Night King throws a spear towards Viserion, which hits him and he falls into the icy waters.

What happens next is a sheer pleasure, best entertainment on television. Let’s just say, the Night King now has a Dragon of his own now.