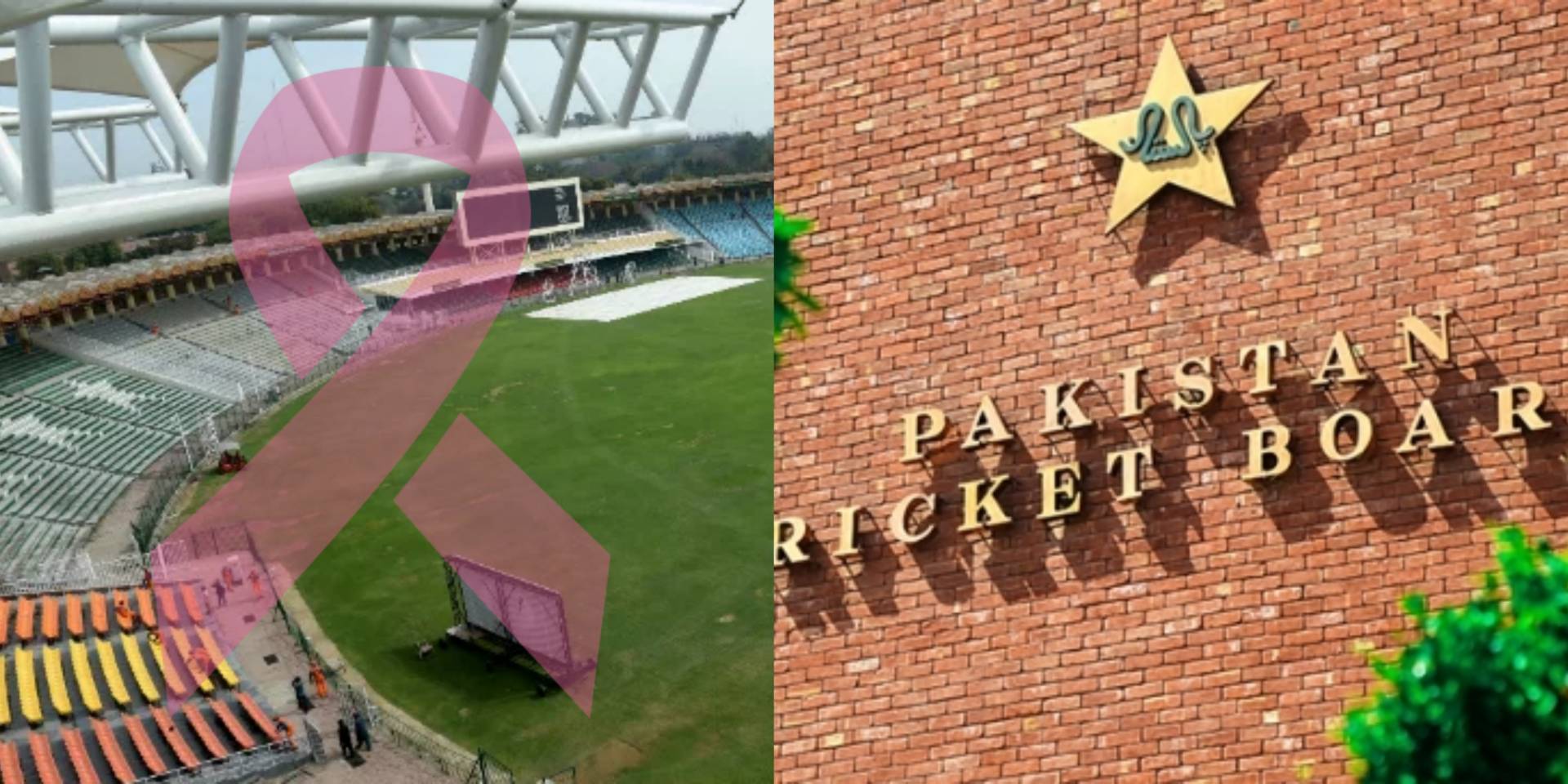 Pakistan Cricket Board (PCB) joined hands with Pink Ribbon for tomorrow’s match. The pink ribbon is a diagnosis, treatment and counseling facility for Breast Cancer patients and potential victims. And they have been running various awareness campaigns for the past few years.

So as part of their recent awareness campaign, Gaddafi stadium will turn pink in tomorrow’s Sri Lanka vs Pakistan match.

Before the start of the third match of the T20I series in a ceremony that will be attended by the President of Pakistan Dr Arif Alvi and the Chairman of PCB, Ehsan Mani, the captains of both teams will be pinned with pink ribbons. Arif Alvi will be the one to pin the ribbon on the captains while other players and match officials will be donning the ribbons throughout the match.

Pink stumps will be branded in the T20I match of PAK vs SL. The brands sponsoring the series will turn their branding colors to pink in the ground for the day. PCB is even encouraging fans to wear pink to the match as a gesture of support.

Gaddafi stadium will be distributing around 12,000 ribbons among the crowd. They will also be handing over 750 pink shirts to the audience in various areas of the stadium.

The campaign running this month for the awareness of breast cancer is #PINKtober and this is one of the initiatives taken in support of it from PCB. There is a need for spreading awareness of this cancer because Asian women are the highest victims of it in all Asian countries. The risk rate to develop breast cancer is one out of every nine women of all ages in Pakistan.

Though there are many reasons behind the large number of victims but Pink ribbon is focusing more on spreading awareness about it. This is because breast cancer is curable if diagnosed at an early stage and the chances of survival of the victim become over 90 percent.

So the awareness of this cancer has become a necessity to save as many lives as possible. And the government of Pakistan is doing everything to support the cause.

This is for the first time that Gaddafi Stadium will turn pink. However, Minar-e-Pakistan and President House had also turned pink earlier this week.

Twitter Reacts To Sajal Ali’s Spectacular Acting In The Drama ‘Alif’!
India Just Received Its First Rafale Fighter Jet From France But What’s All That ‘Nimboo’ About?
To Top