When it comes to talent, Pakistan is swamping of innumerable examples. Without a doubt, you can find some insanely talented aspiring artists and athletes. With that being said, we have every reason to celebrate these people who have given their very best to our country in their respective disciplines.

Talking about ICC U-19 World Cup, we proudly mention that our homegrown talent is set to play in the coveted tournament in New Zealand. Pepsi, in collaboration with PCB, launched a talent hunt program across 16 regions of Pakistan. Through trials, we uncovered some incredible talent in the name of these players. Plus, the players went to Regional and National Academy Training programs that helped develop key skills in them.

With that being said, Pepsi Pakistan and PCB organized #Future11 – an incredible event to garner support for the U-19 team going to New Zealand tomorrow

Pepsi has always given opportunities to fresh talent and the #Future11 event bears testimony. 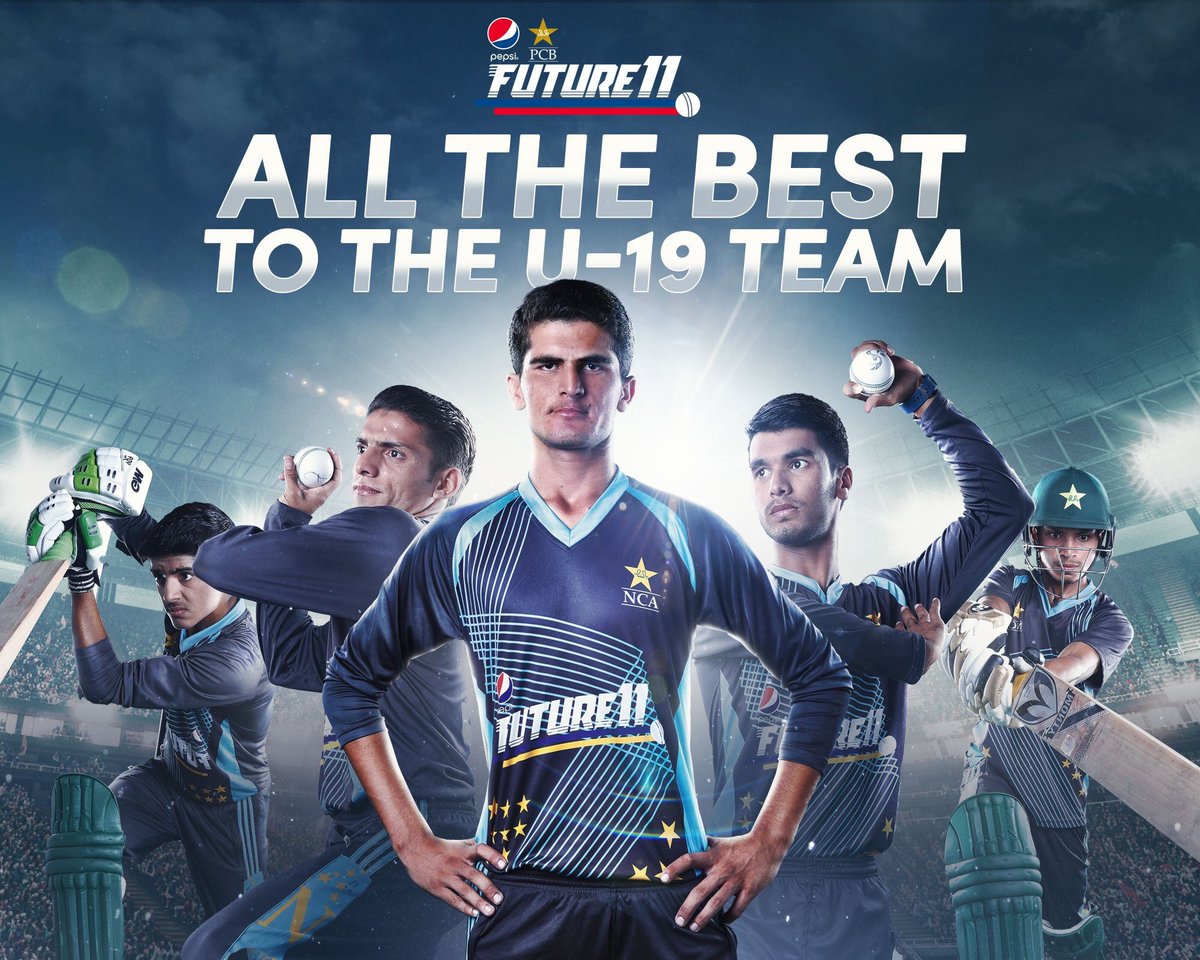 The afternoon in Lahore was joined up by noteworthy celebrities, Pakistan National Cricket team, and some other people to celebrate an exciting atmosphere. The spirit was alive; we already know how Pepsi has vouched for Cricket in Pakistan all these years and now it took responsibility to groom and polish these players for the ultimate challenge.

So great to see people in their support!

Not to forget, he’s already a role model for the youngsters in our first team

Great to see @realshoaibmalik showing up to support Pakistan's U19 cricketers. #Future11 pic.twitter.com/ZfBV80wLZP

What a send-off, seriously!

Followed by, the event became a talk of the town in no time. Social media went into a meltdown just after people learned of the #Future11 event in Lahore. Tweets after tweets, people absolutely could not get over the major highlights of the afternoon.

Social media stood in support and here are some of the incredible highlights of people spreading the good word! 🙂

Atif Aslam talked of how the boys shouldn’t feel embarrassed talking in Urdu in a foreign country. This is something which is so important to be said out loud. Talking comfortably in their own language with confidence would be super! ??✌?#Future11@pepsipakistan @TheRealPCB pic.twitter.com/CZrLfuRSFY

It’s partly owed to them since they laid the foundation

Kudos to PCB and Pepsi for finding young talented folks for #Future11 from all over Pakistan and grooming them for World Cup in New Zealand. pic.twitter.com/G664IsGlM9

A special thanks to Pakistani showbiz stars for their support of PCB-Pepsi #Future11
Motivational talk for Pakistan U19 World Cup bound team. #TheBigSendOff pic.twitter.com/MQOC7QHuuN

Just look at the spirit here…

Whole nation is rooting for your victory boys. Do your best and make us more proud of yourselves. #Future11 pic.twitter.com/99lJYKfd4O

Team Parchi here to chill with our #Future11 U-19 team!! pic.twitter.com/SHrI5m4JqO

Our highly talented U-19 team is off for the World Cup in New Zealand..The entire nation is behind you all go Make us proud, boys! #Future11

Pepsi has always engaged efforts for the brightest prospect of Cricket in Pakistan, seriously

The future of our Pakistan Cricket Team is secure. I mean the talent found by Pepsi and PCB is amazing and inspiring because they're not one of those rich boys getting into teams these are players based on real talent and some of them were picked off on the street#Future11

#ISLU wishes our U19 team the very best of luck for the #WorldCup! You guys are the future of our cricket, make us proud.#UnitedWeWin #Future11 https://t.co/foiPczKY9u

Haha how can we forget this?

We are really proud of these young lads. We wish them the very best of luck in this endeavor!