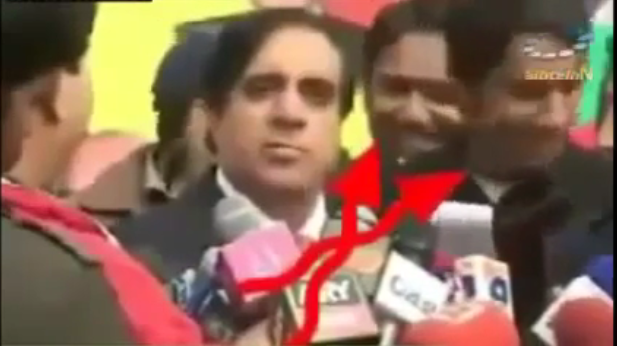 Politics is a dirty game and Pakistani Politicians are considered unscrupulous and the fact is they are not liked much by the people. They may be bad but, trust me, they are not boring at all. Here’s the video to prove that the Pakistani politicians get too funny at times giving people a chance to laugh and enjoy their giddy mistakes. The video is compilation of funny incidents of Pakistani politicians when they are addressing public gatherings, doing jalsas, or addressing at the press conference.

In the video, you will come across the legendary cum satirical leader of PPP Jahangir Badar who boasts of his poetic knowledge and then forgets the verse while addressing the journalists. Who can forget Aslam Raisani’s famous dialogue ‘Degree degree hota hai woh asli ho ya jaali’ earned him the top position on the list of funny Pakistani politicians. You will also find Shahbaz Sharif imitating Zulfiqar Ali Bhutto when his fake emotions poured at the wrong time and it looked all false and funny. Then, there is the anchor person asking PPP leader why do corruption escalates during the government of PPP and his reply was as funny as shocking when he said, “Don’t we have a right on corruption?”.

Sometimes you find them getting involved in so called media wars when there comments are none less than of the comedians. Our beloved peaceful MQM leaders are the funniest when Haider Abbas Rizvi comes out open on media calling Nawaz Sharif ‘ Gaja Baal lagwa raha hai’ and taking Chaudhary Nisar to toll by exposing his biggest secret that he wears the wig. The rest of dialogues can’t be written , you can hear them out loud in the video. So, when the Pakistani Politicians gets on our nerves, they also provide an equal opportunity to entertain us with their stupid yet witty comments and make us laugh quite a number of times.