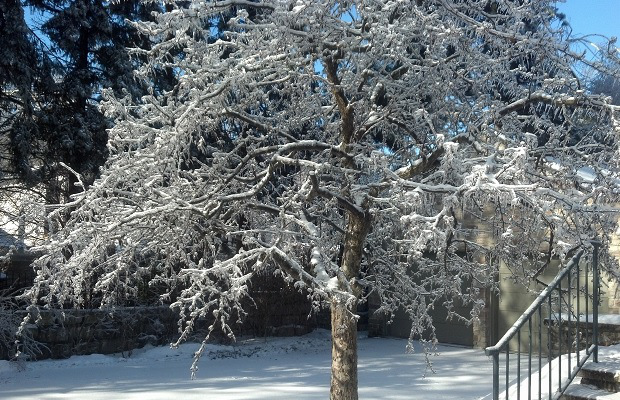 Some of the residents of West Island, Montreal experienced Frost Quake on early Tuesday morning.

Reportedly, the residents of Montreal heard two loud noises around 2:30 AM. They felt like something has fallen down on the floor in the house. The other loud bang made them feel that something fell on the roof. They also experienced a huge shaking of the floor.

Frost Quake is a weather related phenomenon, technically known as ‘Cryoseism’. It takes place when the underground water in the caverns and pockets freezes rapidly, putting pressure on the earth and rock surrounding it. 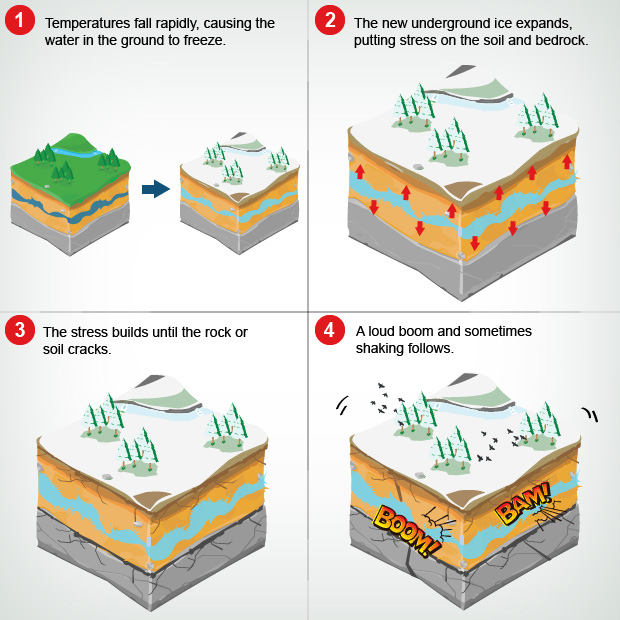 A senior climatologist at Environment Canada, Mr. David Phillips told the media: “The pressure grows until it breaks out and is released. That’s the big boom. It’s all that energy.” “It will freeze expand and then crack with a boom.”

It was also reported that a Frost Quake can cause the ground to shake and crack, feeling almost similar to an earthquake.

David Phillips added that a similar event can also occur when water collects on flat roofs.

Some of the residents of West Island, Montreal used ‘Twitter’ to report that they heard a loud boom overnight. 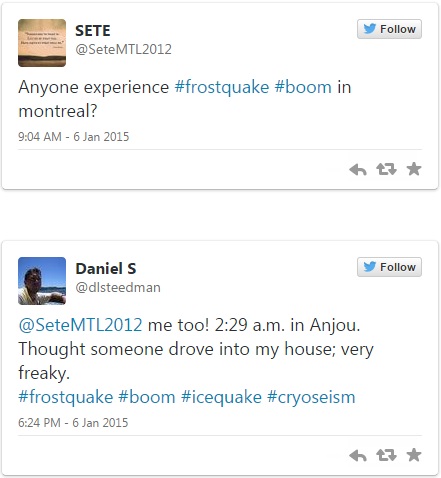 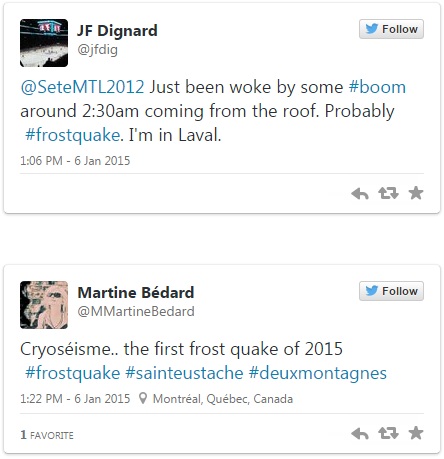