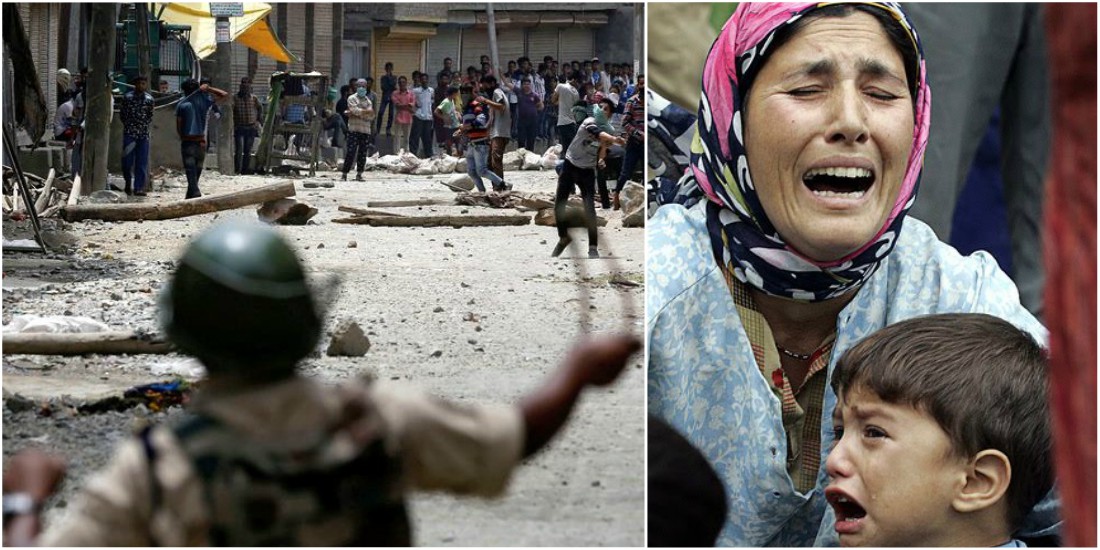 This is a fictitious narrative, inspired by a real incident at Jammu Kashmir.

The whole graveyard seems to be painted white; no signs of soil or grass, just snow, cold and mourning snow. Sitting near the grave of his son with her pale hands placed on the shield of snow, under which his beloved rests in peace. Tears of despair blur her vision, as a mother sobs, while her thoughts helplessly take her back into the world, where she wishes of living a “peaceful” life.

This is the story of a twenty-one years old boy, who like every other boy of his age, aimed at living a life decorated with his efforts of turning his dreams into reality. He was an ambitious, calm, self-focused, humble person, different from the rest in so many ways. His life’s goal was to travel out of Jammu Kashmir for studying purpose.

Literature is what he wished to pursue, following his father’s footsteps. And then he wanted to return back home and open a school in his city, for those who couldn’t afford to study. He was the eldest son of his widow mother, and the only sibling to his younger brother, who is three years younger than him.

Knowing really well, that the world has failed to picture the beauty his land holds amidst of all the display of violence and brutality, he had a vision of writing for his land; he also wrote numeral poems depicting his love for his home place. And poems depicting the anguish he had breathing deep in his heart, ever since he watched his father being beaten to death by the Indian army in a cold curfew evening of November when he was just eight years old. 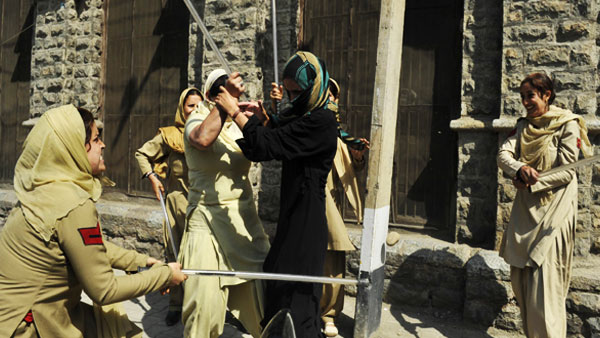 He wanted to write his story; he wanted to pour all his miseries, all his hopes in his words. He wanted his art to inspire lives; he wanted his poetry to shout out loud, to scream into the deaf ears of the world, revealing the realities; which die silent painful deaths in the streets, in the homes of his land almost every day.

He wanted to live for his mother, his younger brother, for his young love whom he planned to marry, once he’ll finish his studies. He wanted to live with a belief, that someday he and the people of his land will see the dawn of peace. But before he could breathe for accomplishing his goals, his voice was silenced by the shadows which have hauntingly conquered the free wills of thousands of people of Jammu Kashmir.

A fine December morning, he woke up early according to his routine for praying Fajr, in the Mosque at the end of his street. He returns home after prayer and finds his mother standing at the door, waiting for him like she always uses to do. An expression of relief settles on her face as he enters the main door. “Ammi Jaan, it’s just Fajr prayers at the Green Mosque”,  he said as he sensed a usual emotion peeking through her mother’s eyes. 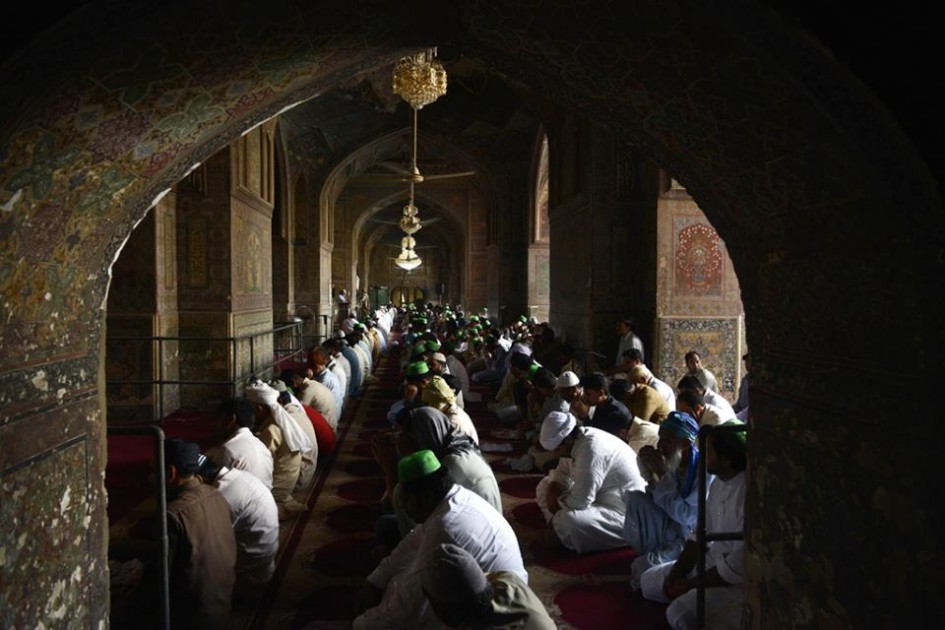 And his mother just kissed his forehead, embraced him without saying a word, knowing that uncertainty and fear are the two companions she’ll never get rid of until a miracle happens.

In the afternoon after his classes according to the routine, he gave his brother another lesson on how to row a Shikara in the Lake near their house. Afterward, he headed to the craft shop he owns for earning, where he sells craft works of some local artists of his city. A life that day was usual; the atmosphere was calm in a familiar way. Until evening arrived, with an uninvited dusk that dragged many lives into the dark at once (once again).

Darkness was making the home at the departure of light, he is about to close his shop, that he hears two gunshots, one after another. Immediately in that instance, he runs towards one of the Indian Army’s check post near his shop, from where the horrific sound traveled to his ears. And there he sees one of his childhood friends lying wounded on the floor, with blood seeping through the snowy road.

Mentally devastated, he stands at a distance from the body, as the brutal army men encircled the numb being. He wanted to scream, as loud as he could, he wanted to bash their faces, and burn them alive, but he just stood there burning in agony himself. The other moment at the scene, he watches his friend’s body showing a little movement. Seeing that, he couldn’t help himself and steps up towards him, while one of the armed men stopped him in the way, pointing the rifle towards him, threatening him to step backward. 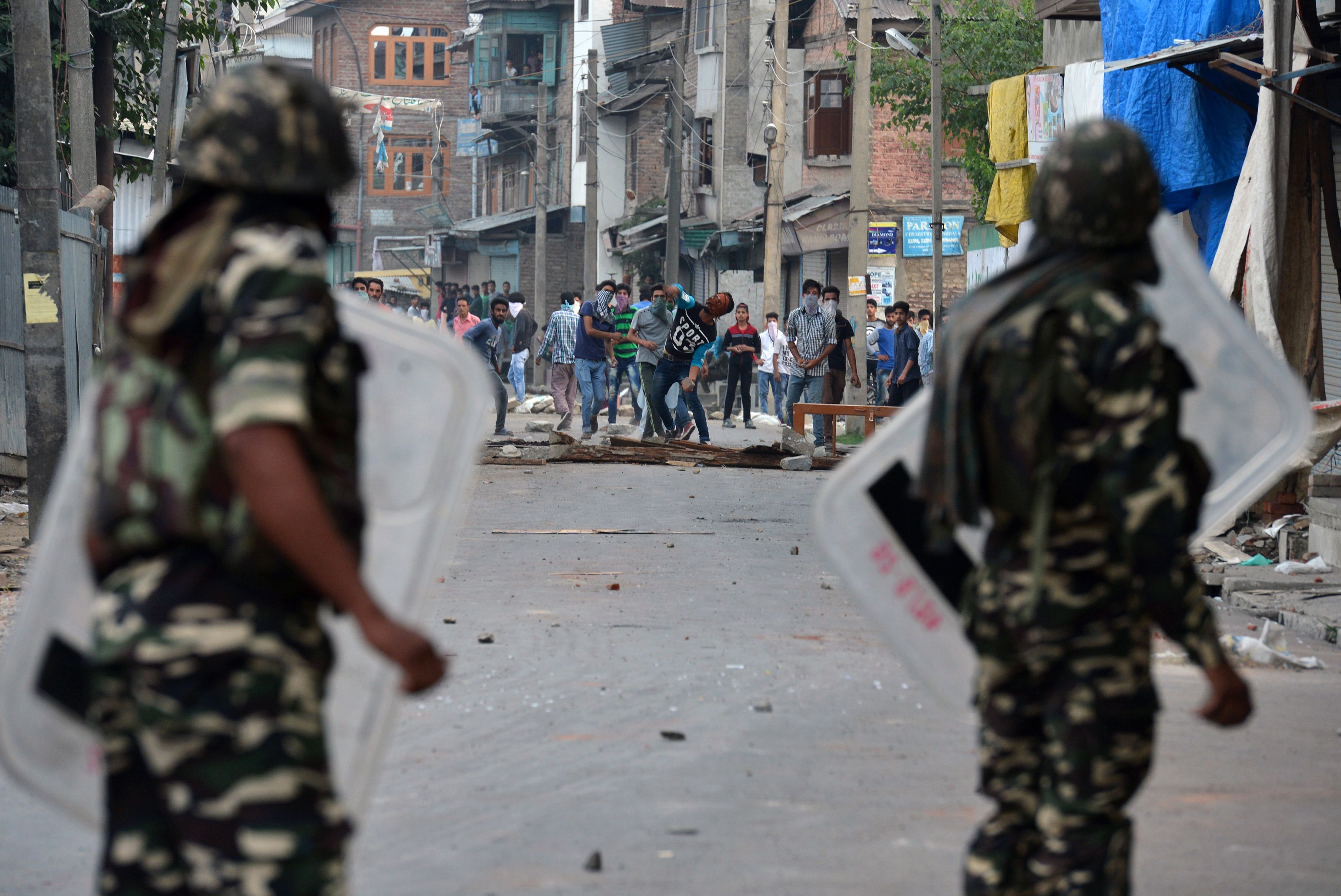 Before he could plead again, in seconds a third bullet pierces his friend’s forehead, and he had already lost him. Not thinking about his own safety, in his shock he runs towards the dead body of his beloved, and one of the army men strains him near the spot. He struggles to free himself from the grip, while another man hits him hard in his face (his face is bleeding now).

One of the rankers starts dragging the body like an animal, he calls out loud in a crying voice, “Let him go! Let him go now!” The ranker turns around. Fearlessly starting the ranker in the eyes, though he knew he might possibly be standing on the verge of death, he knew that he wasn’t raised by his brave mother, to die a death of a coward. “WHAT!?” shouted the ranker. 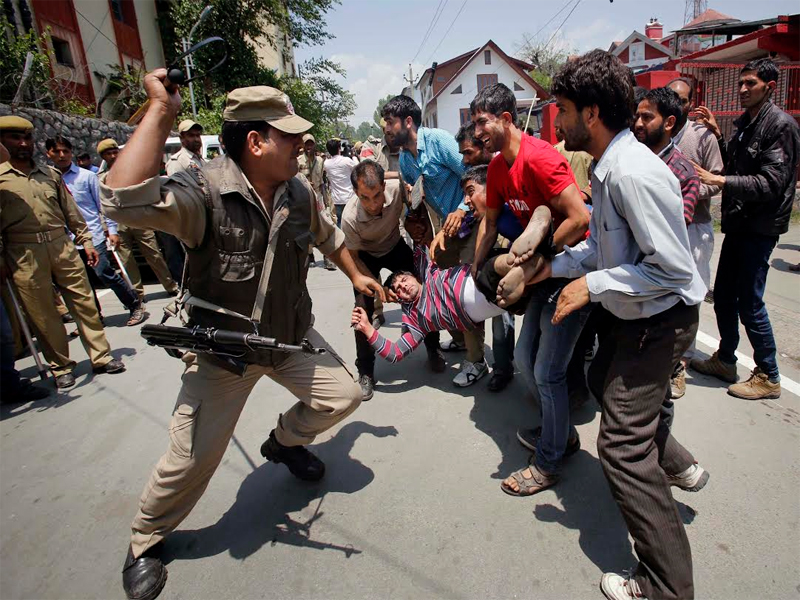 “Let my friend go now, he’s dead, let him rest in peace, hand over his body to me!” he repeated his words (valor and anguish evident in his tone). The ranker punches him in the face, and then hits him in the abdomen (blood gushes out of his face), in his defense he manages to kick the savage ranker. Outraged by his act, the ranker hits him again, as he screams in immense pain, fainting eventually.

Afterward, he is taken into the custody. Deprived of any fair medical care, he strives for his life for two days, until he breathes his last breaths under their torture. Alone, choking in torment, remembering his family and his fading dreams; once again an innocent life departs in an unjust way.
His bruised body reaches the hospital; his death seems to be a result of a usual raid operation in the city against the suspected militants.

But his mother’s heart knows the wrenching truth. She knows why his son had not come home for three nights; she knows why she has lost him. She knows that his son was innocent and what they possibly did to him. She knows everything, yet she will remain silent. For she has another life to protect; her younger and the only son left now.

A martyr is buried in the snow, his belongings are held dear by his mother and his brother. His diary, with unread poems; is locked in his room. His words are his legacy now. His mother still prays for peace, his younger brother still hides his tears from his mother, because he knows he has to be as strong as his Bhai Jaan was.

Life is there, it’s still there with new days. But nothing would ever be the same for this family. Their hope for peace fades away with each passing day. But when the next day they get to breathe again, hope somehow finds its way back into their lives. And they are reminded that they have to live. That they need to keep on praying, for a beautiful land cultivated with eternal freedom and serenity. A land; devoid of bloodshed violence and inflicted calamities. A land which is their right, a land which they deserve!