In 1984, National Geographic’s April Issue featured “The Afghan Girl” on its cover page. The hauntingly beautiful green eyes of the 12-year-old girl became a symbol of resilience of Afghan refugees. Her portrait became one of the most iconic images in journalism history, with National Geographic making a fortune out of that one photograph. 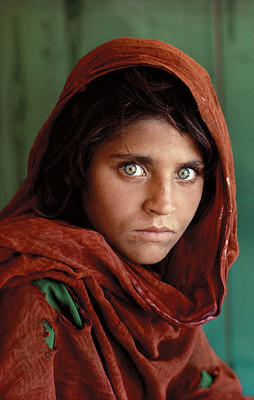 18 years later, photographer Steve McCurry was able to track the girl down and took another photo, this time putting a name to the face: Sharbat Gul. 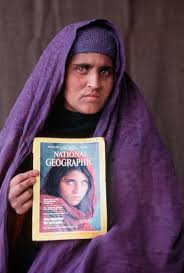 Yesterday, Sharbat Gul was arrested in Peshawar for allegedly obtaining a fake Pakistani CNIC. If prosecuted, she may face seven to fourteen years in prison and pay a fine between 3 to 5 lakh rupees.

The photograph was taken without her consent, published in a magazine that made millions off of it. My concern here, out of the millions the magazine made, what did the poor Afghan girl get? Should National Geographic have helped her the first time that they saw her?

From the piercing green eyes of the Afghan girl, we are reminded of the blue eyes of the famous “Chai Wala” whose image went viral all over the world. 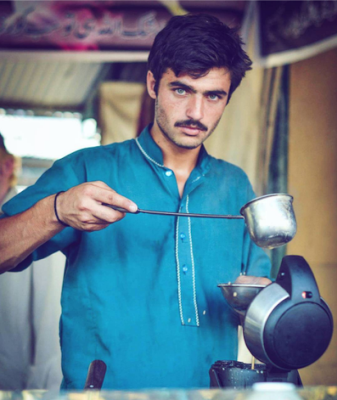 Despite the picture being taken without the consent of Arshad Khan, dozens of local and international media outlets flocked to his tea-stand and covered his story, while he was confused and somewhat harassed by all the attention he did not want in the first place.

In Arshad Khan’s case, his fame paved way for him to be hired by a modeling agency. While the media did play a role in making him famous, did they highlight the issue of class and income inequality in a way that we can solve it? Did it bring attention to thousands of “tea-sellers” (most of them being children) and their poor working conditions? 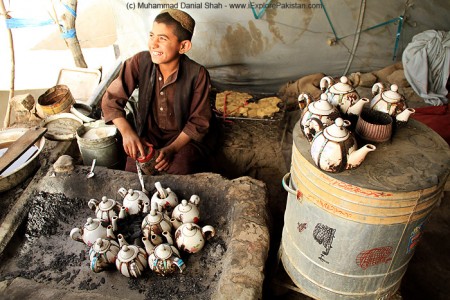 Even for Arshad Khan, how long will it be since the hype will die down and no one will ask about him? A month, maybe even a year? Will we also find him 14 years later in a state that Sharbat gul has been found in?

For most of the media, portraits and photographs are only important till they are able to generate viewership and profits from them. Yes, the media is given credit in providing exposure to people like Arshad Khan and Sharbat Gul who otherwise would have gone unnoticed, but why does the same media pass upon the opportunity to discuss the issues that these people represent or highlight?

It’s not just the media though, it’s also the general public who follows the same trend. Media channels publicize viral content and create hype about these one-hit-wonders because that’s the extent of how far the audience is interested. One day it’s about violence in Kashmir and the next day Coke Studio’s newest sensation is making headlines. We laugh, cry, cheer, boo, share and then forget about it, just as the media does.

In Sharbat Gul’s case, she was left to fend for herself, just like thousands of other Afghan refugees whose plight is hardly ever given attention to by Pakistani or international media. 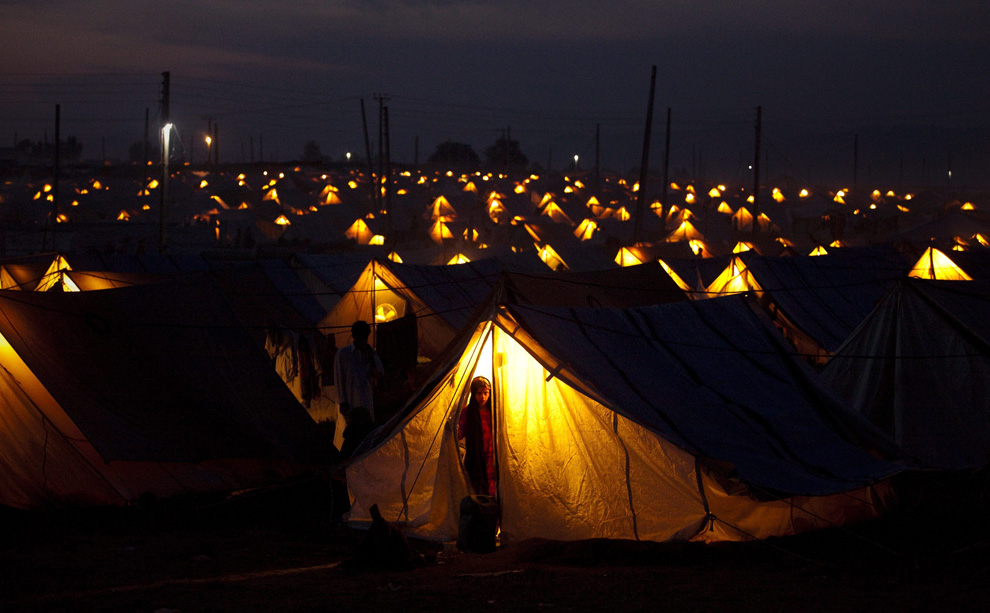 There are almost no schemes or mechanisms in place in Pakistan to effectively provide rehabilitation to these refugees or arranging a safe return back to their home country. The media, the people and the government should ensure that the people featured in mainstream media are cared for, and the issues that they represent are addressed.

So people have more to look for in people like Khan and Gul than just their eyes.

After Chai Wala, This Thappar Wala Goes Viral But For All The Wrong Reasons!
Top 10 Tourist Attractions In Balochistan You Need To See
To Top