Pakistani drama industry has been blessed with exceptional people who are adored for their brilliant work in the industry. Bushra Ansari, Shakeel Siddiqui, Anwar Maqsood, Uzma Gillani, Sameena Pirzada and other Pakistani actors are among those who people still love.

In the era of 90’s, when PTV was the only source of entertainment, every producer wished to present something revolutionary and innovative which ultimately demands hard work. Ashfaq Ahmed, Bano Qudsia, Haseena Moeen and others were the most prestigious script-writers who were passionate about their work as producers. After having an ideal manuscript, the producers looked forward to new faces and this game of talent hunt was the reason that the viewers saw these gems on board. Sania Saeed was one of them.

Sahira Kazimi got this gem from NTM (Pakistan’s private channel/timeslot on PTV) and offered her a leading role in “Aahat”. She accepted the role and put all her possible potential into the character. After which, Sania Saeed never looked back. She gave her best in every drama serial and renowned producers hired her for their serials any chance they got.

Sania Saeed, A Diva Of Theater:

Sania shares a familial connection with theater since her early ages, as her father, the late Mansoor Saeed, founded one of the most influential theater groups of his time, Dastak. Shahid Shafaat, husband of Sania Saeed, and she herself led Dastak to Katha. And so, they went on to perform fascinating plays. She believed that a theater refines an artist, the live performance gives courage and makes them able to deliver the dialogues with expressions.

Her Performance On The TV-Screen:

Zaibunisa, Jhumka Jaan, Thori Si Mohabbat, Zard Mausam, Aseerzadi, Numm, Sang-e Mar Mar, and Sammi are one of the best serials Sania amused her fans with. She gives life to the characters, her recent performance in Sang-e Mar Mar as Gulistan Khan’s wife and in Sammi as Chandni is beyond the expectations of the viewers as both of the characters are totally opposite to each other.

Being a wife of Gulistan Khan, the owner of Garhi Baran – a beautiful village of Pathans who treat a woman as “peir ki jooti” and strict about cultural morals and values, and mother of three sons and daughter, she faces all the difficulties humbly and patiently.

And in drama serial Sammi, Sania is playing a role of strict parlor owner who has a love affair with Rashid but he married another girl and left Chandni for the sake of the mother’s request. Chandni believed that to live a life one should be as stiff as board and this is the reason for her being so rude and cruel. 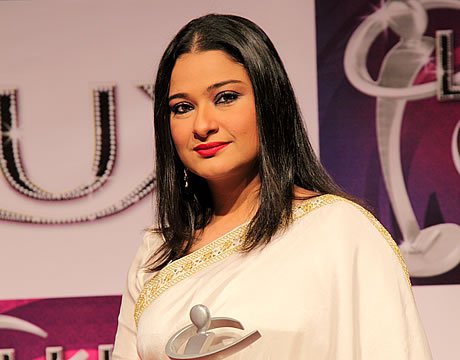 An award for any actor is nothing except the appreciation of the viewers and this love of the fans for any actor made the reason of award ceremonies. Sania Saeed has won LUX style Award four times, one HUM TV Award and one PTV Award for the best actress role in different serials.

Sania Saeed has become a role model for every newcomer in the drama industry of Pakistan with her utmost performance in a wide range of serials.

Read Also: An Analysis Of The Evolution Of Pakistani Dramas