Frieha Altaf, CEO and Creative Head at Catwalk Event Management & Productions, is selected as a show director for Lux Style Awards 2019! She has worked with the show before as well. Once again, she is going to prove her capabilities. It is better to mark your calendars as the 18th edition of the show is scheduled for July 7th.

When asked regarding the selection and what it means to her, Altaf said, “It gives me great pleasure to return to the LSA as show director. It is the single most prestigious, non-aligned platform that honors excellence from fashion, film, music, and television and I’m glad that I am a part of the 18th Lux Style Awards,” 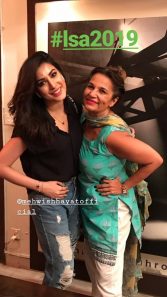 Altaf has been a part of the awards for years now and she is just as ready to present her skills for another amazing show. With beaming excitement, she said, “Having been associated with the LSA for numerous years, I always aim to bring forth Pakistan’s best each year. While I cannot reveal the details about LSA ’19, I can promise you all a thrilling and glamorous show with performances that will certainly showcase the best of our entertainment and fashion industries.”

Making sure that the show is on par with the expectations of the people, Altaf is in determination to challenge herself and develop impressive changes within the Lux Style Awards. Many believe she is talented enough to rock these shows again!

Even though people are showing their curiosity and loyalty towards the show, this current Lux Style Award controversy still has some on edge. Many of the celebrities were dropping out due to the Ali Zafar and Meesha Shafi case. They did not want to participate in an award show that nominated a sexual assaulter.

In response to the dropouts and screams from social media to demand an explanation, Unilever, Lux Style Awards organizer, came forward with a statement. “We expect all our employees, partners, customers and associates to adhere to the principles. Any allegation of misconduct on anyone associated with Unilever Pakistan or our brands is taken very seriously.” Said Unilever. They also said that they would like to remain silent towards the Ali Zafar and Meesha Shafi case, at the moment. 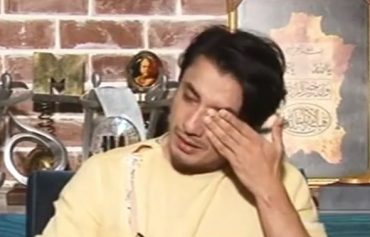 He still pleads for his innocence and believes the accusations are false. Not to mention, this is sort of a jab at Shafi as she appears in the thumbnail of the video he tweeted.

Regardless, people are still debating whether to watch the awards or not especially after the withdrawal of many prominent celebrities. However, Altaf is here to reassure that she will make the show as powerful and impressive as she can! So we can trust her.

What do you think of the situation? Will the Lux Style Awards 2019 be successful? Share your thoughts!

Yasir Hussain Is Now Targeting Mahira Khan In Public And People Are Calling It Cheap Publicity!
Afghans Ambushed Pakistan Fans Outside The Stadium And Pakistanis Are Calling Them ‘Namak-Haram’
To Top