In an unprecedented move, the Sindh government has imposed a ban on five-time daily prayers as well as on Friday prayers. It is effective from today (March 27) till April 5 in a bid to contain the spread of novel coronavirus.

The government took the decision after consultation with all stakeholders including religious clerics of varying sects. The provincial government spokesperson Murtaza Wahab announced the decision on Thursday. He said only permanent staff, including imams or spiritual leaders and moazzans (prayer leaders), can offer prayers in the mosques.

The ban has been imposed across the Sindh province.

Balochistan has also banned congregational prayers while the center has allowed Friday prayers in ‘limited numbers’.

Minister for Religious Affairs and Interfaith Harmony Dr Noor-ul-Haq Qadri has said that mosques in the country would not be closed. However, the worshippers would have to keep their number at a minimum level in congregation prayers as a precautionary measure against coronavirus.

Mosques with limited numbers of worshipers

Last Friday, however, despite a call from President Arif Alvi to offer Friday prayers at home, the Faisal Mosque in Islamabad was flooded with people. Faisal mosque’s religious scholar also told his congregation, “We are not too weak to let this one virus empty our mosques.”

This Friday won’t seem to be any different.

Ruet-e-Halal Committee chairman Mufti Muneeb-ur-Rehman has announced that despite the coronavirus outbreak, the mosques will remain open for worship. He called coronavirus a warning from Allah for reformation.

There is a belief at the mass level that not praying in a mosque is akin to leaving Allah. There is strong resistance to even the advisory against avoiding handshakes, with believers saying that it is a Sunnah. To those who advise them against visiting mosques, many questioning “what else are you willing to leave just to save your life”?

Now this week, people have flooded social media about how banning prayers in mosques is not acceptable to them. While many also showed their support to the government’s decision to ensure the safety of the people. #مساجد_پر_پابندی_نامنظور has been trending on Twitter since morning.

Those who are advising pray JUMMA at in home, kindly produce any reference from the Quran & Sunnah, otherwise do not make there self as twitter Aalim ".
InSha_Allah, we Must pray jumma in Masajid ". #مساجد_پر_پابندی_نامنظور pic.twitter.com/5GxypI99IA

One of the religious clerics of a Karachi-based mosque posted a video where he urged the followers to pray at home.

On the other hand, the Pakistan Ulema Council (PUC) has also requested the people to give their safety priority and must stay at home. Religious clerics are requesting Muslims globally that they must follow what their governments and doctors are asking them to. 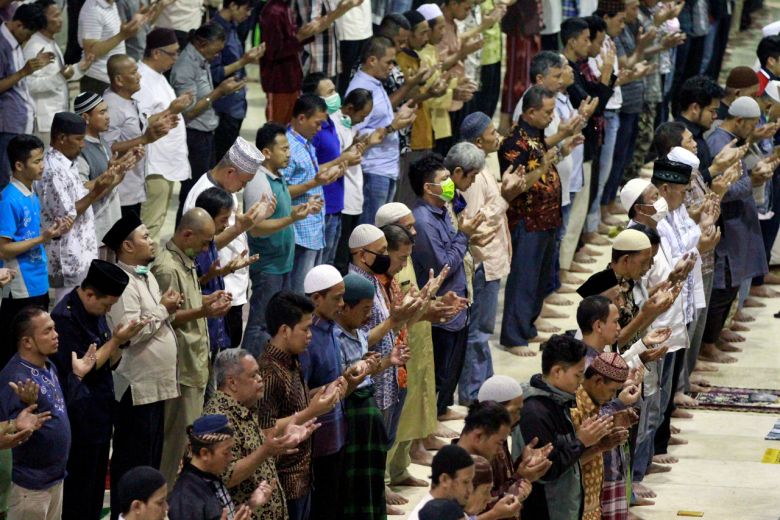 Maulana Tariq Jameel, one of the respected scholars of Pakistan, has also asked to avoid public gatherings whether they are religious, political or worldly. Maulana is clear about abandoning prayers at mosques if the disease spreads there too.

When it comes to religion, some people have hardcore believes that they aren’t willing to change for any reason.

Muslims pray five times a day daily, but the most important prayer of the week remains the ‘Friday prayer’.  The Quran invokes the importance of Friday as a sacred day of worship in a chapter called Al-Jumah, meaning the day of the congregation. Muslims believe that God chose Friday as a dedicated day of worship.

Muslim men are required to attend Friday prayers as long as they not traveling, while women are given the option to attend it. In some countries, such as India, Pakistan, and Tajikistan, women are not usually permitted to pray in mosques. Whereas in countries like Iran and Kenya, they attend in larger numbers in almost all mosques.

However, in this current situation, it is a wise decision by the government to ban any large gathering that can spread the coronavirus in the country when the number of confirmed COVID-19 cases has already gone to over 1,2oo on Friday.