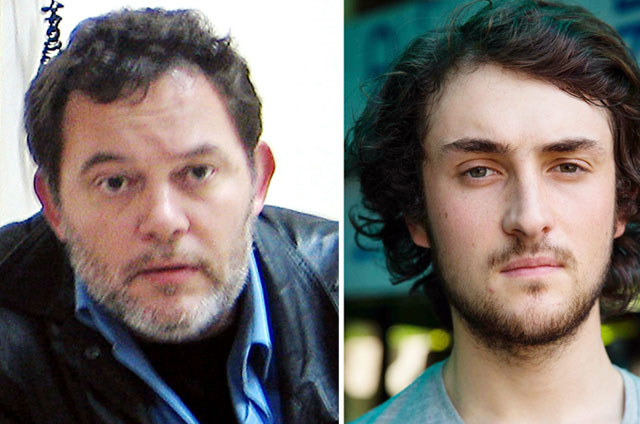 Four journalists found on the Turkish border with Syria after being kidnapped last June by al-Qaeda-linked group.

Four French journalists kidnapped in Syria last June by the Islamic State of Iraq and the Levant (ISIL) group have been found by Turkish soldiers on the border with Syria.

Nicolas Henin, Pierre Torres, Edouard Elias and Didier Francois were found on Saturday in Sanliurfa province with their hands and eyes bound.

They had been captured in two separate incidents in June last year while covering the conflict in Syria.

Footage of the journalists broadcast on Turkish television showed them looking unkempt, with beards and long hair, but they appeared to be in good health.

“I’m very happy to be free,” said 53-year-old Francois. “We thank the Turkish authorities because they really helped us. And it’s very nice to see the sky, to be able to walk and to be able to speak freely.”

The Turkish soldiers initially took them for smugglers but took them to a police station in the small town of Akcakle near the border when they realised they were speaking French.

About 30 foreign journalists covering the Syrian civil war have been seized since the conflict began in March 2011, and many are still missing.

Reacting to the developments, the French presidential office released a statement saying that Francois Hollande “has learned with great relief this morning the release of the four French journalists who were held hostage in Syria since June 2013”.

“Edouard Elias , Didier Francois, Nicolas Henin and Pierre Torres are in good health, despite the extremely harsh conditions of their captivity. They will arrive in France in the next hours,” the statement read.

It said Hollande remained concerned about the fate of two other French nationals still held in the Sahel.

“He reaffirms his support to their families and reiterates his determination and the relentless mobilisation of the state for their release,” the statement added.