Pakistan Gets Back At India After "Free Kashmir" And Banners In Support Of Muslims Fly In World Cup! 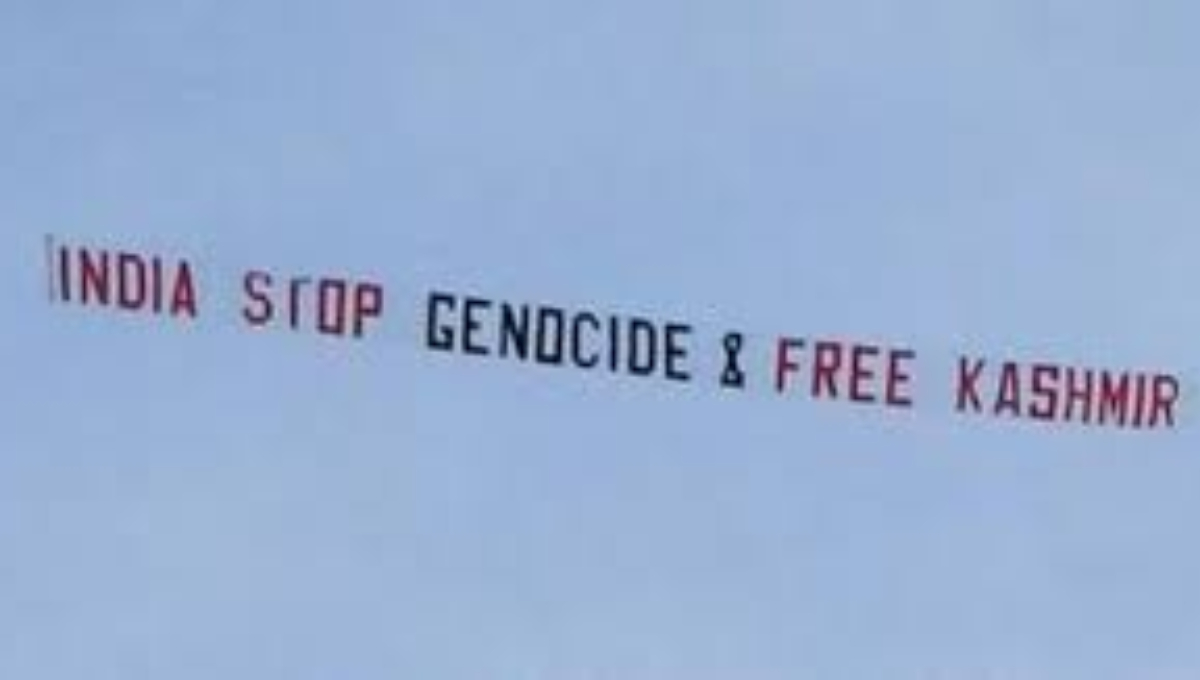 Banners with “free Kashmir” and “India Stop Genocide and free Kashmir” slogans were flown over the Headingley Stadium, Leeds, while the ICC World Cup match was underway between India and Sri Lanka match. Later, a banner saying ” Help end mob lynching in India” was flown over the stadium too.

This is the second incident of political banners being towed over the stadium in the ICC World Cup 2019. 10 days earlier, in the match between Pakistan and Afghanistan, ugly clashes erupted between the fans, in addition to ugly anti-Pakistan banners being flown in the sky.

More than 80’000 people have lost their lives in the Indian Occupied Kashmir: 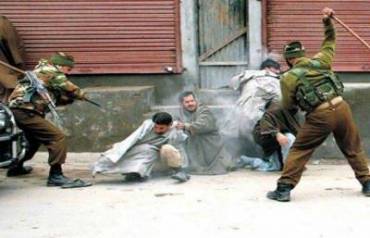 Kashmir is disputed land between India and Pakistan, but in fact, Kashmir does belong to Pakistan. According to United Nations resolutions Kashmiris should be given a right to self-determination. But even after 60 years of the resolution, India refuses to give Kashmiris their birthright.

This resulted in strong resistance against the occupation in the Indian occupied Kashmir three decades ago, Ever since then the Indian forces are ruthlessly crushing the “Azadi Movement” and has killed over 80,000 innocent Kashmiris.

Mob Lynching of Muslims In India: 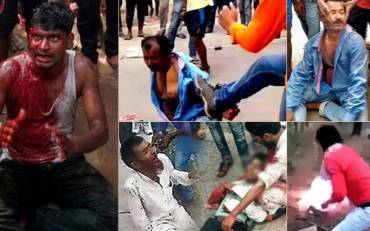 Later the same evening, a plane flew over the stadium with a banner, “Help end mob lynching in India”. The banner showcased how India has a really dark side to it, for minorities especially. Mob lynching of Muslims on the allegations of slaughtering cows is on the rise in the Indian States governed by Bhartiya Janata Party. At least 22 people have been tortured to death by mobs since May last year.

To avert international media and community’s attention from the burning issue of Kashmir, and the atrocities against the minorities in India. They have been raising the Baloch missing person issue since long. Comparing the situation in Kashmir with Balochistan, which is far from the truth.

ICC shows disappointment over the incident:

The International Cricket Council has expressed their concern and disappointment over the second incident in the same venue.

“We are incredibly disappointed this has happened again,” the ICC, the game’s governing body, said in a statement. “We do not condone any sort of political messages at the ICC Men’s Cricket World Cup.”

The statement mentioned that, ICC worked closely with the West Yorkshire Police after the last incident to make sure it won’t happen again. Unfortunately, it happened again and so the ICC is “very dissatisfied”.

BCCI Writes to ICC to Protest about the banners:

BCCI wrote a letter to record their protest and disappointment with the International Cricket Council, the letter said BCCI is very much concerned about the security of their players.

What do you think about these back-to-back incidents? Should politics and sports be kept away from each other? Let us know in the comments.

Trophy Hunting Of Markhor Is Done Moderately – Animal’s Population Is Increasing
Iqra Aziz Shares How The Use Of Social Media Can Harm People In So Many Ways And She’s Absolutely Right!
To Top