Fraudsters Give Rs 86,000 In Fake Notes To Poor Goat Vendor In Bakra Mandi

With Bakra Eid right around the corner, the cattle and animal markets are in full-fledge hurry to get maximum sales of their products done. From rocket rising prices of bulky bulls to grass grazing goats everyone is in search for a best buy, to sacrifice this Eid. However, during this chaos, there are multiple occasions where both seller and buyer might come to face situations like fraud or forgery.

A tragic incident took place where a poor vendor in the sacrificial animal market gets fooled by fraudsters. This poor man sells his goat for Rs. 86000/- and later checks that the money he has is fake. That’s right! These people bought a goat from him. And the worst part is all the Rupee notes were in fact fake.

In addition, Abdul Karim, the poor vendor is a father to three daughters who planned to sell goats this year. He mentions that he wanted to give a more festive Bakra Eid to his daughters this year.

To make matters worse, this poor man had taken these goats as a form of a loan, and still has to pay the owner in his village. Moreover, he tells the entire story of how he got muddled with these people from the start. He mentions he feels helpless, as to what would he say to his daughters now! And we are heartbroken!

Abdul Karim narrates the story of the fraudsters

The poor father tells the reporter, that a bearded man approached him and asked him for the prices of the goats. Abdul Karim, like every goat vendor, shows him the goats and they begin to bargain over them.

Since, the rates of the maveshi-mandi are rocket rising, poor Abdul Karim, let his guard down; and continued bargaining, like with every other customer. 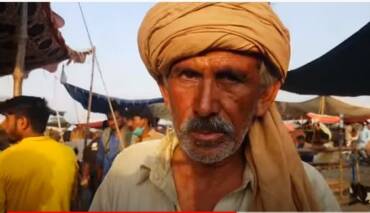 Finally, the man agrees on Rs. 86,000/- and hands this man the money. While the poor man was counting the notes, the bearded man sneakily took them and ran away.

He adds, that the man who did this fraud was looking like a very decent man. Neither was he looking like someone who is deceptive, nor did he sound like one. He was about 60-65 years and his personality looked trust-worthy enough. 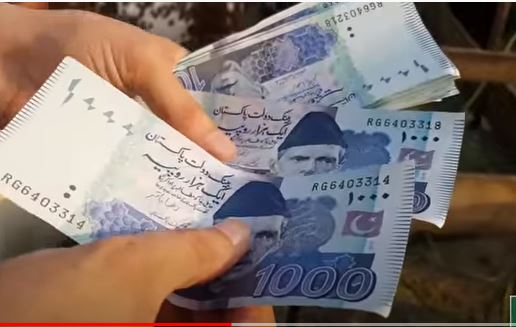 Devastated and in misery, this poor father claims and prays that Allah (S.W.T) does justice for him, and the man who stole his goats and committed fraud, may he be punished for his crimes.

He has to pay back to the actual owner of the goats, and up till now, he has managed to only sell about four goats out of twenty. Another two are the ones that were stolen. He wishes that somehow justice prevails and he gets out of this misery real soon.

We hope that authorities take action, and somehow this man is saved from more financial distress. We also pray that everyone stays safe from such kind of scams. And we also hope that people understand the true meaning of Bakra Eid and don’t defame the beautiful religion of Islam.

Asim Azhar Reveals How He Deleted His Social Media To Handle Breakup With Hania
Zoobia Meer Case: Mother Forgives Son Who Physically Abused Her In Viral Video
To Top