France Returns Looted Relics To Pakistan And The Artifacts Date Back To Millennium BC|Parhlo.com

On Tuesday, France returns looted relics to Pakistan that are dating back to the 4000 BC. The relics are decades old. Now, they are returned to their rightful country.

In 2006, a parcel at Paris Charles de Gaulle airport was checked and about 17 terracotta pots were discovered in it. It seems that the parcel had been from Pakistan. According to the National Centre for Scientific Research, the artifacts were old enough to date back to the BC era.

It seems that these artifacts are indeed stolen from Balochistan. Aurore Didier, South Asian Archaeology expert, mentions that Balochistan has had multiple artifacts taken from the land. This is the reason why understanding and gathering the anthropological data of the individuals comprising those lands has become difficult. Balochistan is also home to a lot of mysterious species.

France Returns Artifacts – Is This A Positive Thing?

This is just a glimpse of the artifacts that belong to Pakistan. Many of the countries that have colonized South Asia have barely returned the items they stole. However, now France returns artifacts to ensure that Pakistan takes back what was rightfully theirs. Pakistani museums would be beaming if they had these relics. Not to mention, this would also have a significant impact on tourism. 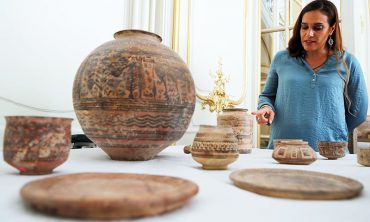 Pakistan has also illegally shipped about 100 ceramic figures to the abroad parties. Furthermore, Didier mentions that the ceramics are a part of about two cultures, which include ‘The Nal’ and ‘The Kulli’, “For this period, very few sites have been documented and archaeologists stopped their work in Baluchistan in 2007 due to political issues in the area,” she adds.

Even the head of chancery at the Pakistani embassy Abbas Sarwar Qureshi addresses, “This is very, very important for us,” to further add, “Some of the items are 6,000 years old from the Mehrgarh civilization,” he also encourages that 400+ items will be shipped back to their home country Pakistan. It is important for such ancient and culturally significant artifacts to find their way back home. Also, it has been an amazing gesture on the French President Emmanuel Macron’s part to give the country its stolen items back. 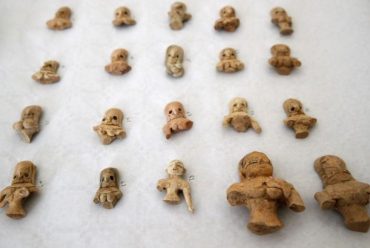 Whether or not Pakistan would be able to properly display these items is a mystery but as France returns looted relics to Pakistan that will serve as reassurance at least. They are proof regarding the various ways the people dating back centuries must have lived like. Many of the illegal ceramic actually came from graveyards and according to Didier, they are a source of evidence about the “funerary material” during that time.

The countries that ruled on the current Pakistan or British India, to be exact, are responsible for returning such materials back to the respective countries. Not only did they steal the artifacts for their purpose and benefits but they are also seeking advantage through exhibiting them in museums.  A nation that did tear South Asia apart. It can be quite distressing to see stolen Pakistani culture on the display for the enjoyment of people without anyone knowing the proper history behind the pieces.

What do you think of the situation? Share your thoughts!

Finally, The US Declares Anti-Pakistan Baloch Organization ‘BLA’ As Global Terrorists And Their Game Is Over!
The Movie Spider-Man : Far From Home Will Have A Hijabi Character!
To Top