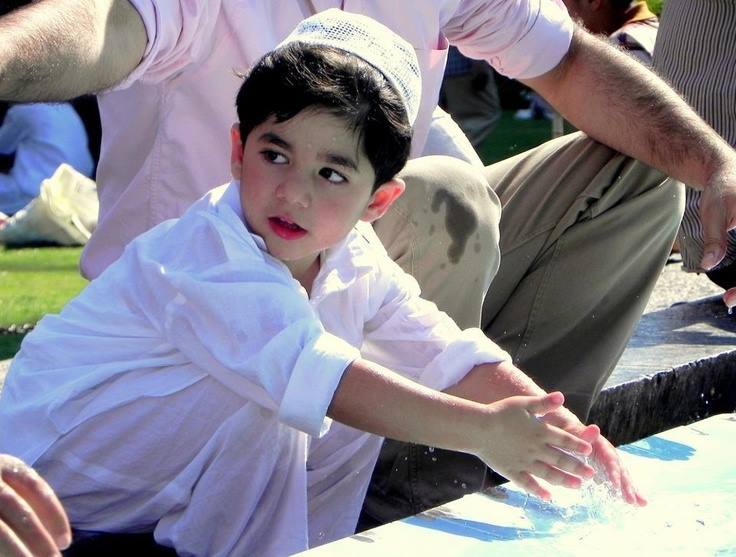 Kashmir – the forgotten conflict – a country where you can find barbed wires and flowers entwined in a romantic, tragic union. Kashmir screams for help from the entire world, yet everyone turns a blind eye to them.

“I do not love you and your Kashmir. I could not. I was not expected to. I was not educated too. I was not trained to”, said Dinesh Tiwari, a former Indian army officer who offered his services in Kashmir while mixed in the war of his own – either to offer his duties or to resist his humane emotions against the unjust taking place in Kashmir.

Drenched in pain and agony, Tiwari recently shared his story on his Facebook page where he talked about his childhood in Nepal and his services in Kashmir.

Tiwari shared the pathos, bathos and his own emotions during the encounter he had with a Kashmiri child that will make you wonder why Kashmir is still burning.


“I have been to Kashmir. No, not as a tourist. I have lived there. I have worked there. I was part of the heavy military instrument of the Indian State in the paradise, guarding it from the heaven dwellers themselves. And some mischievous neighbors too. …

As a 21 year old, with the might of one of the biggest militaries in the world behind me and its command pinned on my shoulders, its determination manifested in the AK in my hand, I have roamed the towns and villages with authority which none of the Burhan Wanis or Bhatts or Wazirs or Bhans or Wattals or anybody else whose land it was, would have dared to.Ironically, as a Citizen of Nepal, serving in the Indian Army, I was a bundle of contradictions myself.

When I led a group of armed men through a tense neighborhood, I could not help recall the state I was in myself as a teenager, back home in Nepal, angry and frustrated because of the curfew imposed in my hometown, from six in the evening to six in the morning every day for years.

When the Maoist insurgency was at its peak, I was a teenager. I have been frisked, violated, insulted; made to do pushups and squats just because I asked the police man at the check post to repeat himself when he instructed something and I did not properly hear.

There were regular visits to our houses– by police in uniform, by police without uniform, by a secret police who every one knew was a secret police; also from unknown people with weapons prominently hidden under wraps, meant to be seen and feared, demanding food, shelter, and money.

I was angry, very angry. I was angry at the then mysterious figure of Prachanda, whose only one picture in combat fatigues was public at that time. I was angry at the ideologue Dr Baburam Bhattarai — legendary Nepal topper (Board First) and PhD from JNU — who was known to be the brain behind the movement.
I was angry at the people who marched in my town with weapons held high, after they blew away the local bank and the police station.

I was also angry at the policeman who frisked me, dragged me by my arm, threw my bag scattering away all my stuff on the floor and pinned me down to the ground and poked the back of my neck with a pointed object. It wasn’t a stick. It was cold and heavy. I did not see it but a chill ran down my spine.

It blew up the anger. I was angry at the government. At the state, which had ignored so many people for so many years that they were ready to fight, and kill and die.

Also, I was angry at myself. Without knowing the reason, without a target, the anger was building up and building pressure and engulfing me.

I was lucky. I had options to flee. I fled at the right time.

When I looked at a beautiful Kashmiri child, who approached me with an innocent admiration and a genuine query, ‘You must be Kashmiri, are you Kashmiri?’, I was fumbling for an answer.

I would have loved to say — ‘Yes, we are. We are all Kashmiris. We are all heaven dwellers.’

I would have wanted him to know–‘We are here for you. We are your men.’

I would have wanted to give him a smile, a nudge, pinch his cheeks, and ruffle his hair a bit and say, ‘Yes, I am a Kashmiri. And I love Kashmir. And you.’

Kashmir, for me was a duty. An assignment, an arduous task that had to be fulfilled to my utmost capability and most importantly, survived.

I did not pack a camera, few romantic novels and Faiz and Gulzar’s poetry books before stepping on to the heaven.

I was trained to kill, and armed for it. My literature was bloody.

As a preparation, I was not educated on the beauty the land was but on the contours of terror that prevailed within the landscape.
I did not go through accounts of romantic unions in the scenic backdrops, but brainstormed over hundreds of case studies of bloody and fatal encounters in the terrain.

For me Kashmir was not to be appreciated, but assessed, analyzed and acted upon, and survived.

For me the innocent child was not that innocent.

The images of children carrying messages, supplies and even weapons, read in the extensive case studies, immediately cropped up in my mind.

Even before noticing his sparkling beautiful blue eyes, pink apple-like cheeks, and loveliest smile, I had to scan through his whole body to know what was hidden.

Images of children blowing themselves away in front of security forces flashed before me even before I could comprehend the emotions in his voice.

Even before I could think of extending my hand to ruffle his hair, the grip on the AK tightened automatically and my trigger finger was alert.

The child’s mother came running, lifted him up and dragged him away hurriedly, slouching a bit, without even looking at me.

Today, he must be Burhan’s age. And we don’t love him still. And that is one of the reasons why Kashmir burns.” – Dinesh Tiwari, former Indian military officer.

5 Amazing Things You Didn’t Know About Your Eyes!
This Pakistani Father is Crying for Help for His Young Son’s Rare Condition
To Top