But Who CARES… “the government”… REALLY…?

Yes… Government “CARES”, that’s why it’s been more than a year and still Lahore High Court seeks the Government to construct a policy to protect the rights of Pakistanis imprisoned abroad. Here are some insights from the dark side of Pakistanis locked up abroad to show the Government that they actually need to start CARING. Think about this…

“You wake up for years in the same dark, lonely, musty and smelly place that gives you the feeling of being buried alive in a coffin, surrounded by tortured screams and moans, eating maggot-infested food and knowing the fact that you aren’t being able to tell your family when you can come back home. Welcome to a life in prison.”

This situation becomes worse when you are jailed abroad and are innocent. According to a survey conducted in 2014, there are more than 8 thousand Pakistani prisoners jailed abroad for the charges of human trafficking, narcotics, and illegal immigration. Among them, 96% are jailed in the Gulf States and the rest of them are in India, Iran, Malaysia etc. 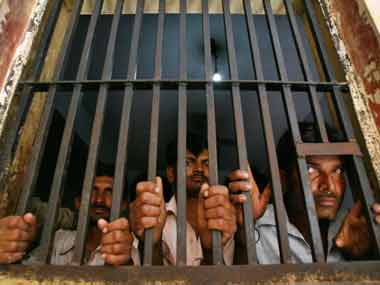 Among them, a small number of Pakistani prisoners have been proven guilty, while there are more than a thousand Pakistani prisoners jailed abroad illegally. During their imprisonment, they are brutally tortured and beaten by sticks, fists, and batons, kicked, choked and stunned by electronic devices.

Here is a recent example of it when two Pakistani transgenders claimed to be guilty by the Saudi government were tortured. They were kicked, packed in sacks and then beaten to death by sticks.

In most cases, families and even the person imprisoned abroad are ill-informed about their reason for detention.

Another example is of a woman who was recently seen in the media, appealing for the release of her husband who is in prison since 2005 and waiting on death row since 2009, in Saudi Arabia. For more than 12 years, her husband has languished behind bars in a condition where he is threatened to soon be beheaded, does not understand their language and even isn’t allowed to hire a lawyer in his defense. 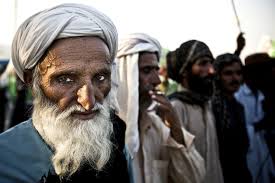 And how one can forget about the case of Mai Bhaagi and Shumaila Yousaf Mai Bhaagi who has had four family members, all fishermen, caught and jailed in India for more than 17 years, among them one has already died and the rest of them have been sentenced to life.

Shumaila Yousaf, whose father was illegally arrested and jailed in India on false allegations of fake currency, has been in jail for more than 4 years, besides this, there are many stories of Pakistanis prisoners banged up abroad waiting for our government’s attention and CARE. But then again, who “CARES”?