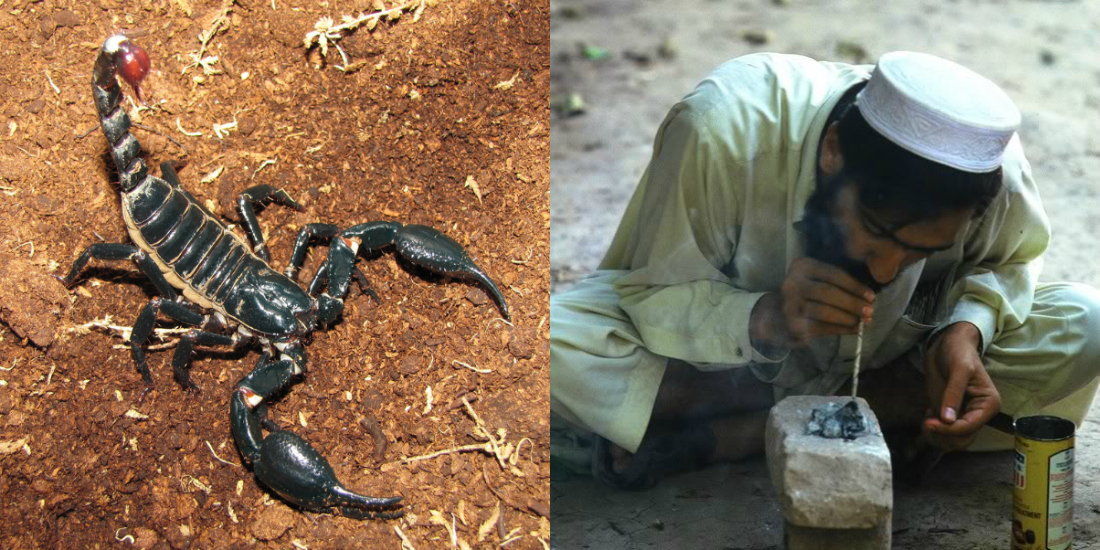 If you think Hash, or Charas culture, is the most dangerous addiction that has hit our society.. you’re mistaken!

Khyber Pukhtunkhwa, the hub of Charas and other such drugs that are descendants of opium, has produced another absolutely mind-bogglingly dangerous addiction – Smoking Dead Scorpions! 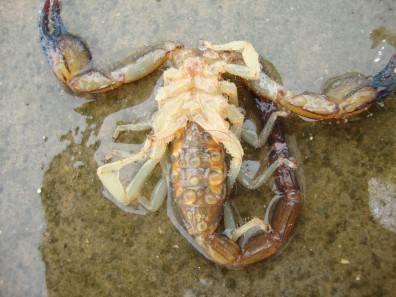 Smoking dead scorpions is not something new, the extremely dangerous addiction has been around in Khyber Pakhtunkhwa since the 1960s, famously sold in Matani area of Peshawar. The procedure? The scorpions are killed, then put under the sunlight so their bodies dry up or they are burnt on coal (koela) – the coal is then kept on a stove of a special sort, and the dead scorpion is left to cook until it turns to a powder form.

The powder, which is preferred to be created through sunlight burn, is rolled up in a cigarette, just like hashish, and then smoked. The dead scorpion gives an unbelievable high, which can also prove fatal. The people who have tried it, call it the “worst form of addiction.” 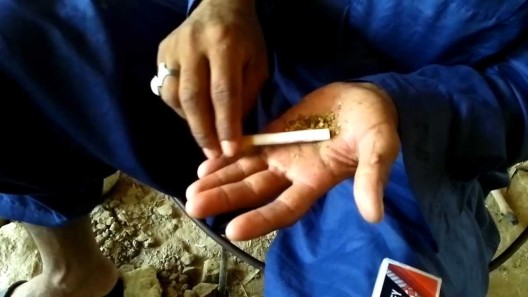 The other way to smoke the dead scorpion would be that while it burns on the stove, the junkies inhale the smoke coming out of the burning scorpion – and it’s the tail that takes the cake – the most addictive part of the whole arrangement. Inhaling the poisonous venom directly.

The buzz or high, last up to 10 hours for the person who smokes the dead scorpion. Experts say that this addiction is of the worst form and it is extremely harmful for the human brain. The initial 6 hours of the high are extremely unbearable and painful, as the buzz fades away… the junkie starts enjoying the experience.

The addiction also causes memory loss – short and long term, both. If you get hooked on to dead scorpion smoking, the addiction creates stomach disorders of the highest levels, along with insomnia and harsh, frightening dreams – there are also high chances of sleep paralysis. The smoking of dead scorpions also causes hallucinations, which the addicts say, is one of its perks.

Indian Model Gauhar Khan Was Called a ‘Pakistani’ and Here’s How She Dealt with the Social Media Troll!
Atif Aslam Goes Out in the Rain to Search for Halal Food in Switzerland!
To Top