The Rainforest Amazon Caught Fire And Has Been Burning For Weeks Now!|Parhlo.com

The Amazon forest has caught a massive fire compelling it to burn for more than three weeks. The forest is reduced to nothing but flames and barely any media has decided to cover it at first.

How This Affects The Planet:

The forest of Amazon serves as 20% of the oxygen that humans breathe. Therefore, the fact that such an important resource is suffering at the moment, deepens the impact of climate change. Global warming is slowly engulfing the world, as we speak. Many experts are also mentioning the crisis to be irreversible in some decades. It is a scary situation considering that the man-made atrocities are damaging nature almost everyday. This also includes the heaps of micro-plastics in the middle of oceans which ends up disrupting sea animals. Not to mention, the food chain sees a disturbance as well. The plastic that the fish eat ends up on our plates too. 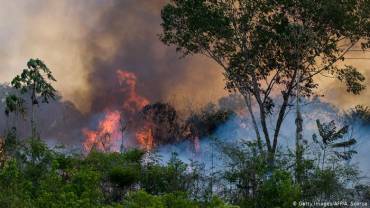 Regardless, similar to the current plastic issue, humans aren’t protecting their forests as well. Forests are the reason for human existence in the first place. The Amazon forest’s fire is increasing to the point of no return. Yet, almost no one nor any major news site was able to cover the issue right after the fires started. 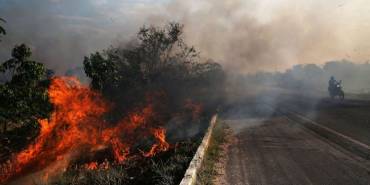 The real concern is that everyone flocked to help when the historical building Notre-Dame caught fire. There were billionaires willing to invest money in building it back up after it burned to the ground. However, regarding this, many have been silent. And people have expressed their discomfort over this all over prominent social media sites. Additionally, the fire at Amazon has been so huge that satellites are able to capture the occurrence from space. The record for deforestation in this year has sky-rocketed than ever before.

People are sharing the hashtag ‘Pray For The Amazon’ all over Twitter, in hopes that the problem gets coverage. However, many are saying that prayers alone would not be able to mend the forest. Humans need to be held accountable for their actions and should work together to improve the Earth’s condition. Sao Paulo went completely black during the day because of the immense smoke emerging from the forest’s fire. This serves as a wake-up call for everyone harboring Earth that climate change has the capability to swallow all of us, and the time for change is now.

What do you think of the situation? Do you believe that the Earth truly is doomed at this point? Is the forest Amazon’s fire disastrous enough to make climate change irreversible? Share your thoughts using the links below.

Court Rejected Qandeel Baloch’s Parents Request To Forgive The Killers!
India’s Quint Finally Exposes How Journalists Are Being Stopped From Reporting The Truth In Kashmir!
To Top