Pakistan Foreign Office 'Disappointed' By US Report On Anti-Terrorism

Today, the Foreign Office commented on the report, stating its disappointment over the report on anti-terror measures. The report has been issued by the US Department of State. 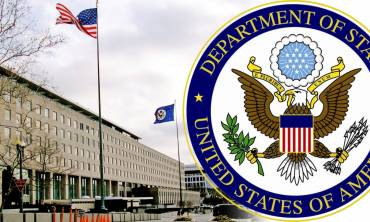 The report criticizes Pakistan’s role against anti-terror elements and measures taken by the country. The US Department of State has addressed Pakistan’s efforts as ‘not good enough’. These relate to curbing militant outfits such as Lashkar-e-Taiba and Jaish-e-Muhammad.

Foreign Office’s statement on the Report

“Pakistan is disappointed with assertions made in the US Department of State’s Country Report on Terrorism 2018. The report completely overlooks the factual situation on the ground. It also overlooks tremendous contributions made and sacrifices rendered by Pakistan over the last two decades in the international struggle against terrorism. These efforts have not only resulted in the elimination of Al-Qaeda from this region but have also made the world a safer place,” the statement opened. 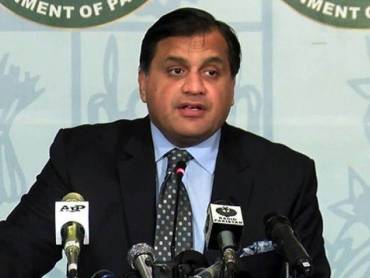 The Foreign Office further registered its protests stating: “As noted in the report, Pakistan faces the threat of terrorism from a number of groups, including TTP (Tehreek-i-Taliban Pakistan), JuA (Jamaat-ul-Ahrar) and ISKP (the Islamic State of Iraq and the Levant – Khorasan Province).

The report, however, fails to mention that these groups continue to operate and conduct terrorist activities against Pakistan from across the border.”

Furthermore, the Foreign Office added that Pakistan has taken concrete steps against terrorist outfits under the National Action Plan. The plan takes in view of all the stakeholders of the State. The FO statement also says that Pakistan has taken ‘legal and administrative measures’ mentioned in the United Nation’s Security Council’s sanctions.

Pakistan FO’s statement also sheds light on the US Department of State’s negligence of the country’s support in the Afghanistan Peace process. The country has been enabling dialogue between the Taliban and the US. Ever since 9/11, Pakistan has been a constant player in the fight against terrorism in the world.

From UN Peacekeeping missions to fighting terrorism on its own soil, Pakistan has given huge sacrifices. No other country comes close. The report published on November 1 seems to be influenced by India’s foreign office. The outfits mentioned in the report strictly target the Kashmir issue and events relating to India.

The US Department of State further alleges that ‘externally focused groups such as LeT and JeM which continued to operate, train, organize, and fundraise in Pakistan’. This statement is as far from facts as possible.

With Pakistan constantly fighting terrorism at home, adhering to FATF’s warning and fighting India, it is void of facts. This report definitely hurts the ‘bettering’ relations between the US and Pakistan.