Everyone Who Is Trolling Maleeha Lodhi Needs to See What Former Foreign Minister of India Once Did!

Recently, Dr Maleeha Lodhi, who is Pakistan’s Ambassador and Permanent Representative to the United Nations gave a blistering speech during the UNGA conference. While all 193 members of the UN took the stage at the UNGA, the highlight was rather the dual debate between India and Pakistan.

After India’s foreign minister Sushma Swaraj made baseless allegations against Pakistan,  Dr Maleeha Lodhi, blasted India and her foreign minister with a prolific reply. Although, she displayed a wrong reference image to the context of her speech and received major criticism for it. However, we must not forget that the argument proposed by the UN diplomat was strong, convincing and based on facts. 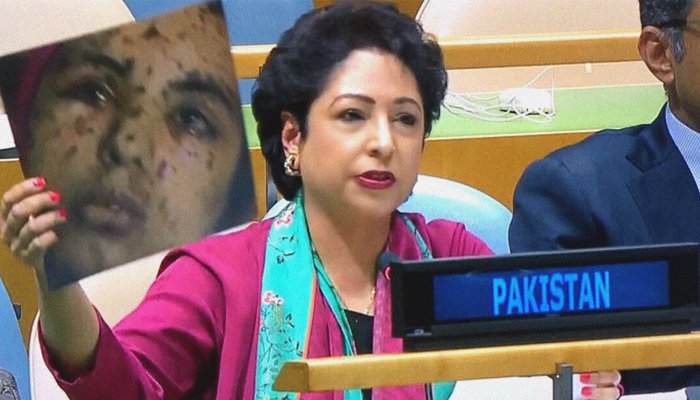 Our diplomat did receive sheer criticism from all sides. However, our noisy neighbours pulled off an epic fail, an even bigger blunder by SM Krishna, former Foreign Minister of India, long before Maleeha Lodhi ever stepped in a United Nations conference.

This video will haunt India for life!

Dear India and Pakistan. We both have enough incompetent asses. Here is one. pic.twitter.com/C96dfGOZj0

See what he did there? Prior to him speaking, he met with the Portuguese ambassador and somehow on earth their files got exchanged. Next, the former minister started briefing from his file and the whole conference room witnessed the shocking moment.

Of course, it may be just called a human error. But where India is bashing Dr Maleeha Lodhi for using the wrong image, we present them a taste of their own… Watch it again and again, it gets funnier and funnier. Besides, we still cannot let go of the befitting speech by our ambassador produced during the United Nations conference. Where are the haters?

Have your say in the comments!

8 Facts about the Emmy Award Winner Riz Ahmed Nobody Knew Before
This Tweet by Zaid Ali Is Making Every Pakistani Legit Confused!
To Top