So, it’s food under discussion yet again. Once defined as one of the basic needs of living organisms, food now holds a special position in human life that is beyond sustenance. No denial of the fact that food is vital to the existence and maintenance of life on this planet, we have transformed its very countenance and some purposes, too. Certain types of eatables, as staple requirement, have been overhauled as luxurious commodities with a mere alteration in their preparation methods and presentation styles. Given any menu item, the foreign food bloggers in Lahore are in total control of it!

Food, as we are witnessing it today, is thought of being incomplete without it “garnished” with appropriate wordy “spices”. That is, what is food without getting it under black and white with reader-friendly blogging and eye-catching vlogging.

The writers on food are the cooking and posting bloggers. These bloggers usually cook extensively and post about their cooking stories along with super appetizing pictures. Their range of writing could be anything from a blog that documents highly authentic recipes, or experiential food or just about anything that one happens to cook.

Food Blogging Is The Running Trend: Food With The “Black And White” Condiment 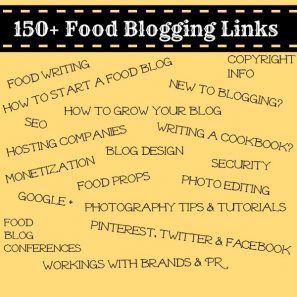 Vlogging is video blogging that contains video content. The vlogging segment though small and limited is growing. The vlogs are sometimes referred to as the vlogosphere.

Both blogging and vlogging are effective strategies for people who want more visitors to their websites. Many bloggers and vloggers work on a professional level to make it the source of their bread and butter. They take all measures while creating entertaining and informative content. Entrepreneurs and business owners now utilize blogs and vlogs to attract more customers and increase their website traffic.

Food Vloggers Turning Into Influencer: Show Them Over, Win Them Sooner! 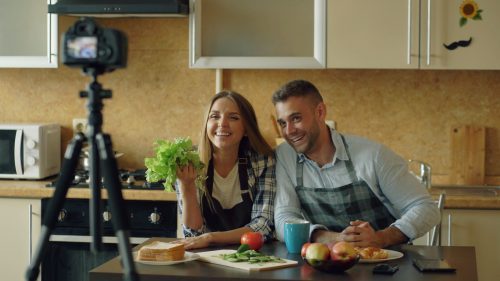 “I love eating food”, but who doesn’t?

“I love filming food”, comes the confession only from a creative person who is also passionate about food. The life of a food vlogger is played out on the small digital display of a computer or mobile.

Vlogging has become an increasingly popular way for people to share instantly what once would have been restricted to the written word. It is the ideal way of giving color and motion to recipes, cooking tips, and so much more. It has become a trend-setting, handy tool in attracting a following that can compete with more traditional forms of blogging. With phenomenal success associated with vlogging, it becomes clear why someone might aim to become a food vlogger.

Vlogging and blogging provide an additional and invaluable resource for connecting with people. It is information and trends that we might have otherwise missed. This is how the digital economy is creating new types of jobs and jolting the way conventional industries operate. Food brands are experiencing the benefits of tapping into the ready-made audiences of their vlogging. Food vloggers as influencers are capable of building a firm relationship with their audience based on expertise, genuineness, and trust. 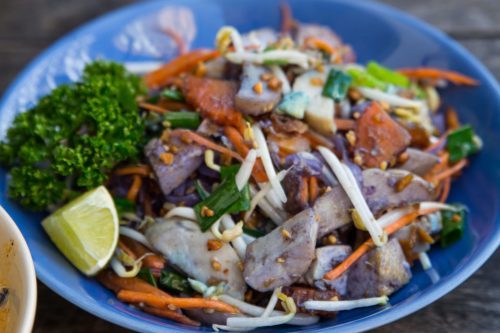 The message is all too loud and clear: Food vlogging is the way to go and grow. In our local arena, this has been the newest trend that is gradually building up in momentum. And, if the present government continues to extend ample support to these tourists of a new genre, things are going to change for a lot better. It needs to be realized all the more how online influencers are bringing about changes in the food industry. Quite evidently, food vloggers and bloggers are the new ones to watch. They are the most happening characters in modern day food marketing.

As for the Pakistani food, it is rich in nutritional value, packed full of spice, generous with ghee or cooking oil, and incredibly delicious.  The Pakistani cuisine is a blend of the various regional cooking of the Indian subcontinent; after partition, the Pakistani cuisine turned into an extension of Indian cuisine. It has been a recent trend that foreign food bloggers in Lahore are venturing into the country for the purpose of exploring Pakistani local cuisine.

From food bloggers in Lahore stretched out to Karachi, one would expect the food to be similar all over Pakistan. But, an interesting fact is that food and the way it is cooked varies considerably from region to region. The taste variation reflects Pakistan’s ethnic and cultural diversity that impart specialty to a given food menu. What is generally found by the food blogging community is that Punjabi food is very rich in flavor and texture. People from the Punjab region tend to place a lot of emphasis on full meals. They eat up to the point till they can’t gulp down anymore. 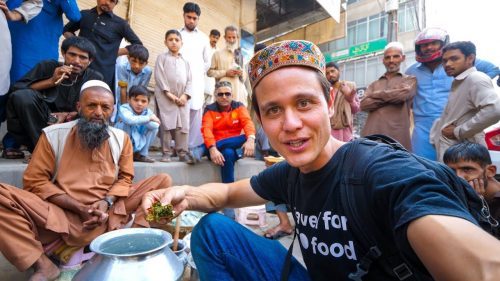 Pakistan, A Land With Endless Options For The Tourists

Only recently a Thailand based food and travel blogger, Mark Weins, completed his 16 days’ visit to Pakistan. Best known for his blog “Migrationology”, he has released the full story of his journey. He filmed his entire visit and narrated his experience about the food that he himself munched on. He also penned a travel guide suggesting people about what to look forward to and expect from their journey (with food stressed) to Pakistan. In Mark’s own words, 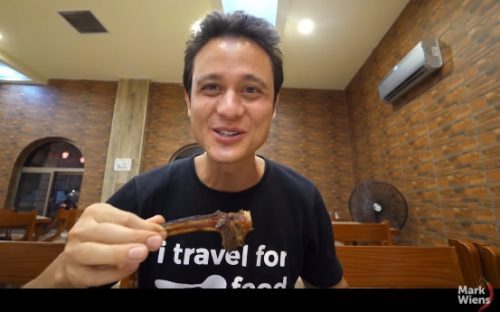 The foodstuff he relished to his heart in his trip to Lahore and other destinations can be listed virtually endlessly. To give you an idea, here are a handful of those delicacies that he gifted to his appetite:

Mark Weins left for his native land after an exotic visit to Pakistan which he considers memorable, remarking:

“It’s impossible to pick a favorite food in Pakistan.”

And, We Had Another Food Maniac Amongst Us…

Our all too enthusiastic Pakistani public was quick to welcome another foreign foodie global traveler hailing from China, Trevor James aka The Food Ranger. Visiting The Land of the Pure, he received a warm reception from his hosts here. His aim? To focus and highlight the food and hospitality of the country.

Reaching here with his better half, Trevor landed in the state capital, Islamabad, with Ali Hamdani as his host and guide. He had all planned to set his feet moving along small towns, villages and districts in search of great tasting food and friendly people.

Trevor With His Wife And Guide: Three Make A Perfect Company! 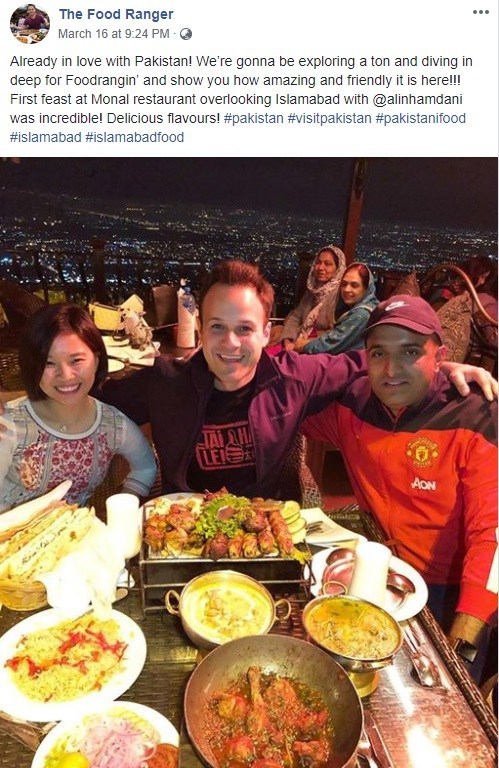 “Pakistan is an amazing country and a beautiful destination for travel and food lovers.”

“Pakistan is the land of hospitality!!! We’ve been here one week now and have fallen in love with the delicious food.”

What Trevor was swift to mention was the fact that the couple never had to pay for anything they stopped by and a go at it. Such hospitable and friendly he found the people of Pakistan. Even his wife  couldn’t silence herself for long. She also shared her good times here, remarking that people were welcoming and always smiling at them. In her words,

“The amount of flavor and spice in every bite has us in heaven.” 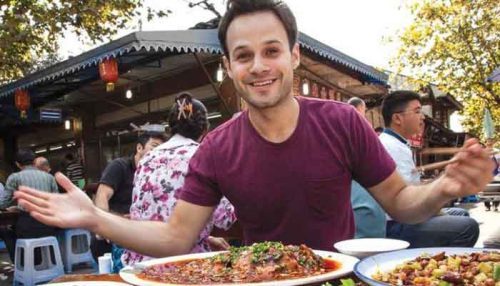 Read Also: 11 Must Have Food Items When You Visit Pakistan

11 Must Have Food Items When You Visit Pakistan!
Life Is Unpredictable And Here’s Why We Should Stop Worrying About Our Future Plans!
To Top