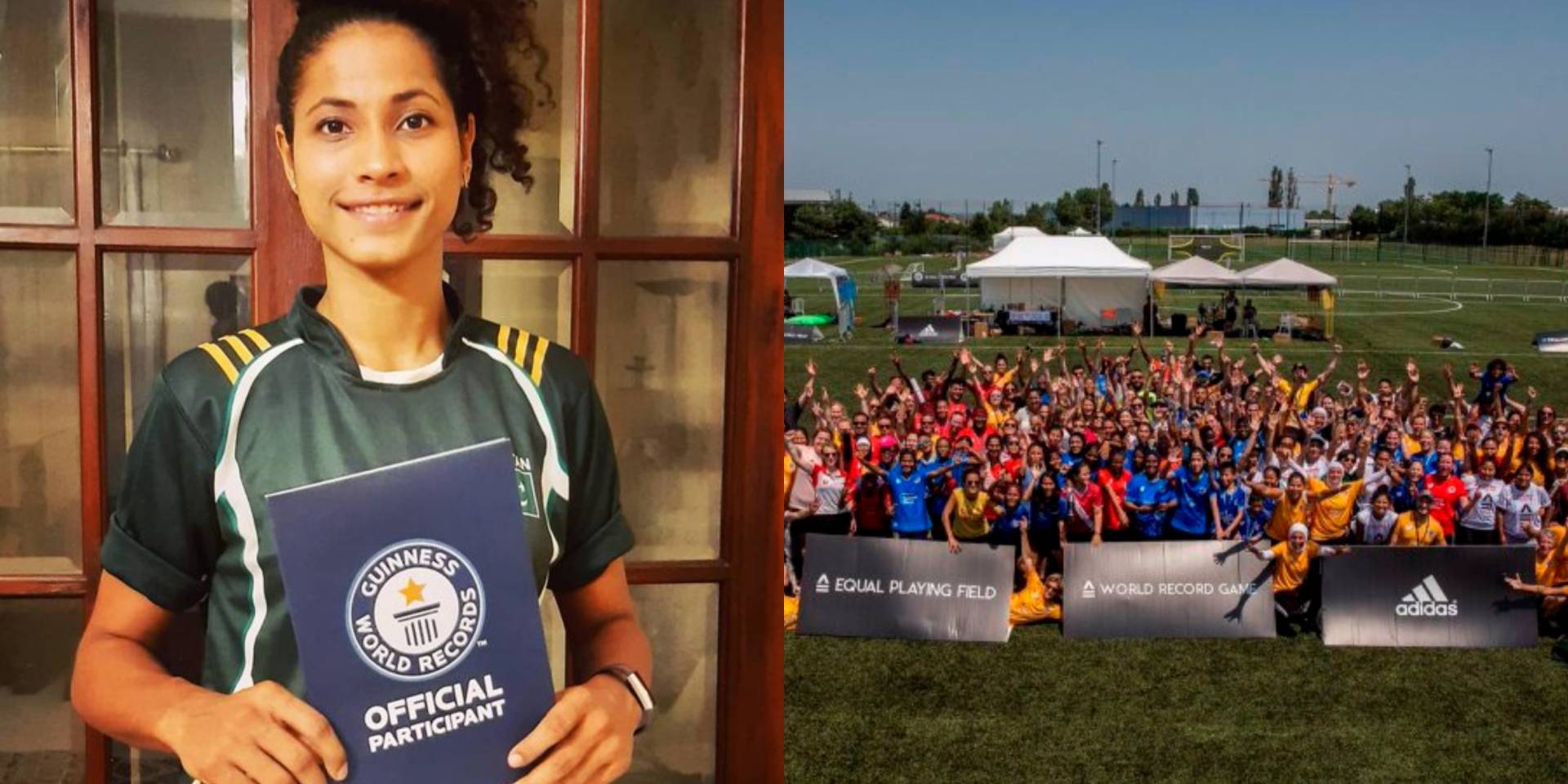 It’s not every day you get to hear such incredible news! Captain of Pakistan football team, Hajra Khan has set her third world record making Pakistani’s all over proud!

In 2019,  Hajra was invited to France to participate in the Equal playing field initiative (EPF).

The football captain to part in a five a side match that went on for an unbelievable 69 hours!

IT'S HERE!
My third @GWR just in time!
Record for the longest football match played for 69 hours in Lyon, France 🇫🇷🇵🇰
•
Will fight until the playing field is EQUAL!
This is why I do it! 💪🏽
•#AnyGirlAnywhere @EPFinitiative#equalplayequalpay #whoruntheworld pic.twitter.com/BkjWewIqZt

The lastest record Hajra has set is for the longest football match played for 69 hours in Lyon, France.

“Will fight until the playing field is EQUAL! This is why I do it!” she tweeted.

The game went on for 69 hours!

The match started on 28th June lasted till 1st July.

The match for instance itself has proven to be one of the greatest world records in sports had around 807 players from all around the globe Additionally the match also earned the record for having the most number of players in five a side match.

Hajra played for four hours and scored 6 goals in the match. The final score of the incredible match was 404-369.

Twitterati lauded Hajra for the fine victory and shared their heart-felt congratulatory tweets.

Congrats to you and the whole team!

Earlier in 2019, Hajra herself tweeted about the achievement and was appreciated by masses and big names alike.

On the other hand the captain first made a world record by taking part in a football match that lasted for three and a half hours where she managed to score four straight goals.

Moreover Hajra also got featured for the world record of the lowest altitude matches played in history at the Dead Sea.

Man In Peshawar Takes Lives Of Siblings Because They Added ‘Extra Sugar’ In Sherbat
Bake Parlor Pasta’s Wide Recipe Range Aims To Bring Families Close During This Pandemic!
To Top