The Actual Footage of Ride Collapsing at Askari Park is Out and the Scenes Are Really Tragic! 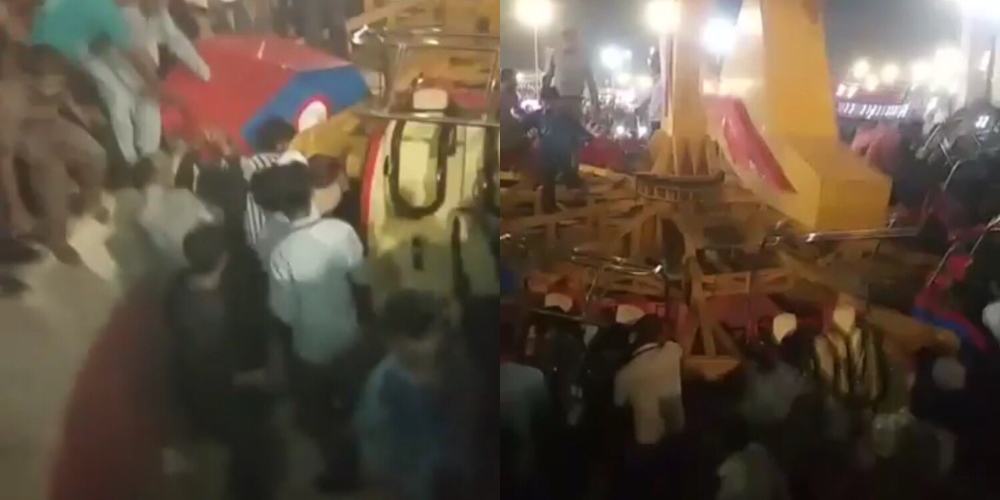 Karachi has a new park in the locality of Gulshan near the central jail. It is called “Askari Park” and for weeks it has been a source of entertainment and amusement for a crowd of thousands. Karachiites flocked to the amusement park every weekend and on any given day, you would find it flooded with people. Askari Park is known for having international standards of rides and it has gained a lot of popularity.

This Sunday was just like any other at Askari Park. Swamping of people like any other weekend. But it turned into a nightmare after one of the highly sought-after rides at the amusement park collapsed. It was a swing ride which was newly opened at the amusement park. According to police, around 16 people were crushed and there has been one fatality.

Ride falls in Askari Park #Karachi this evening. At least 12 people were taken to hospital. Unconfirmed reports say one person lost his life in the incident. pic.twitter.com/Jf9KQrDpKj

Warning: the following content may be inappropriate for some audience. View at your own risk.

It was revealed that there was a person buried under the debris after the collapse. The person was trapped and it was difficult for the rescue squad to evacuate and rush the person to the hospital.

A 16-year-old minor girl lost her life in the accident. She was rushed to Dr. Ruth Pfau Civil Hospital and was later pronounced dead. The girl’s name was Kashaf Samad and according to the doctors, she had already expired before she was brought in to the hospital. She was a resident of Sharafabad town in Karachi.

Our hearts pain to find out what happened at the Askari Park last night. May the victims recover from their injuries. May the family of the deceased girl finds the strength to cope in this catastrophic time.

Maryam Nawaz Refused VIP Facilities But These Pictures Of the Jail Say Otherwise
Imaan Mazari Massively Trolls Farhan Saeed for a Tweet That Is Making Everyone Go Bonkers!
To Top