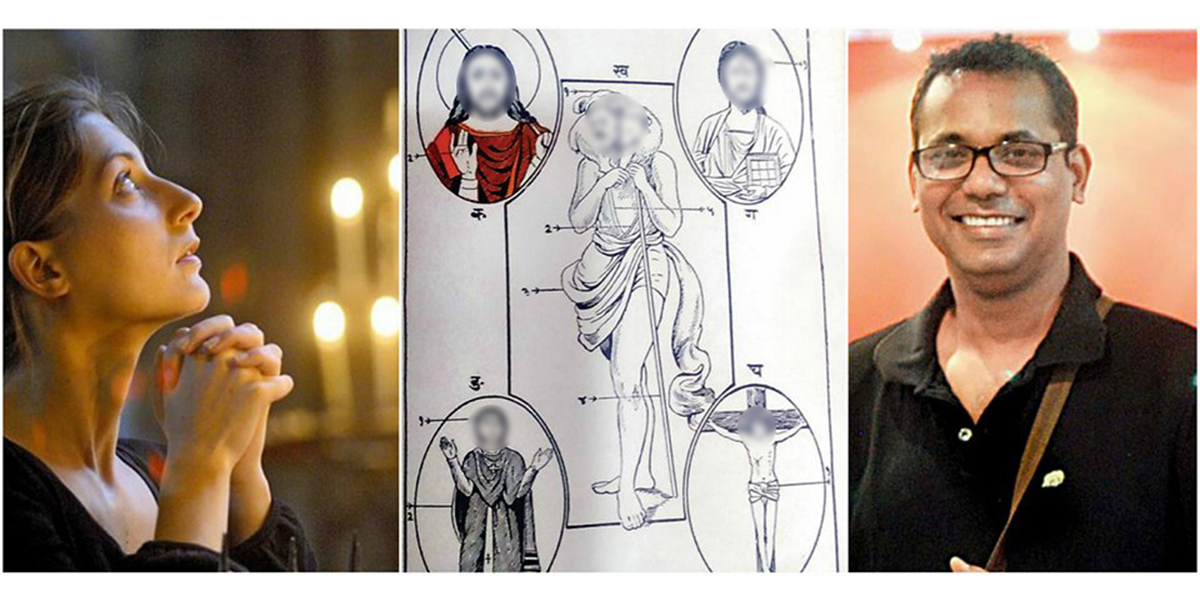 What is the weirdest claim you have heard from Indians? Surgical strike? No… that’s not the most bizarre claim by them. India has been fooling its populace since forever, and Indians, they just love to be fooled. Be it Arnab Goswami on media or extremists writing books more than half a century ago.

The Prophet, Hazrat Isa A.S. who is respected both by Muslims and Christians in one way or another is the topic of discussion of a book in India.

The 1946 book by an RSS member, claims that Hazrat Isa A.S was, God forbid, a Hindu. More precisely a Tamil Brahman, and it doesn’t end here. The book further claims that his real name was Keshao Krishna and he died in Kashmir. It doesn’t stop being bizarre there either. It further goes on to state that Christianity was a sect of Hinduism. Not stopping the nonsense even there, the book claims that he was revived in the Himalayas after being crucified. The said book has been republished again this year.

This book has been written by Ganesh Savarkar of RSS. RSS is an extremist wing of BJP, the ruling party in India. RSS is also known for forcefully converting minorities to Hinduism under a campaign called ‘Ghar Wapsi’.

RSS is itself involved in many other extremist activities against minorities, especially Muslims, and has been behind instigating people to kill minorities who eat beef. The current Prime Minister of India, Modi, is also claimed to be an active RSS member.

This book and many other white lies have continued to be part of the shaping of the Indian society’s mindset. The current rise of extremism in India is a good example of the mindset of Indians. Indians being made to believe of Kashmir being their integral part, while Kashmiris struggle for freedom for 7 decades, is another such lie.

Such delusions and extremist views not only hurt the very basic morals of a society, they also make them look like fools to the rest of the world. Get well soon, India.

10 Celebration Styles In Sports That You Must Look At
Roar Of A Tiger: Imran Khan
To Top