Here's Why Food In Karachi Is Loved By Everyone|Parhlo.com 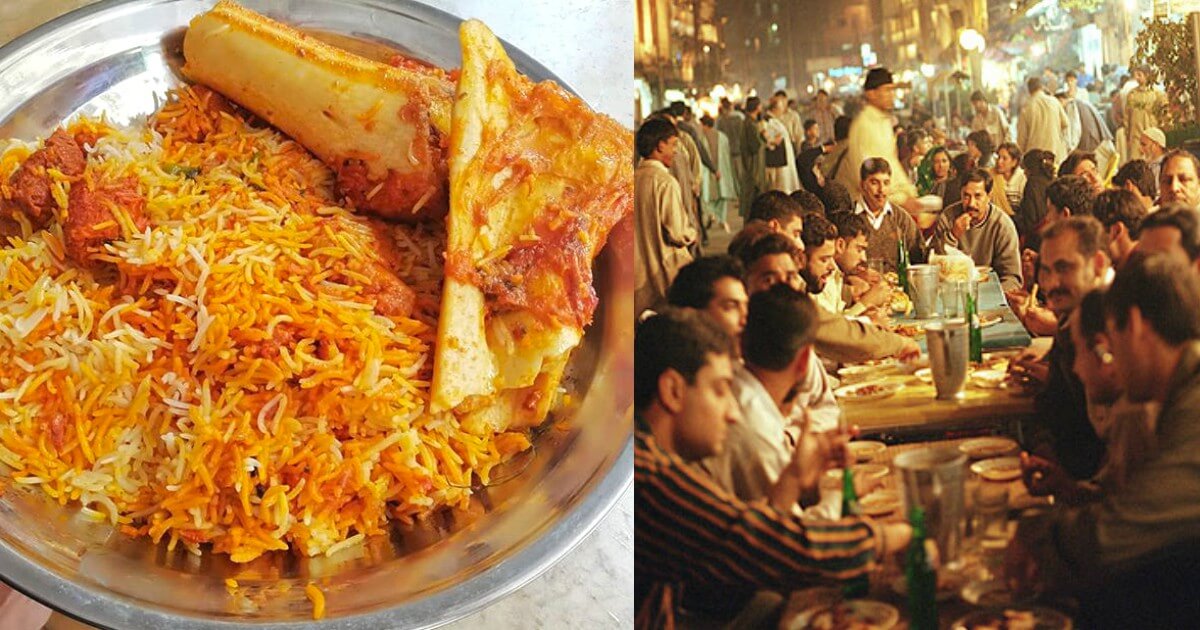 It is rightly said that there are only three things every one of us needs in life: money, compliments, and food!!!

As we all know that food is the basic necessity of life with which we consume energy for work but for many people on this planet, food is more than just a source of energy consumption. The word ‘foodie’ came into being in 1980 when an American restaurant critic, Gael Greene used this word in one of her columns to explain her experience of meeting food lovers. The term was used sparingly for years but now a populist food critic or a person who eats food not because of hunger but due to their immense interest in food are known as a foodie.

The cultural boundaries of any region set by what we eat and what we don’t as certain food come to be associated with certain places. When Pakistan got parted from India, the people who came from across the border brought their food culture with them. If we talk about different regions of Pakistan, we found a variety of food items in every region. According to consensus, Karachiites love spicy food while Pathans in KPK and Baluchistan are the real meat-lovers, most of the people in Punjab are vegetarians while rice is the national favorite food item of Pakistan.

When We Talk About Rice, How Can We Forget Biryani? 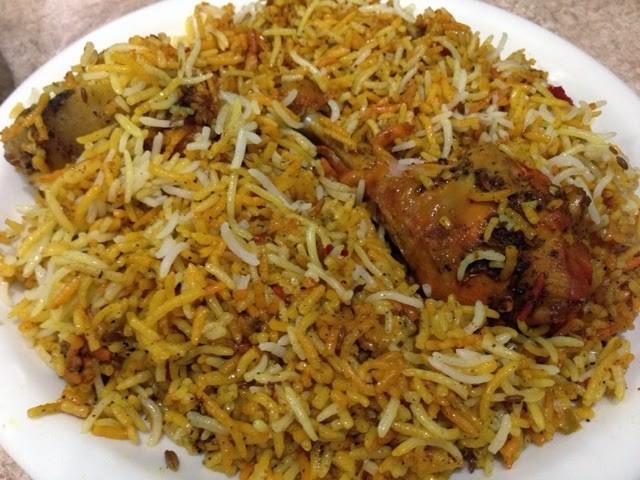 Among all the popular food items available in the city, Biryani continues to be the favorite one of the Karachittes. It is a fact that Karachiites hardly get agree on anything, but Biryani is the only thing which unites them. Whether it is a birthday party, wedding ceremony or a religious gathering, all Karachittes want and love is biryani.

Biryani has the power to connect people who disagree on politics, sports, social and religious values, the legitimacy of Neil Armstrong’s landing on the moon in 1969; Biryani forces them to sit on the same table! The aromatic yellow colored spicy rice, no matter if you want aloo in it or not, is the love of every Karachiite.

Have You Come Across This Special News For All The Biryani Lovers In Karachi?

Earlier this month, Governor Sindh Imran Ismail announced at a lunch gathering that Sindh Governor House will host ‘International Biryani Festival’ every year. The lunch was organized by the Rice Exporters Association of Pakistan (REAP) and Governor Sindh accepted the request to host biryani festival. “We will be hosting a biryani festival soon and it will become an annual tradition”, said Imran Ismail.

Governor Sindh promised that the incumbent government of Pakistan Tehreek-e-Insaf will help increase rice exports to $4 billion, “the government wants to aid farmers, industrialists, and exporters. Rice exporters are the country’s breadwinners and the doors of Governor House are always open for them”, added Imran Ismail.

While speaking on the occasion, REAP Chairman Safdar Hussain said, “The government is focusing on the improvement of every sector. It is the exporters’ responsibility to increase exports and support us”. Former Chairperson of REAP Abdur Rehman Janoo shared the export details in the meeting. He said that our export to China has been decreased from 30,000 tonnes to 7,000 tonnes. “Rice export had increased when REAP organized Biryani Festivals in 14 countries”, Janoo added.

What Other Food Items Do Karachiites Love?

As we all know that the desi people of Karachittes love spicy food. Other than biryani, here are a few other delicious food items people love to eat! 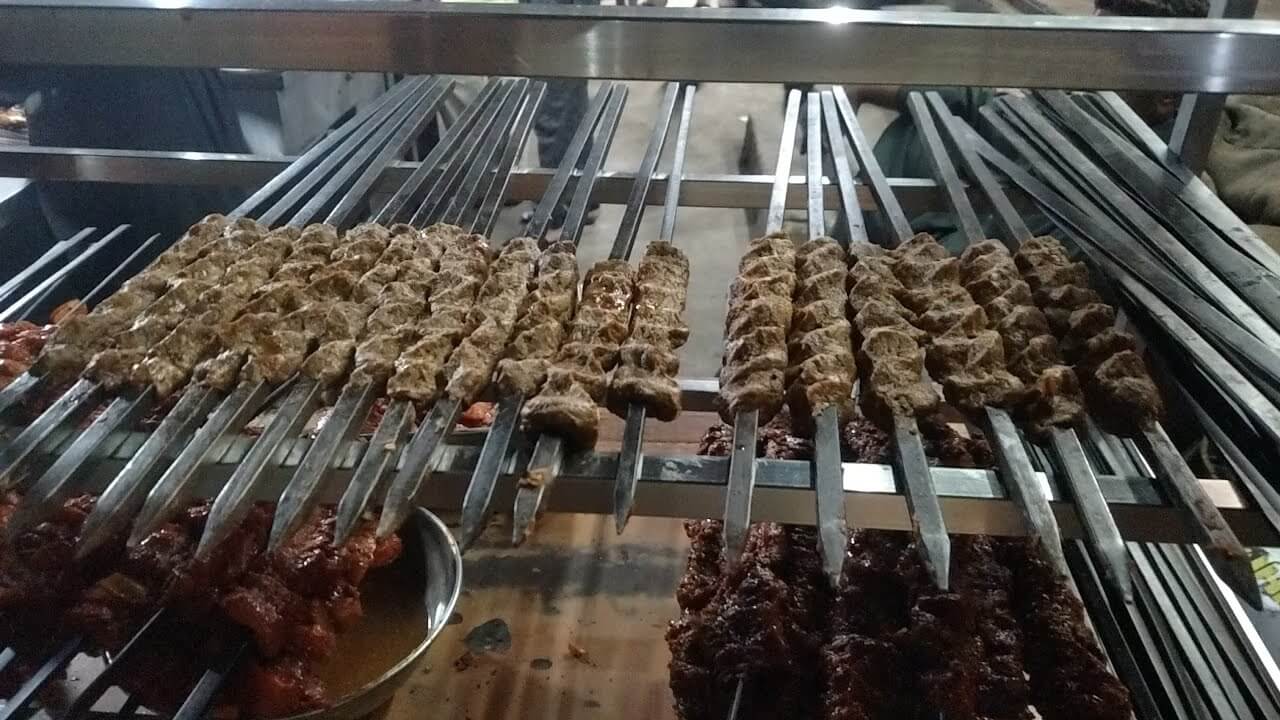 Seekh Kebab, originally known as Shish Kebab was introduced in subcontinent Asia by the Turks. Shish means a “sword” or skewer and Kebab means “to roast” in the Turkish language. Waheed Kebab House situated at Burns Road and Ghaffar Kebab House at Tariq Road are the famous places in Karachi for the Kebab lovers. 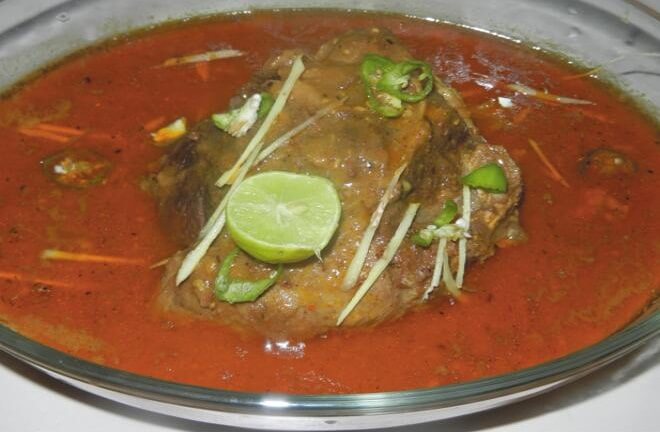 Nihari is one of the best gifts from Nawabs to the people of subcontinent Asia. ‘Nihaari’ comes from the Urdu word ‘Nihar’ which means ‘day’ as the best time of having it is early morning. Zahid Nihari, Javed Nihari, and Nihari Inn are a few of the favorite places for Nihari lovers. 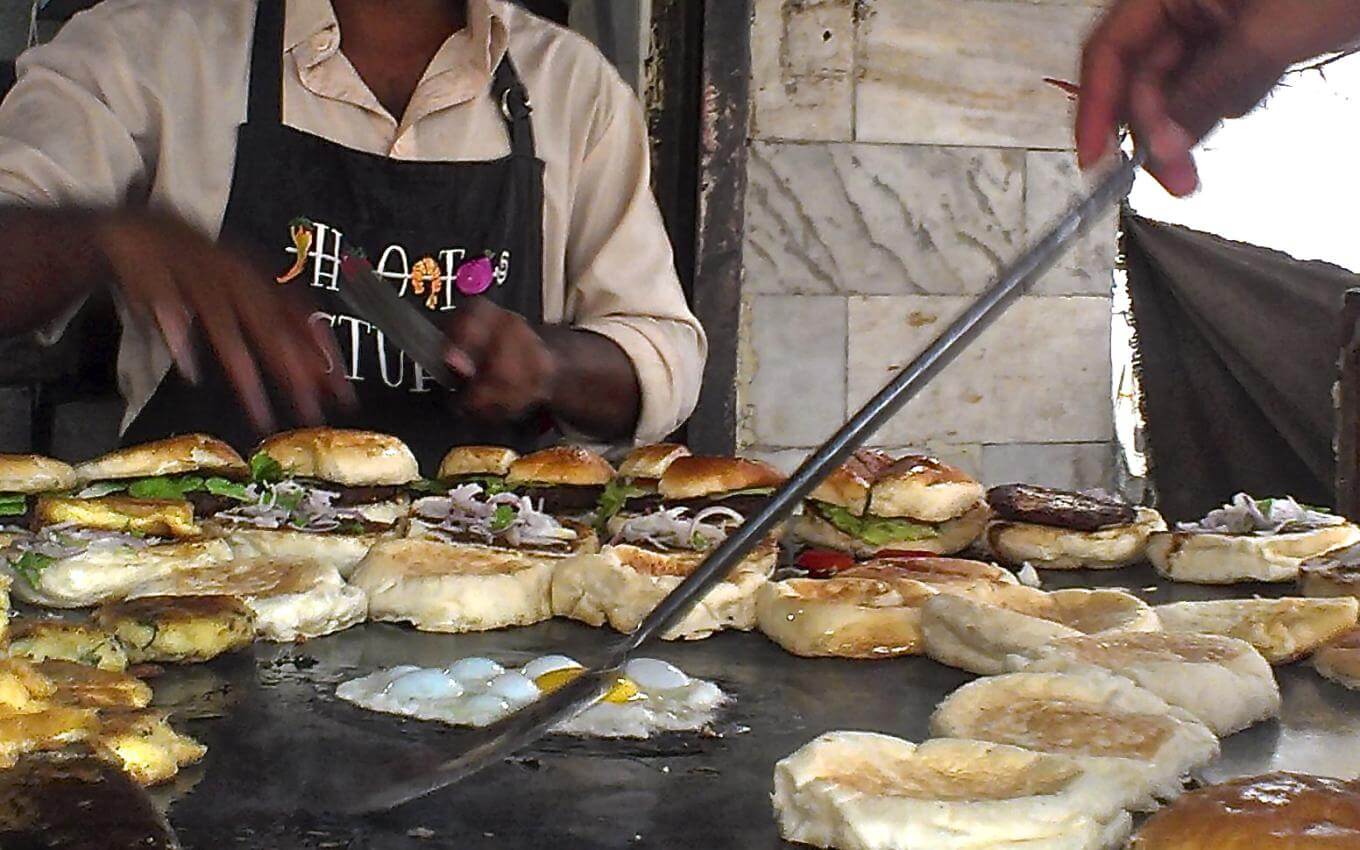 How could we forget Bun Kebab? The perfect combination of Shaami Kebab, anda (optional), chutney, salad is what Karachittes call the real Bun Kebab! Rehman Bun Kebab and Babu Bhai Nun Kebab are busy in serving the best Bun Kebabs of the town. 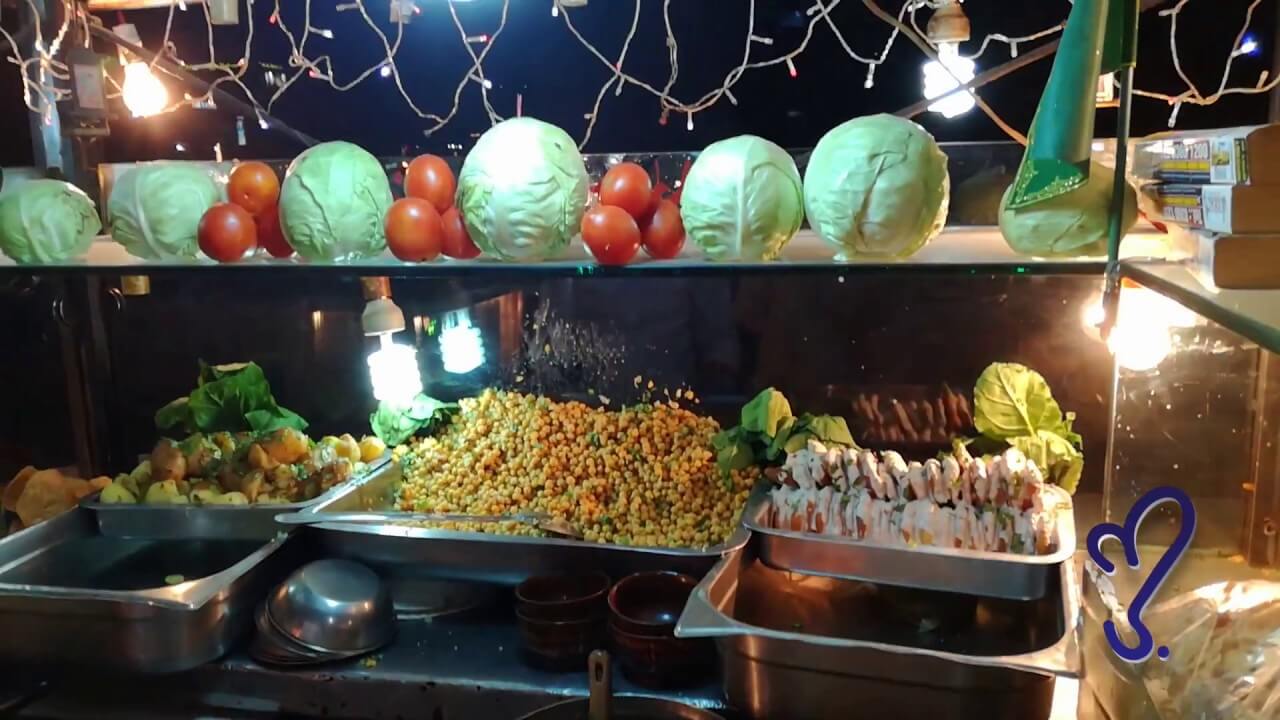 Karachiites can proudly say that they have the best chana chat places in every corner of the street. No matter how unhygienic it is, people love the perfect spicy combination of boiled potatoes, chickpeas with a handful of chat masala, papri, and salad on it. Shams Chat Corner and Crescent Nimco Bahadurabad are the best ones for chitore chat lovers. 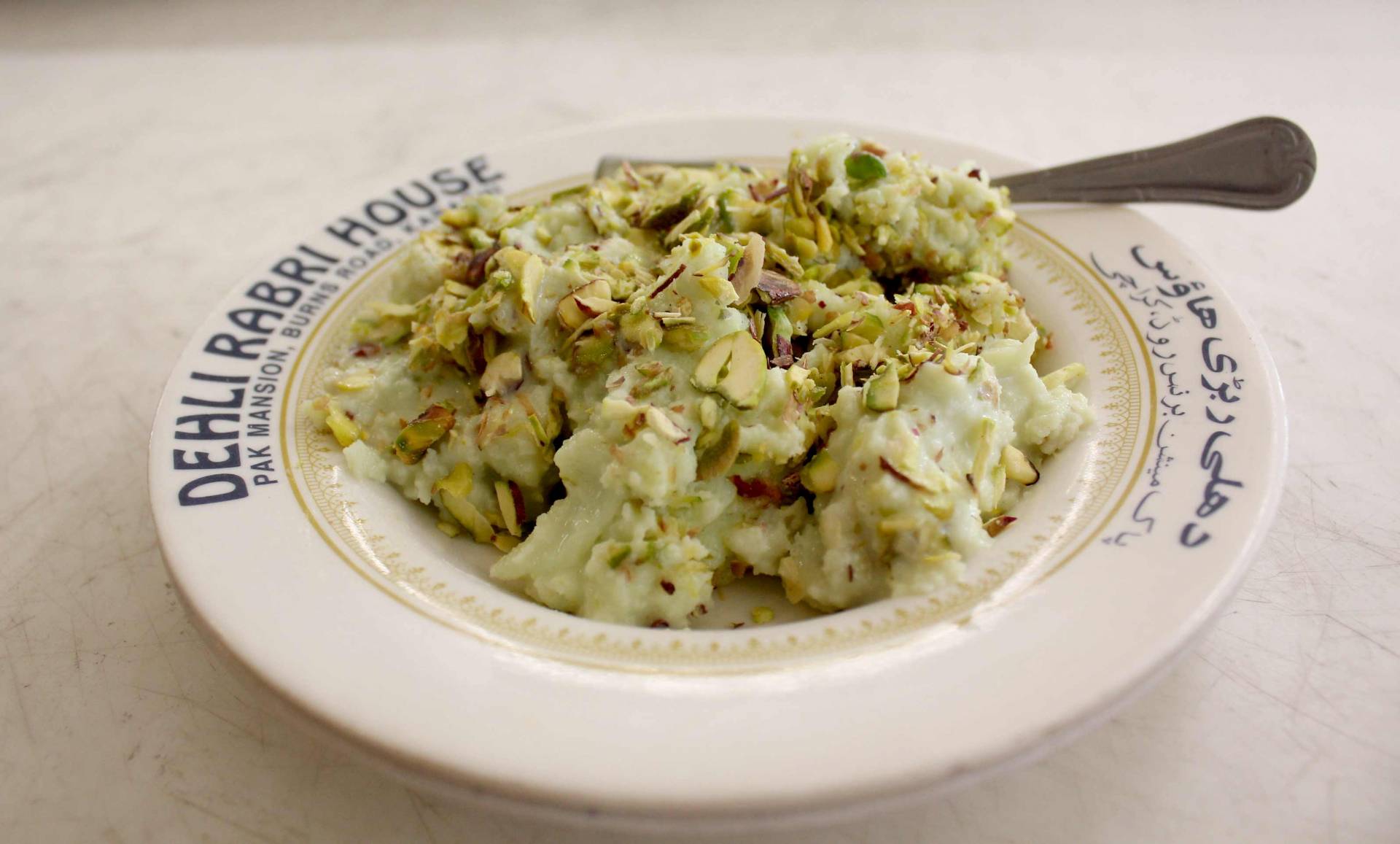 Rabri is one of the popular deserts of subcontinent Asia that was brought to Pakistan by the owners of Delhi Rabri House. Talking to a private news channel, Mohammad Bilal of Delhi Rabri House told that they are the oldest in this business and their products are acclaimed not only nationally but also globally because of the unique taste.

At a simmering temperature of about 85 to 90 degrees centigrade, the milk is evaporated without being stirred in a large iron vessel shaped like a bowl – Karahi. After being cooked for hours, the milk changed into a rubber-like consistency with caramel color and flavor, most of the people believe that Rabri is the pre-khoya stage which has several layers of clotted cream. 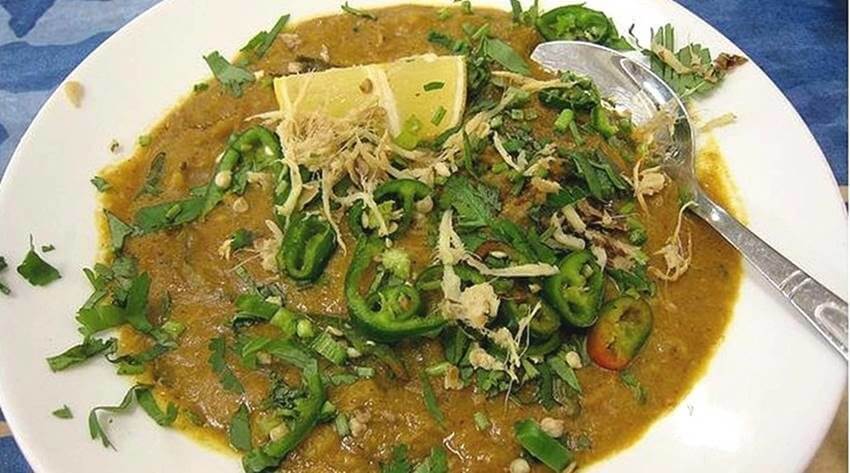 A thick stew of lentils, barley, meat, and spices is known as Haleem in Karachi. Because of its nutritional benefits and delicious taste, it is one of the popular food items of Karachi. Karachi Haleem, Darbar Haleem and Haleem Centre are a few places where people used to go for Haleem.

So, are you a food lover too? Do you want to add more to the list of favorite food places? Share your thoughts with us in the comments!

This Pakistani Girl Shares All The Reasons Why ACCA Is Far Better Than CA!
This Online Store Is Giving Competition To ‘Walk-In Stores’ And Finally, Pakistan Mein Online Shopping Scene On Hai!
To Top