Focal Person To HR Ministry Finally Speaks Out Against News Of Him Torturing A Servant In Sindh!

These days politics in Pakistan is all just a planned hypocrite scenario. Every political party existing is either playing the blame game or throwing a victim card in front of the general public. The mere reason behind these tactics is just to satisfy the greedy needs which are beneficial for their own self, not the state. Apparently, showing the pure phony face is what makes a politician, politician.

Pakistan Tehreek e Insaf (PTI) has been prey for the opposition parties since last year’s electoral win. PTI leader and the incumbent Prime Minister Imran Khan is proving himself as the right choice for Pakistanis, which is backed by PTI’s achievements in the first 10 months. But the other political alliances are busy creating problems for the government instead of working side by side for the growth of Pakistan.

Iftikhar Lund will now serve as the Focal Person for Human Rights!

PTI’s senior member  Shireen Mazari is currently serving as the Federal Minister for Human Rights. Earlier this week, on July 10th, Mazari appointed Mir Iftikhar Ahmed Lund as the Focal Person for Human Rights in Sindh which created huge chaos among the masses. The official notice was issued by the Human Rights office on Wednesday. 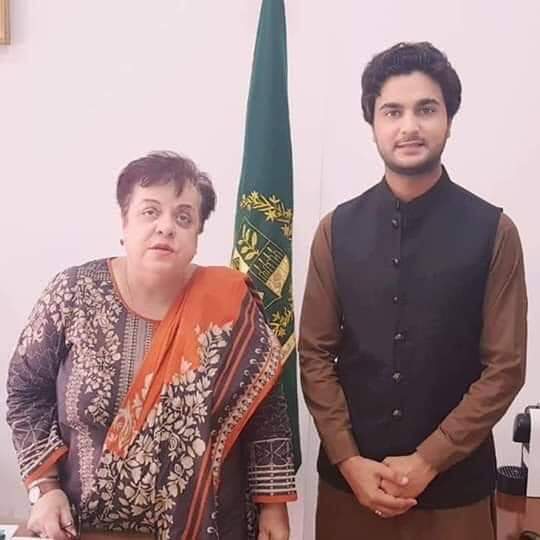 Among all the created dilemma, Iftikhar Lund’s appointment came out as sheer disappointment for Pakistanis. To clear the air, Lund on the same day recorded his statement regarding the matter. He labeled it a propaganda of Pakistan Peoples Party (PPP) against him and denied all the allegations.

This is what Iftikhar Lund had to say on the matter!

In April, Iftikhar Lund was accused of forcefully inserting a metal rod through his driver’s rectum. According to Allah Rakhio (driver), it was a matter of disagreement developed in between. Later, Lund along with his cousins called Rakhio to the employer’s house beat him with metal rods and then shoved one of the metal rods in his rectum. The whole incident was recorded by Lund which got viral on social media and Pakistanis were angered.

As Iftikhar Lund has a strong influential background in Ghotki, no case was being filed at first. As the video took an uproar over the mainstream media, the police then registered a case against Lund but with no intention of proper action. People were then looking over to the PTI leadership to take some action against Lund.

Well, the matter is still in a confusing state as the proofs are giving a different angle to it. The PTI leadership should have investigated the matter before appointing Iftikhar Lund as the Focal Person HR.

Countries Like China, U.S, And Russia Are Praising Pakistan’s Efforts In Afghanistan’s Peace Process
After Ali Zafar, PM Imran Khan’s Nephew Claims Meesha Shafi Is Threatening Him With A #MeToo Scandal!
To Top