Foreign Office Spokesperson Zahid Hafeez has said that there is no rift in the relations between Pakistan and Saudi Arabia. He was responding to a question at a weekly news briefing in Islamabad on Thursday. 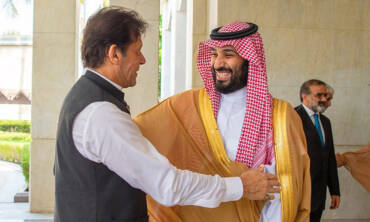 Moreover, he also said the two countries have strong economic, political, security, and military cooperation at all levels.

He said the visit by PM Imran and the landmark visit of Crown Prince Mohammed bin Salman last year has cemented our relations. It provided new avenues of cooperation in trade, investment, and other fields.

Pakistan’s army chief met with senior Saudi Arabian officials in Riyadh on Monday in an effort to ease a row between the two countries over policy towards the disputed region of Indian-Occupied Kashmir. 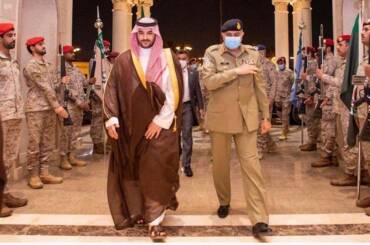 According to Reuters, General Bajwa’s visit was primarily military-affairs oriented. Meanwhile, his visit aimed at trying to calm the situation. If the Pak-Saudi ties are not mended, it could badly hurt Pakistan’s central bank foreign reserves.

Saudi Arabia is Pakistan’s traditional ally and have no rift in relations. It gave Pakistan a $3 billion loan and $3.2 billion oil credit facility to help its balance of payments crisis in 2018. Saudi Arabia also made Pakistan pay back $1 billion early and is reportedly demanding another $1 billion of the loan. Pakistan’s FO had to clear the air as there were speculations that Saudi Arabia has disowned Pakistan. Time will tell, what’s ahead for our future together.

Sindh Govt Gives Approval For New Districts In Karachi – But Do Karachiites Agree?
These Pakistani Celebrities Have Dated Their Indian Counterparts At Least Once
To Top