The 40-year-old Maryam Mirzakhani, the first and the only woman to win the prestigious fields medal in Mathematics died due to breast cancer. She was a professor at Stanford University and the University announced the news of her passing away.

In 2014, the Iranian was one of the four Fields medal winners and since had remained the only woman to win the mathematics equivalent award of the Nobel prize. Due to her work in Dynamic Systems and Complex Geometry, Maryam had earned the recognition she fully deserved.

“Mirzakhani specialized in theoretical mathematics that read like a foreign language by those outside of mathematics: moduli spaces, Teichmüller theory, hyperbolic geometry, Ergodic theory and symplectic geometry. Mastering these approaches allowed Mirzakhani to pursue her fascination for describing the geometric and dynamic complexities of curved surfaces spheres, doughnut shapes, and even amoebas – in as great detail as possible.” the Stanford press announcement said while addressing the death of the professor.

Born in Tehran, Mirzakhani had gained her education from Iran and Harvard University. Winning the award and representing the country was a proud moment for the Iranians. Hearing the news of her death, the president Hassan Rouhani passed his condolences.

“The Grievous passing of Maryam Mirzakhani, the eminent Iranian and world-renowned mathematician, is very much heart-rending.” 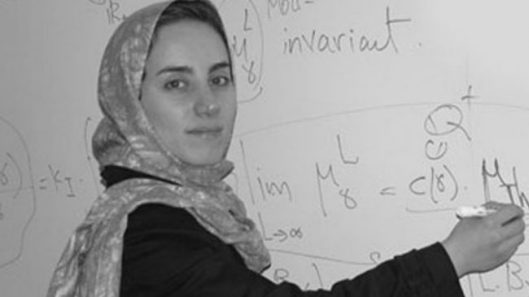 “Like being lost in a jungle and trying to use all the knowledge that you can gather to come up with some new tricks, and with some luck, you might find a way out”. – Mirzakhani while describing her work.

Women like Maryam Mirzakhani was and will continue remaining an inspiration for many out there. While the world mourns her death, Mirzakhani will always be remembered for her brilliance.

Rahat Fateh Khan Rendition of NFAK’s Rashk-e-Qamar for a Bollywood Film is Worth a Listen!
A Cab Driver in Lahore Is Winning Praises after an Incident Revealed His Honesty
To Top