Firdous Jamal made a snarky and over-the-top remark regarding the acting skills and career of Mahira Khan.

During an interview in the morning show ‘Salaam Zindagi’ with host Faysal Qureshi, there had been a discussion over the failure of Mahira Khan’s films this year.

So, it all started when Qureshi mentioned, ‘Mahira’s films haven’t been seeing success during this year,” to further add, ‘Most of her films that have been released aren’t been popular at all’ 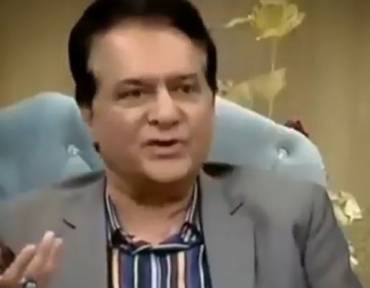 These simple comments triggered the controversial statements made by Jamal that then made him the center of negative attention.

He said, “That is what I wanted to say,” then adds, “Mahira is, sorry to say, I don’t care if this offends anyone but she isn’t heroin stuff” at this point, many could consider that he is pointing fingers towards her acting skills. Jamal also said, “She is a mediocre sort of model” this is not the first time that famous celebrities have addressed Mahira as nothing but a model rather than a full-fledged actress. Most of her fans and the internet is supporting her because they figured the comment to be unnecessary; resulting in Jamal receiving hate comments.

Many didn’t criticize Jamal yet for the first part of the interview but he added in the extra drama through his additional comments. He said, “Sorry to say. First off, she is old. There are not many heroines of her age. So, she should be playing the role of a mother instead of a heroine” 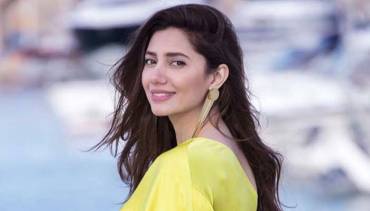 This had been the last straw for a lot of people, probably because there is always undying criticism towards South Asian actresses ages. Not to mention, in this day and age, it is okay for older women to hit the screens as a heroine because age shouldn’t be a factor stopping people from playing certain roles. And it shameful to criticize one’s age, in general.

Were These Remarks Necessary?

It could have been possible to avoid the entire situation because this is nothing but bullying. Moreover, there could have been a decent and more critical way that Jamal should have applied. The continuous drama and shade that Pakistani celebrities throw at each other is seeing an increase. To the point that other celebrities are coming forward mentioning that they are tired of people demolishing each other’s careers. If one doesn’t enjoy the acting of another then they should keep it as a private matter. This is because once such statements make it to the public, it only creates further chaos for the people in concern.

Regardless, after Jamal addressed his ideas completely, the host Qureshi seemed to have a playful yet worried expression. It appeared that he believed the statements had been controversial, so he said, “Ab to yeh gaya” which frankly is quite true.

What do you think of the situation? Do you believe that Firdous Jamal should have expressed ideas like such? Or were they simply negative statements that could damage one’s career? Share your thoughts.

Turkish President Erdogan Talks About Kashmir And Afghanistan With PM Imran Khan!
Zulfiqar Bukhari Revealed That PM Imran’s Attire For US Trip Was Not Branded And Finally, The Debate Is Over!
To Top