Firdous Ashiq Awan who is the Special Assistant to the Prime Minister for Information and Broadcasting came under heavy fire recently on her comments linking ‘tabdeeli’ with the earthquake. Whilst she was speaking at a seminar on Social Media Change in Islamabad, tremors could be felt that jolted everyone causing a slight panic.

Awan took that opportunity to crack a joke saying that when change comes even the earth shifts; conveniently bringing her party’s slogan of ‘tabdeeli’ and ‘Naya Pakistan’ into the grave situation that has reportedly taken 19 lives in Kashmir region alone including children, leaving 300 injured, according to the sources.

A 5.8 magnitude on the Richter scale was reported to have struck Mirpur area of Azad Kashmir, splitting the roads and damaging various buildings on 24th of September.

There’s been a earthquake in Pakistan especially affected areas like Mirpur, can everyone please pray for people who have been affected by it. Many people may have lost homes, cattle, food, maybe even loved ones 😭💔#Mirpur #EarthquakeinPakistan pic.twitter.com/intk1iGC2K

The quake left people of Lahore and Islamabad running for the open streets while rescue operations were instantly carried out well through the entire night in the most affected areas. So many lost houses, lands, cattle and even loved ones. In these hard times, Firdous Ashiq Awan’s ‘humor’ was met with rage and disappointment, deeming it insensitive. 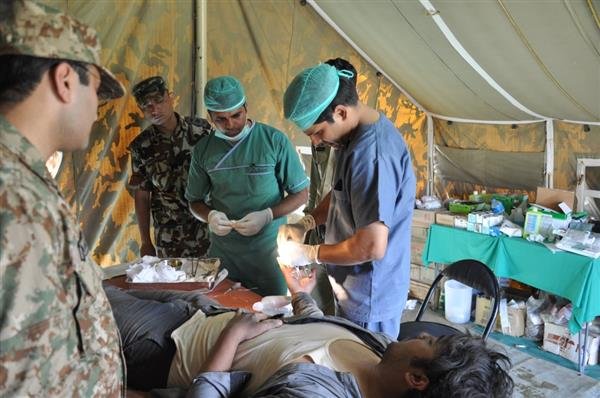 Firdous Awan wasn’t the only opportunist who made a thoughtless comment on the earthquake, Indians didn’t sleep on it either and resorted to making tasteless jokes. Apparently, this isn’t the first time Awan made controversial remarks that landed her in hot waters. Previously, her unbelievable stance on harassment faced by women also ruffled the feathers of everyone.

I strongly condemned the disgusting statement given by Firdous Ashiq Awan . She must be shameful on her statement. People are dying due to earthquake and she’s singing Tabdeeli.

“This restiveness is a sign of change that earth has also taken a turn. Maybe this early change is also not acceptable to it.” – Awan

Meanwhile, Special Assistant to #Pakistani PM #ImranKhan on Information and Broadcasting Firdous Ashiq Awan made insensitive remarks on the earthquake: “This restiveness is a sign of change that earth has also taken a turn. May be this early change is also not acceptable to it.” pic.twitter.com/aPNA6efDWR

After Fawad Chaudhry, Awan takes the highlight of being an embarrassment for the nation, according to this user.

Truly hard to decide which PTI minister is more embarrassing. Today it is definitely Firdous Ashiq Awan, but who knows what fresh hell tomorrow will bring. 🤷‍♀️

Zero IQ, below the belt humor and arrogant, is how she is being defined by some.

Everything is a joke for this woman which is never funny for anyone else. Zero IQ, self-professed humor and Insafians arrogance gives you Firdous Ashiq Awan. pic.twitter.com/jhDx483ZSo

Many have placed forth their demand to remove Awan from her position as she has brought nothing but embarrassment.

The tragic event ruining the lives of many has brought immense pain to the citizens of Pakistan and Awan’s comment made everyone lose their temper. She was heavily criticized and slated. No amount of clarification from her side would reverse the damage that she has brought upon herself. Earthquake in 2005 that shook Pakistan burying people alive under the debris is a grave reminder of what Pakistan suffers when tremors are felt.

Firdous Awan releases a clarification statement saying her comment was ‘taken out of the context’.

PM's aide on information Firdous Ashiq Awan says her statement that ‘earthquake is linked with Tabdeeli’ was taken out of context and she didn’t mean to be arrogant or insensitive pic.twitter.com/LxWaSAaKrj

She shunned the media for being irresponsible and portraying her in a negative light. Furthermore, she clarified that the joke was meant to be light humor aimed towards calming the nerves of the participants but was taken entirely out of context and blown out of proportion.

There was no apology from her side on hurting the sentiments of countless Pakistanis but carried on saying that she condemns such act of irresponsibility shown by the journalists and media combined. No matter how pure her intentions were, her words didn’t reflect that, neither were they well thought out.

Have anything to add to the story? Comment on the section below!

A 5.8 Magnitude Earthquake Hit Azaad Kashmir & Salty Indians Are Making Fun Of The Tragedy!
Yet Another MiG 21 Crashed In Madhya Pradesh Proving The Incompetency Of IAF Pilots!
To Top