The whole world cried as the news of Sushant Singh’s death broke. Not only did the news hit fans in India, rather, Pakistanis were also left heartbroken. Sushant Singh Rajput was a 34-year-old rising Bollywood Star belonging to the region of Bihar. He took his life on 14th June 2020.

FIR lodged against Karan Johar & others

The Bollywood industry is very harsh and brutal. Many of the stars tend to throw tantrums, have horrible fights, and judge others they are competing against. In other words, the entire Bollywood industry is a full-fledged war zone of its own. Time and time again, Karan Johar, a famous producer, and director has been accused of nepotism by many celebrities such as Kangana Ranaut, Mahesh Langa, etc. In fact, Kangana Ranaut straight out called him ‘flagbearer of nepotism’. 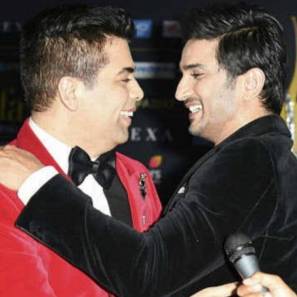 Earlier today, an FIR was lodged against Karan Johar, Salman Khan, Sanjay Leela Bhansali, and five others. In other words, advocate Sudhir Kumar Ouijha is firmly alleging that it was these 8 people that pushed Sushant Singh to take his own life! Many pieces of evidence stated that it was these people who didn’t want Sushant Singh’s movies to be released in the first place.

How Karan Johar & others are involved?

Sushant Singh Rajput, the rising star of the Bollywood industry faced the brutal lash of Bollywood no less. He was bullied by almost everyone in the industry. Many times, Sushant Singh wasn’t invited to functions and many other occasions as he wasn’t liked by the ruling kings of the industry, such Karan Johar, Aditya Chopra, Sanjay Leela Bhansali, and many others. Wow! If that isn’t high school drama kind of brutal, we don’t know what is. 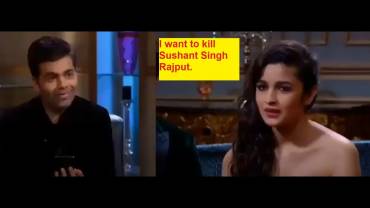 Overall, the star had to face hardships throughout the industry. It is hard enough to get a hamper on fame. To work hard and not get a recognition for it is very upsetting and brutal. In an interview way back, even young Bollywood star, Alia Bhatt took a dig at the poor actor, despite the fact that he was a great performer. In addition, she laughed on Karan Johar’s show “Koffie with Karan”, by saying

The story doesn’t end there, it became tougher for the poor man to let go of the hurt torture he was already facing, he didn’t need to be told he was a failure. No one has the right to fame or defames someone, bullying of any sort is a serious flaw and must be treated as a crime.

Hence, Sushant’s Singh’s death must be taken seriously. We pray for justice to prevail, especially for those who pushed Sushant Singh to take his own life. The court has announced the next hearing to be on 3rd July 2020, until then we can hope for the best and pray that Sushant’s family gets justice for their son who will always be remembered for his dedication and hard work.

Cleric Issues Fatwa Against Selling Plasma, Says It Is As Haram As Pork In Islam
Sushant’s Fans Find Scary Details That Could Be Reasons Of His Death
To Top