PSL 2020 is just around the corner as earlier today, the schedule and trophy of PSL 2020 were unveiled. Locals are quite excited as they tuned in to watch it live from the National Stadium.

With all it’s glory, the trophy was unveiled and I was left mesmerized by the beauty of it. PCB does know how to get the fans pumped up. Looking forward to the furious tournament, we’re already dazzled by the arrangement and the international players coming. 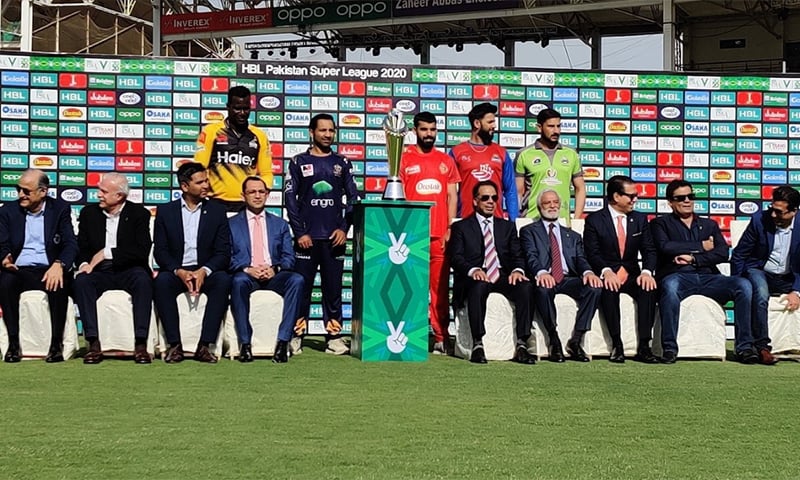 Can it get any better? Traffic being controlled, roads being furnished and so much happening for international sports.

Furthermore, this being the first HBL PSL trophy which was unveiled on Pakistani soil rather than Dubai. We’re amazed by the positive steps our new PCB chairman is taking. PSL 5 is going to be a blast, and we all know it for sure.

We can see our favorite stars surrounding the cup, making the moment more glorious than ever! Here’s the schedule for PSL 2020.

Preparations for the PSL 2020

Preparations are almost done for the heartwarming event of the year. Every cricket lover, around the world, has their eyes on the show right now.

However, the traffic situation has been announced to be controlled by the government and PCB. Last year, Karachi was on the verge of breaking down as we could see how hectic the situation got. We saw how people were waiting for hours in their cars to witness glory in action.

Meanwhile, people were not yet over the situations created last year, PCB was busy making sure they don’t make the same mistakes again. They have ensured security-checks, and the traffic situation is being controlled in its entirety.

Furthermore, after looking at the mesmerizing trophy, my heart has completely melted. That beautiful star at the top of it, says it all. Representing the star in the flag of Pakistan, the green shade makes it closer to the heart.

Nonetheless, new talent is ready to make sure that they get their chance to play in Pakistan’s cricket team. Babar Azam and Hasan Ali being great examples of PSL performers who made their place in the glorious team of Pakistan.

However, there are many young stars, featured and expected to light up the show. One of the most promising performers of PSL 2020 is expected to be Haider Ali from Peshawar Zalmi.