The core interest of Coke Studio Season 9, Momina Mustehsan has put the rumors of her broken engagement to bed. From last month, the social media was buzzing with the news of breakup with her fiance Ali Naqvi but Momina decided not to comment on it.

Yesterday, while the entire world of lovebirds were busy planning their schedules for meetup plans and sending love through every possible way (because of Valentine’s day), Momina shared an image on her Snapchat account in which she discreetly informed about her marital status.

To all concerned about my engagement

And after Snapchat, she has broken the silence on her Instagram account and openly spoke about her engagement. 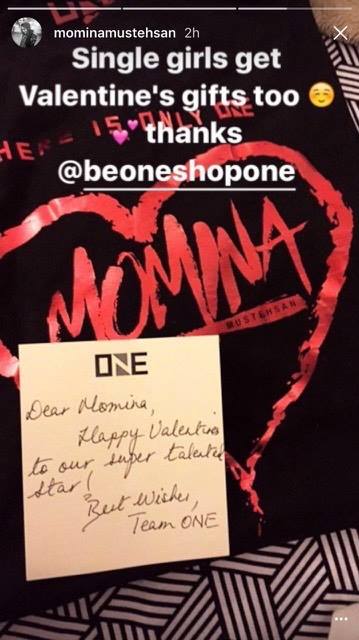 Momina Mustehsan after her Afreen performance in Coke Studio Season 9, has become the talk of the town and one after one her activities were scrutinized by social media humorists. Recently, when the winning team of PSL Season 1 Islamabad United appointed Momina as their brand ambassador and she sang their anthem, “Cricket Jorray Pakistan” the Twitteratis went crazy over her performance.

1. Prayers For The Brave Girl:

4. It Should Be Some Other Day, What Do You Say?

Didn’t she ask the media to stay away from her personal life. Why use the media now? #MominaMustehsan #Pakistani https://t.co/WSddxWIdkU

6. In Support Of All The “Singles”

It is true that every person has a right to privacy including celebrities, but being a public personality, they should be tactful in dealing with those who drag their personal life in public.

This Daughter’s Tribute To Her Father Who Passed Away Due To Cancer Will Leave You In Tears
Indians Went Nuts After Finding Dangal Star Zaira Wasim’s Mom Posting A Pro-Pakistani Photo!
To Top