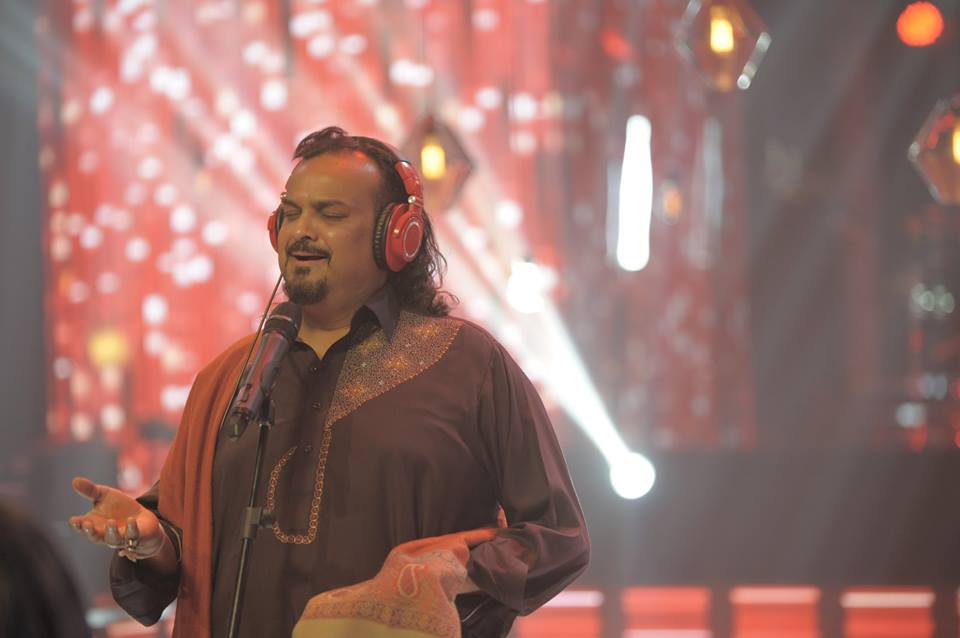 Coke Studio is always a much awaited music show for all the music lovers all over the world. Various singers and artists transform and renovate the music originals giving them a completely new charm and feel.

Pakistan’s Coke Studio Season 9 has become the talk of the town for many reasons. It has certainly entertained the fans with the best of remakes and given them with better debuts this season.

The reason why this season is prominently different from others was revealed right when the teaser was out featuring Amjad Sabri in it. Amjad Sabri lost his life a couple of weeks after he had recorded his performance, in a tragic assassination. He was a man who was equally loved and adored by not just his fans but every artist in the entertainment industry of the country and worldwide.

The tragic death of Amjad Sabri has made the Coke Studio 9 Finale much more anticipated and awaited. Amjad Sabri will be performing with Rahat Fateh Ali Khan which with no doubts is going to make it a huge hits. This is absolutely going to be a lethal combination of two musical maestros. Both, Amjad Sabri and Rahat Fateh Ali Khan are remarkable legends in the Qawwali genre. They have carried the names of their families in this field in the best way and have proved themselves as musical maestros in the industry since the very beginning.

Music lovers and Amjad Sabri’s fans have been religiously following the season with great interest and enthusiasm waiting for Coke Studio 9 Finale to enjoy a soulful performance by the two great musicians, one out of which being no more with us.

Rahat Fateh Ali Khan is the nephew of the Great Legend Nusrat Fateh Ali Khan who is globally loved and respected by people, who has not given just the national industry huge assets of music but also given honor to bigger industries like Hollywood and Bollywood to work with him.

23rd of September 2016, is the day when the anticipated episode of Coke Studio Season 9 will be aired and tuned all over the television channels and radio stations which undoubtedly is going to bring tears in every eye because of the fact that it will be the last performance by Amjad Sabri ever though revealed after he has left the world. He was truly an asset to Pakistan’s music industry that can never be replaced or regained. Coke Studio dedicates this episode to the Legend Amjad Sabri.

Artists to be featured in #FinaleFriday:

Here’s Why India Shouldn’t Even Think of Waging War Against Pakistan
This Is How Pakistanis On Twitter Reacted To The End Of Brangelina!
To Top