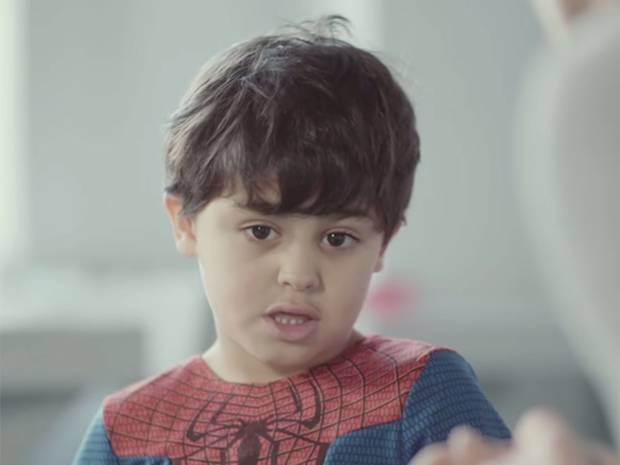 A new thought-provoking video from The Netherlands attempts to challenge the idea of “guilt by association” by getting children to apologise for recent acts of terrorism.

Shot by filmmaker Abdelkarim El-Fassi under the title #Letsunite, the video shows several young children being told they need to apologise for terrorist attacks committed by people from the same ethnic group.

In the film, a child wearing a Spider-Man costume is forced to apologise five times for crimes committed by Moroccans, while a blonde toddler is forced to say sorry for the actions of Norwegian mass murderer Anders Breivik.

This is followed by one father telling his hat-wearing son that theCharlie Hebdo killers also wore hats and therefore he had to distance himself from the shootings and apologise on behalf of everyone who had ever worn a hat.

The video also deals with the consequences of “collective guilt”, showing how children’s identities and confidence can be damaged from this culture.

This is shown by one boy who has aspirations to become a superhero but is quickly persuaded by an adult into seeing himself as a villain.

According to El-Fassi, the video is aimed at getting people to think about the growing culture of “guilt by association” and the impact this can have on individuals and groups of people in society.

He said: “I’ve never felt this uncomfortable while directing a video. Sure, it’s totally unethical and pedagogically irresponsible, and yet as a society we’ve practiced this on the macro-level for years. We’ve been talking certain communities into feelings of collective guilt for years.

He added: “This has to stop, otherwise the problem will fester on for generations to come. I don’t want my nephew Hamza, who can be seen in the film, to be held accountable for matters that have nothing to do with him. He is a third generation Dutch-Moroccan. There is no justification whatsoever for him being treated differently from his white peers.”

El-Fassi is the founder of media group Zouka Media and is known for thought-provoking videos that deal with social and international issues.

Last year, his #doyoucare campaign video attempted to call attention to the number of children that died during the Gaza conflict of 2014.

The Article Was First Published in The Independent