It’s the month of Ramadan, and it’s a call for every Pakistani to rack-up maximum virtues. During this particular month, the enthusiasm to do good, seek virtues and make a difference in people’s life is in full swing. For a fact, the month of Ramadan oversees maximum proceedings in charitable work more than any month in a year. Call it motivation of people or whatever but that’s the beauty of it!

Pakistan suffers from extreme poverty and it’s a grave barrier to our nation’s progress. Statistics reveal that around 82.6 million people are food insecure in this country. Amid a life that does not even guarantee three meals a day, people have been left astray different routes just to earn bread and better. The situation is really grim and it falls on the society’s shoulder as a dilemma that must be dealt. Wiping out hunger is a major challenge for our nation on all grounds. We have to engage efforts for the welfare of people who shall hail for the future of Pakistan. Consider making a difference in people’s life, your contribution can go well on any scale. We probably do not realize how certain little acts can make a difference on such a considerable scale. Any effort, big or small can play a significant role in making a difference and we might not realize it. Similarly, there’s a campaign going on that actually relates to making a simple, easy effort and accounts for a significant change. 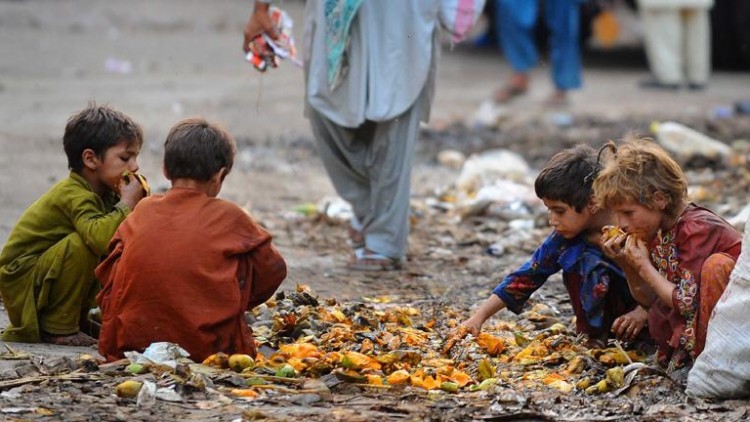 Have you ever imagined you could actually contribute in keeping someone full with nothing but running a few steps on your smartphone? You simply have to tweet or post #FillThePlate in order to proceed with it. Every Tweet or Facebook Post you compose with this hashtag will go down in donating a meal to the needy. Simply put: 1 Tweet/Post = 1 meal

You can appreciate this remarkable campaign, express how you feel about it – just show your presence, let the world know you care for our people, you care for Pakistan and are proactive in pursuing every good thing that conspires for the betterment of our society. This step initiated by Adamjee Life Insurance is surely integral in combating malnutrition that has succumbed in our society.

Honestly, it does not get any simpler than this. Making a difference does not get easier than this easier. Considering how we are so drawn up to technology, finding such a comfort in propelling an important change is really great.

The future of this country falls into the hands of people who battle malnutrition… Let’s fight for Pakistan by filling their plates!

Wasim Akram and a lot of other notable celebrities have played their part, joined the interactive initiative and now it’s your turn. The King of Swing, Wasim Akram whose an integral figure of Pakistan realizes the void of hunger and malnutrition inflicted on our society. He supports this campaign in eradicating this issue and urges you to play your part!

Increasing poverty and hunger levels have caused a rise in malnutrition in the country. Wasim Akram Live amplifies our drive against the issue and showcases just how basic nourishment can go a long way in helping children like Kashi and assure a healthy Pakistan. Tweet/post #FillThePlate to join our cause, let’s combat hunger together!

Saw this touching video highlighting the issue of hunger & malnutrition in Pakistan. I'm proud to be a part of #FillThePlate @Adamjee_Life https://t.co/fBfl0zPXLd

Our cause that highlights the 22% undernourished people in Pakistan is joined by Imran Abbas to #FillThePlate of the people in need.

Moreover, you can see Iftar drives led by Adamjee Life at Saylani Welfare Trust centers and Edhi homes across Pakistan. You can find road-side Iftar camps and Adamjee Life vehicles who are engaged in distributing meals to the needy and unprivileged on the streets of Pakistan.

So Pakistan, don’t you find it amazing that such a simple thing can make such a big difference? That should be your spirit. Make sure you play your part because it cannot come any easier than this. Let’s fight hunger, let’s eradicate malnutrition from our country!