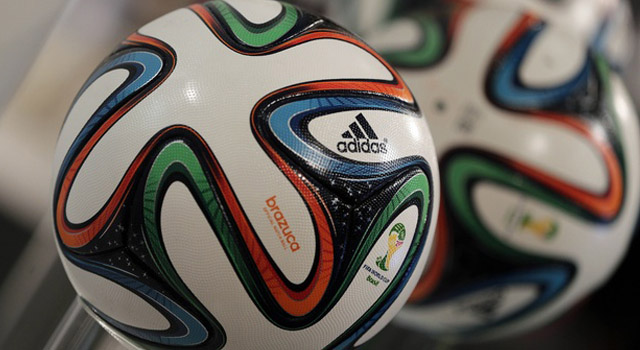 June 12 Brazil’s most popular game in the world of football in which the outbreak of World War I in Pakistan will go down but not up to the land of the football will certainly highlight the presence of the Green Crescent Colours.

The world’s largest sports goods export company in Brazil next month Eddie dos’ urld Cup soccer sports equipment supply contract is found, the China-based company that fit responsible for the preparation of hair but unavoidable reasons the company to soccer practice on time, fixed number could not be completed, the ‘dos’ Eddie institutions in other countries of the world, contact conducted.

The owner of a factory established in Sialkot Khawaja Akhtar also attended the mega event football dream eyes decorators ‘dos’ Eddie’s invitation to a delegation of Sialkot branch of your company so that they can be examined to prepare for World Cup soccer to get a contract.

Company representative reached the factory to see the conditions they were disposed to come here and was inconclusive meeting, company officials say it went in the factory ‘Stone Age’ equipment is installed, they forget that the Where would produce quality football. Hassan Abbas did not want to let this opportunity and factory equipped with the latest amenities needed for them to at least 6 months and 33 days in a given Eddie Dos company. He then had the passion and dedication that he did not think anyone had the time after the factory when Eddie dos delegation came back to see the latest equipment, but also football not only satisfy Preparation of the given order.

Hassan Abbas is a global festival of football will be 3 thousand football used to be mostly ‘Made in Pakistan’. In addition, football fans around the world suffering from fever for the different standards also set a target to produce 20 million is football.

The decade of the 1990s, 80 per cent of world football used were imported from Pakistan but in the past decade their numbers have been reduced to 18 per cent.