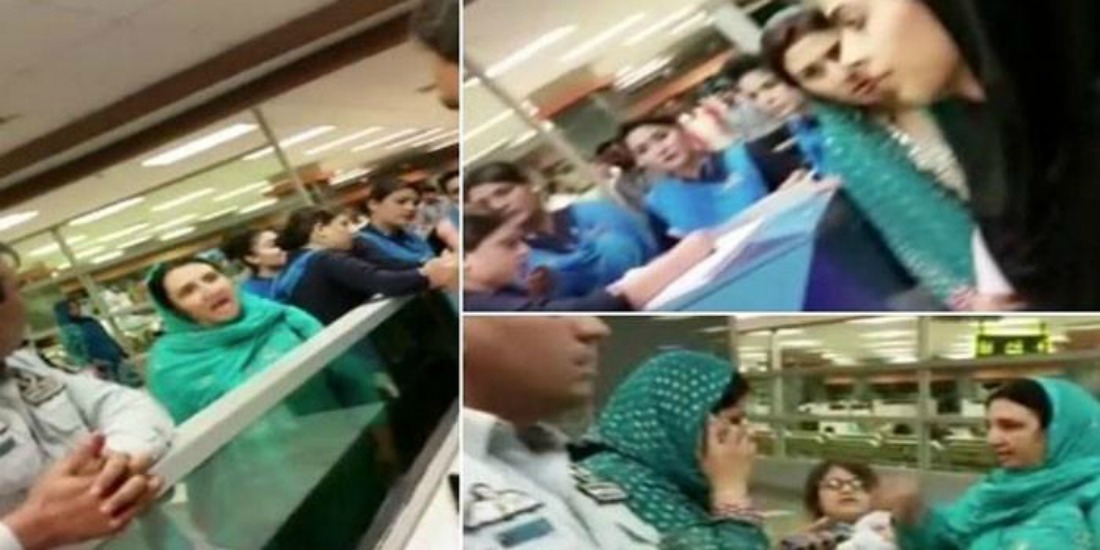 As they say, in today’s world, nothing can be hidden for too long, under the watchful eye of the camera. A few days ago a video had surfaced on Pakistani social media where female FIA officials were seen beating two women. To this video, the FIA had pinned the burden on the women, claiming that the issue was exaggerated.

However, a new video has surfaced today which clearly shows how ruthlessly the two women, a mother, and a daughter, are being beaten by the FIA officials present at the scene, which is the Benazir Bhutto International Airport, Islamabad.

As being reported, the skirmish between the women and the FIA officials started after one of the two Pakistani women of Norwegian origin went to the FIA counter room and said there was no toilet paper present in the washroom. This apparently was near the immigration department. On this, the FIA official said it wasn’t their duty and some harsh words were exchanged between them.

On this, one mighty female FIA official grabbed the women by her hair and started beating her, as seen in the video posted above. She then went on to handle both the women and beating them, along with another employee. Screams can be heard, with someone saying, “Sorry kero! Sorry Kero!”

This is how everyone is reacting to the video

@92newschannel Shameful act by FIA…. These type of FIA women only for Officers…..hmmm you know better…

Has FIA placed Gullu Butt (women) at ISB airport to torture people who fly to Pakistan to touch this soil. Barbaric and condemable. #ISB

The lynching of Mashal was done by a mob
but why FIA is torturing women like that at Airport?
Intolerance at its peak everywhere in Pakistan

People on social media have not reacted well to the news and want a definite answer from the FIA because initially, the agency had said that they did not beat any woman. However, after two different videos surfacing and clearly showing how brutally these women were beaten up, that can now be dubbed as false.

Initially, the family of the women who had been beaten up in the incident had said that they would handle the FIA officials themselves as they had close ties to the Khyber-Pakhtunkhwa Chief Minister Parvez Khattak. However, after this new video, the civil society are standing right behind them and labeling the acts of the FIA officials as blatant ‘ghundagardi!’

How To Cut Off Toxic People Out Of Your Life For Good
New Marketing Strategy Of Dissing Chai Has Slowly Made Its Way Into The Industry!
To Top