Pakistan’s neighboring country, India leaves no stone unturned in trying to soar problems for Pakistan. India, through her intelligence agency Research and Analysis Wing (RAW), is trying to disable Pakistan. However, Indians often forget that they cant Match the excellence of Pakistani security agencies.

On Saturday, the Federal Investigation Agency (FIA) detained a suspected member of the Research and Analysis Wing (RAW).

Another RAW asset Arrested by Intelligence agencies in Sindh…He holds the rank of SI in Special Branch Police Intelligence.. Great Breakthrough.. This is the 12th RAW agent that got arrested in a single month…

As per officials, “the accused ASI was on surveillance duty at the Karachi airport at the time of the arrest.” 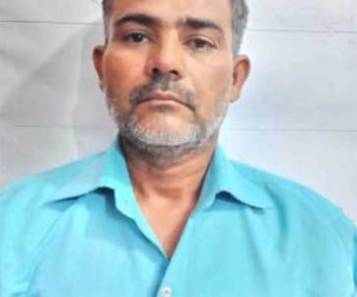 As per FIA officials, the suspect had been selected in Sindh Police in the year 1991 and belongs to MQM’s London group. Mansoor Naqvi had been involved in helping his associates at the airport. Furthermore, the suspect also found involved in terrorism and targeted killings.

Federal Investigation Agency FIA officials said that the Mansoor had visited India in 2008 to get training.

Another police officer from Sindh Police was arrested for supposedly working for Research and Analysis Wing (RAW). As per the police officials, the Special Investigation Unit (SIU) of the police and other undercover authorities had detained ASI Shehzad Pervaiz.  The Assistant Sub-Inspector was arrested from Gulistan-e-Jauhar in Karachi.

As per officials, the arrested ASI was posted at the Shahrah-e-Faisal police station. the official added that the ASI had been possessing two hand grenades which the police recovered.

According to police, the detained person was a member of MQM-London; he was involved in numerous terrorist activities. Furthermore, the arrested ASI was also serving as an important member of groups that are involved in target killings and terrorism.

‘Yes, I’m Sunni, He’s Shia And Our Son’s A Sushi,’ Says Unapologetic Blogger
Will COVID-19 Cases Increase In Last 10 Days Of Ramadan In Pakistan?
To Top