Feroze Khan Tweeted Something Really Spooky And Left Everyone Confused 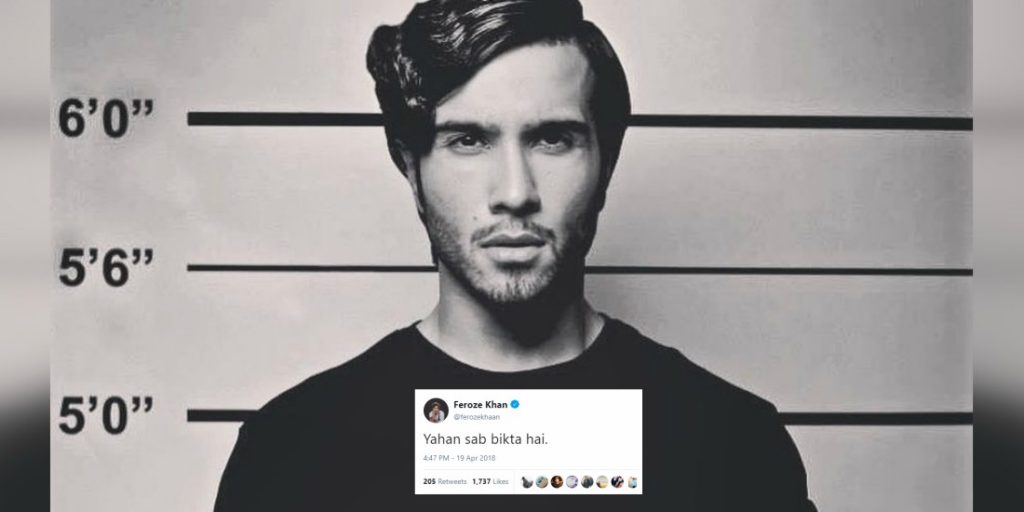 Feroze Khan the famous heartthrob who got married recently was already in the headlines, but his recent tweet has brought him back in the limelight. The apparently encrypted tweet has left everyone perplexed. People are unsure if it is related to his marriage or the recent controversy related to Ali Zafar and Meesha Shafi.

While people are still trying to figure out what exactly the tweet is about, let us share what he actually posted…

We are yet to figure out who is he pointing out at!

Such interpretation, much wow!

The audience spares no one… Not sure if our celebrities are supposed to give explanation for everything they say or not but they should not. All sort of assumptions are being made. Some people even calculated the time difference between Meesha’s  and Feroze’s tweet complicating everything.

Whether Feroze really tweeted about Meesha- Ali controversy or not, we don’t know yet. Only he knows the truth. What’s your stance on this?? What do you think he wanted to say? Share the comments below and tag all the real “najomis” you know to close the case.

Rabi Peerzada Has a Completely Different Take on Meesha-Ali Controversy and Oh My God!
Here’s Everything No One Told You About Kosem Sultan – Ottoman Royalty’s Most Powerful Woman
To Top