Time to time, the world has seen several famous celebrities turning towards a spiritual livelihood leaving their well-polished careers behind. Similarly, Pakistani actor Hamza Ali Abbasi previously parted ways from the media line to pursue his religious endeavors. However, now, it seems like another well-known celebrity, Feroze Khan has decided to follow the same spiritual footsteps.

It is indeed an appreciative stance as the actor may gradually become an inspiration for many around the world. Back in 2019, former actor Hamza Ali Abbasi, in a video message announced quitting showbiz to spread the teachings of Islam. This time, it might be the dashing Feroze Khan who embarks on a spiritual journey but the sudden decision is causing a bit of a worry.

Here’s what the actor’s wife posted on her Instagram story! 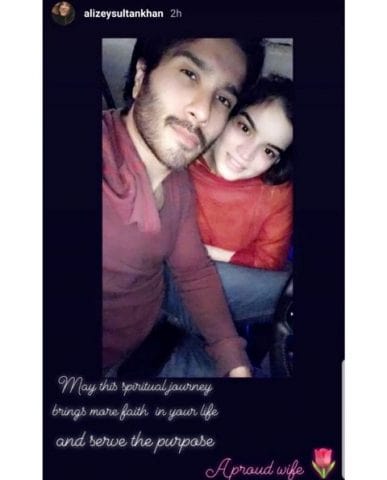 Particularly, the news emerged after the ”Khaani” actor deleted his official Instagram account and other social handles. According to local media reports, Feroze Khan’s wife Syeda Alizey showed her support towards her husband’s recent change of directions. Wishing him the best of luck, Alizey shared an adorable selfie with Feroze Khan on her Instagram along with a heartwarming prayer.

”May this spiritual journey bring more faith in your life!”

As of now, Feroze Khan, without sharing the reason behind has deleted his massively followed Instagram account. In 2018, the actor was spotted having a meaningful meeting with the famous Islamic scholar Maulana Tariq Jameel. Connecting the dots, many are now thinking that Feroze Khan’s spiritual change may have been influenced by Maulana Tariq Jameel. 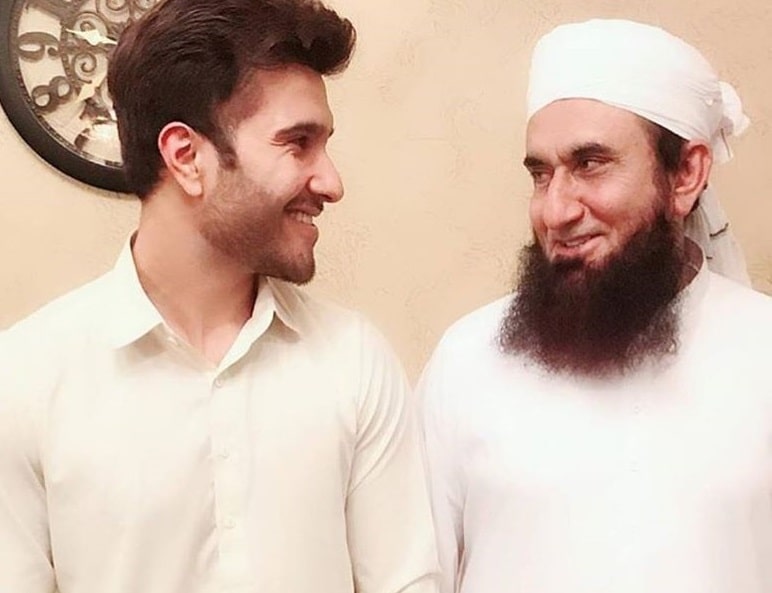 However, after Feroze Khan deactivated his social handles, his wife, Alizey wished him luck on his new journey. Taking to her Instagram, she wrote, ”May this spiritual journey bring more faith in your life and serve the purpose”. However, Feroze Khan, himself has not confirmed any news regarding his exit from the media industry.

Currently, the masses are eagerly waiting for Feroze Khan’s upcoming movie ”Tich Button” set to release this year on Eid ul Fitr. The leading cast of the feature film includes Feroze Khan, Farhan Saeed, Iman Ali and Sonya Hussain. Apparently, ”Tich Button” is going to be the debut film for the singer turned actor Farhan Saeed whereas, his wife, Urwa Hocane will debut as a producer.

What do you think of Feroze Khan’s decision? Tell us in the comments section below!

Indian Kabaddi Team Gets Disowned By Nation After Coming To Pakistan!
Karachi Groom Beaten By In-Laws For Trying To Marry Secretly!
To Top